I love shrimp, grits and fresh corn on the cob; all three together is even better. When I saw this recipe by Dawn Perry on Epicurious I knew it had to be a winner. I adapted it by cutting the water to one cup instead of 1 ½ and 1 cup of grits instead of 3/4 and more butter. I like my grits thick enough to eat with a fork. I also changed the seasoning from oregano and paprika to Cajun seasoning.

I had my tomato cucumber salad for a side and cut my focaccia bread into strips, sprayed with olive oil and toasted under the broiler.

In the photo you see some Palmetto Farms Yellow Cornmeal; I used their stone ground white grits instead. I had white sweet corn from Suter’s picked fresh this morning for the corn.

I got my liquids on boiling for the grits. After 10 minutes the grits were starting to thicken so I stirred the grated corn into the grits and heated the oil for the shrimp. I added the garlic and then the shrimp, then I realized the corn was supposed to go in to brown some. I quickly added the corn and let cook 3 minutes; stirred and let cook another 3 minutes.


I served the grits in a bowl with the shrimp and corn over with a pat of gorgonzola butter and some fresh chives over top. I must say that was delicious! 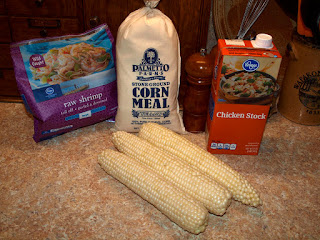 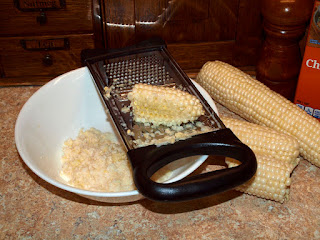 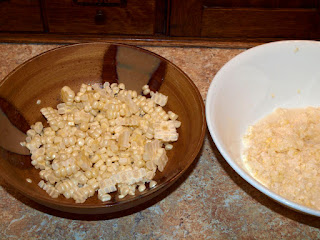 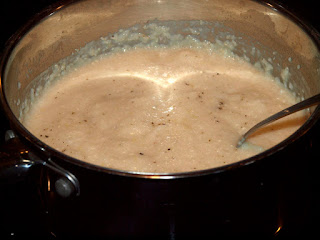 Garlic, shrimp, corn and seasoning in 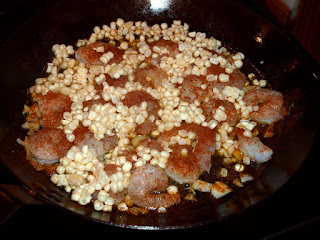 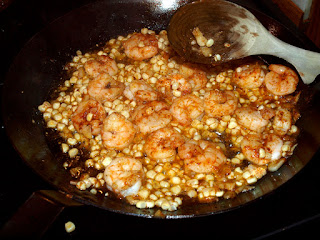 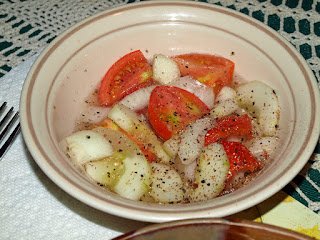 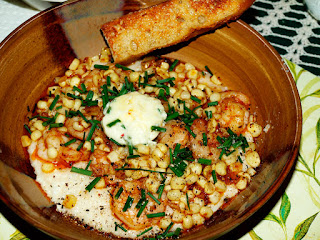