Pork and Kraut is one of my wife’s favorite meals and she likes it sour. Some kind of pork and kraut is my good luck New Year’s Day meal. I don’t fix it as often as I should. My favorite are some smoked ribs cooked in the kraut all day in a Crockpot.


I had almost a pound of kraut left from making sausage rubens to use up. I bought some Polish sausages from my butcher. I smoked them for 1 ½ hours in my Traeger then they went over some sliced sweet onions in a Crockpot covered with the kraut, about a half a beer and water, salt and pepper. It was on high for 3 + hours and then down to low. I left all the juice on the kraut so it was pretty sour.


I served it over some Bob Evan’s buttermilk redskin potatoes and had some organic bread and butter with it. I had Maille mustard with my sausage and it all tasted great! 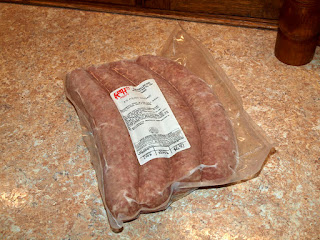 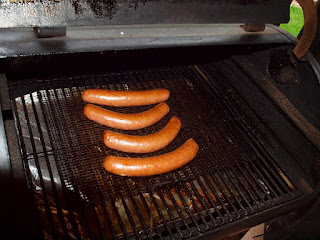 In the Crockpot over some onions 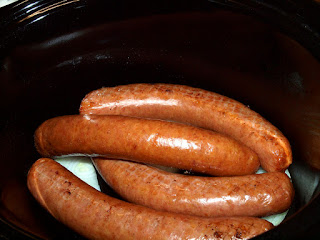 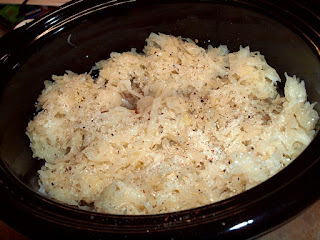 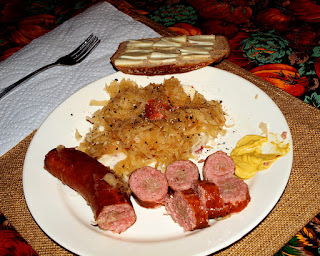 I was sure glad I popped over to Mary’s cooking blog The Deep South Dish and checked out her sausage reuben, it’s delicious! She said she got the idea from the Brick Tavern in Decatur, Alabama and the sandwich they call  a Five Fingered Banjo Picker.

Mary is my favorite southern cook and has a lot of good recipes, she is from about as far south as you can get in Mississippi. Her cooking is pure southern with Mississippi, Cajun and Creole influence.

The wife loves reubens but I use pastrami instead of corned beef. I used a pound of Bob Evans sausage and made 3 patties from it. I did them in my Traeger pellet grill for 45 minutes and then browned them up in my gas Weber at 400 deg. on flat grill grates 3 minutes each side and melted 2 slices of swiss cheese on top. I toasted the Kaiser buns.


I had some sauerkraut, sliced onion and tomato with Maille mustard on mine. The wife didn’t have onion on hers. We both thought they were pretty darned good. It was a good thing I didn’t fix and sides but had some chips with the sandwich. The sandwich was a whole meal, thanks for the idea Mary! 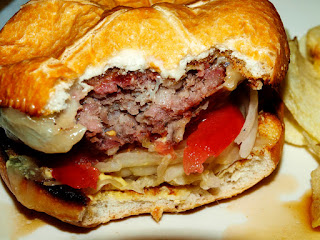 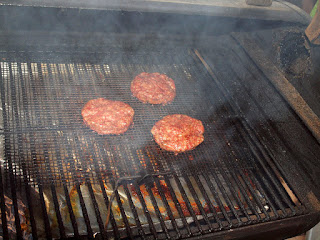 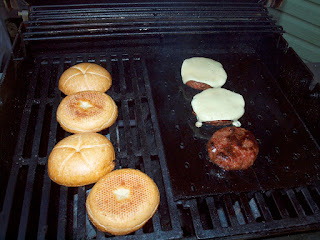 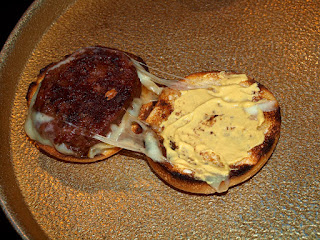 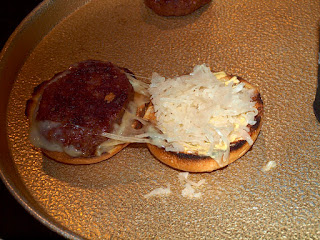 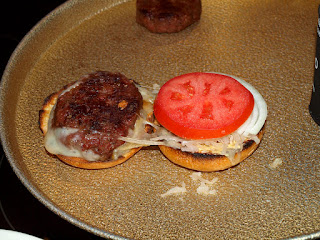 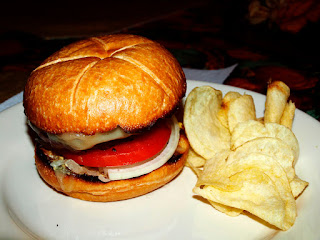 
I had heard of Demi Glace before but never really knew what it was. I found it was made from mixing a veal sauce and a brown sauce 1:1 and cooking it down half. There are other variations of it. I found some Minor’s Beef Base and Beef Demi Glace on Amazon that came in pints so I got some of it.


Looks like it is used mostly commercial since the mixing directions say the beef base makes 5 gallons and the demi glace makes 2 quarts.


I wanted to do some minute steaks and saute some mushrooms in a gravy so I had a little guessing on how to mix it. I mixed about a TBS of the beef base to 2 cups water for the steaks and another 2 cups for the mushrooms.


I browned the steaks in a little olive oil then removed and wiped out the oil and added two cups of the broth I had mixed. Steaks went back in and in a 350 degree oven for an hour while I sliced up 8 oz. of cremini mushroom and thin sliced some sweet onions. I cleaned a bunch of asparagus too.


I melted 3 TBS. butter and added in the mushrooms & onions, when they cooked down some I added in most of the 2 cups broth and turned to a simmer for about 25 minutes. I added about a good teaspoon of the demi glace and stirred it in. Then I sprinkled some Wonder Flour over the top and stirred. It thickened up about the way I wanted.


I had sprinkled some olive oil and balsamic vinegar over the asparagus and did it in the microwave for 3 minutes to serve. I toasted an English muffin and buttered. I heated some leftover mashed potatoes and served the mushrooms and gravy over them and the steak for the wife and me. That sure did taste good. I was happy with my gravy but overcooked the minute steak some by not covering while in the oven.

For the gravy & mushrooms 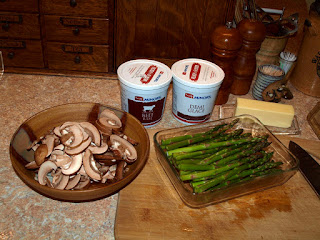 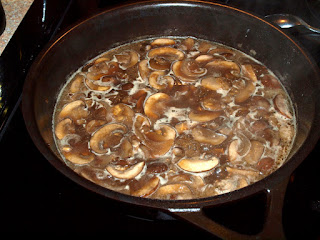 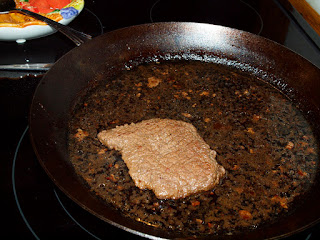 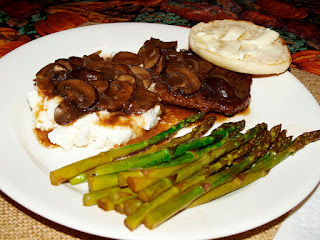 
I had a chicken bought for Sunday’s meal then the wife said she was going to the grandson’s soccer game so that left me alone to eat. I fixed it anyway along with some sweet potatoes. I usually do a fryer but all they had was a stewing chicken so I did it.


I brined the chicken overnight, spatchcocked it and in the fridge to dry several hours. I coated with a light coat of mayo and seasoned with some Trader Joe’s Chili Lime seasoning. I smoked it at 250 deg. For a half hour then went to about 300 deg. grill level, it took about 2 ½ hours.


I cut two sweet potatoes in half, a little olive oil and on a sheet pan at 350 deg. for an hour. I had butter and maple syrup on my potato with salt. I like a sweet and salt on them.


The chicken came out great! Love the chili lime seasoning, it will make some good wings. 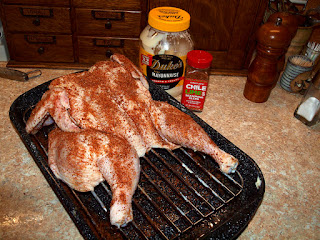 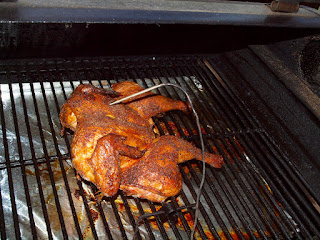 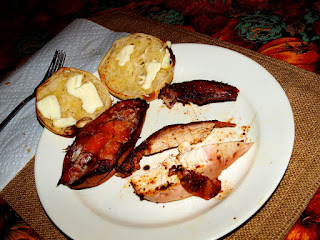