I had just used my new Instant Pot 6 in 1 pressure cooker to steam corn twice. I used it today to do a beef chuck roast and steam potatoes and carrots to mash.

If you have an Instant Pot you need a different steamer basket for small things. The insert that came with it is just for large chunks. The collapsible one I already had worked perfectly; you can see it in the first 2 photos.

The roast was from my butcher; 2 ½ pounds part of a 7 bone roast.  I steamed 4 large red potatoes and some carrots for 8 minutes. The potatoes were peeled and cut into large chunks. They were plenty done and mashed up easily. I added 4 large pats of butter and a couple large spoonfuls of sour cream and some salt. They went in the fridge and would heat up at supper time.

For the roast I used a package of Lipton Beefy Onion Soup Mix and some Pioneer Brown Gravy Mix stirred together and a cup of beef stock. I had 2 slices of sweet onion for the bottom of the pot.

I lightly salted and peppered the roast and cut it in half. I turned the pot to sauté and added some olive oil spray. When it said Hot I seared it on both sides about 3 minutes. I removed it from the pot added the onion slices to the bottom and coated both sides of the meat with the dry soup and gravy mix as I placed it back in. I poured the cup of beef stock over then placed the lid on and locked it. I went to “Meat Stew” setting and set the timer on 60 minutes. Within 10 minutes I was getting a nice beefy smell in the kitchen.

After it went to warm hold I let it set for 6 minutes then vented the steam. Be careful because after an hour it releases a lot of steam compared to a 4 minute steam. After it quite for a while I opened the lid and removed the meat to remove any fat and shred. It was pull apart tender. I let the gravy on warm hold. I nuked some green peas and heated up our mashed potatoes.

We had the beef and potatoes with gravy over, peas on the side and some buttered toasted English muffins. The wife and I thought it was very tender, melt in your mouth beef; some of the best I have had. My dog approved too; he got a few bites of the beef and a little of the gravy. I don’t feed him much table food but he is happy if he gets one bite!

I am going to enjoy having the Instant Pot this winter. 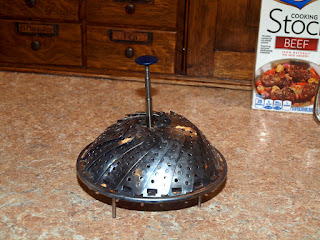 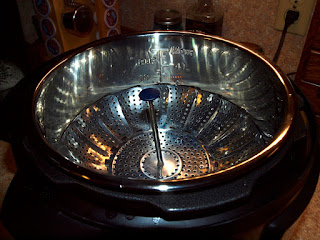 Potatoes and carrots done up early 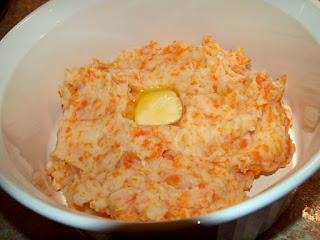 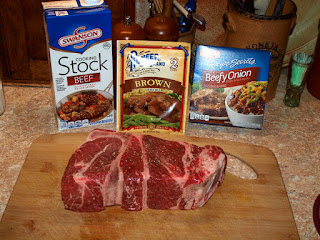 Roast seared and all in the pot 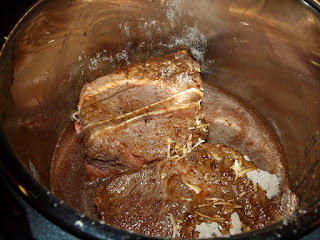 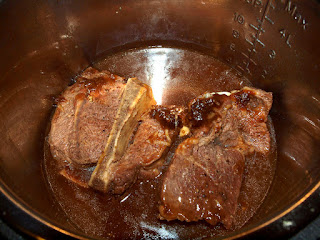 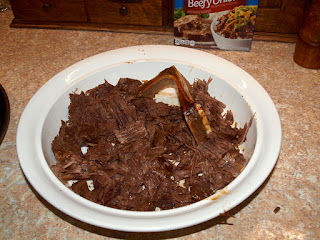 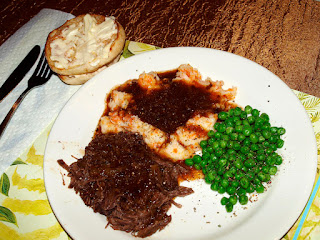