It has just been too hot for me to cook out; 93 yesterday and today. The wife was going out for supper with her Aunt and 4 cousins. I always like to have something with beans since she doesn’t like them too well. Yesterday I took a smoke goat shank and some of the meat from when I did a leg out to thaw. I decided to fix some chili with it so I bought a pound of small red beans and but on to soak overnight.

I usually do chili on the stove top but the shank would not fit the pot so I did it in the Crockpot. It would put less heat in the house anyway. I got the shank on cooking about 9 AM and all was done by 3:00 so let it simmer on low until I ate. There was more meat on the shank than I thought.

I had some grits leftover so I put some in the bottom of the bowl and had the chili over and some buttered saltines with it. It tasted pretty good, just about the right heat for me. I would have liked a little more meat in it but that had to do. So if you have any leftover smoked goat make some chili with it!

The shank and meat 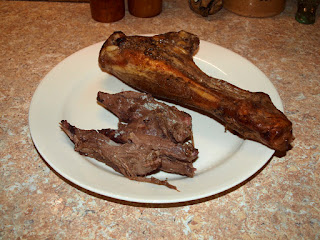 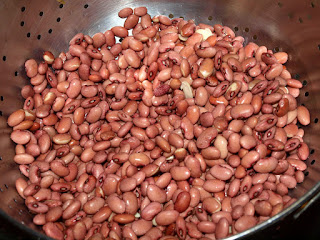 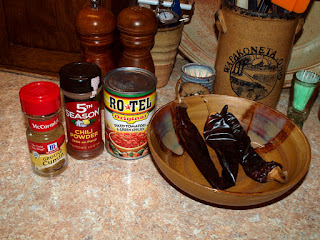 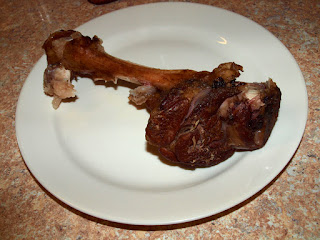 Meat from the shank 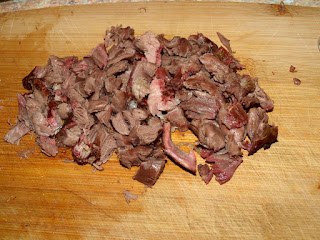 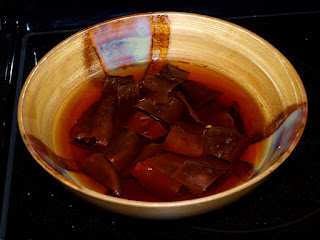 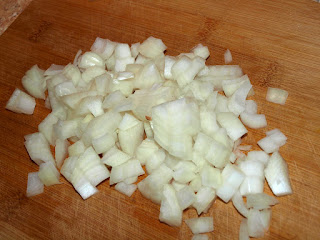 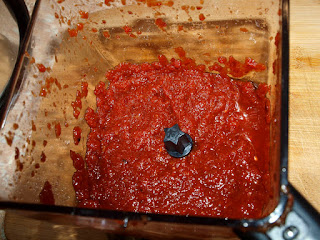 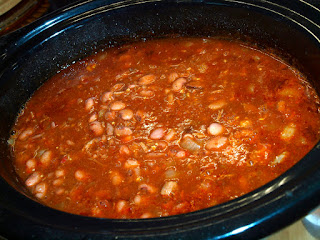 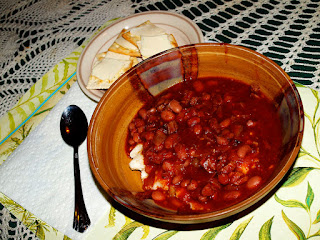