My Last Good BLT for the Season

Just another hot muggy day here! I did get the yard trimmed out before it got too hot. I use the hand mower around the perimeter and fence then the grandson does the rest on my rider for me. He came after school and did it and watered the flowers.

We had leftover pork chop, green beans and potatoes we could eat; but I looked at a large and a med. tomato setting in a bowl on the counter. I thought now that’s about the last good tomatoes I will get from my garden so I have to have BLT’s!

A had about a pound of jowl bacon in the freezer so took it out to thaw. I sliced most of it up and got it on my Traeger about 3:30 at 320 deg. grill level. It was done in just an hour. I had one extra thick slice I seasoned with some Super Pig and will have for a snack later tonight or tomorrow. The grandson went home after he did his chores, had plans with Mom & Dad for supper.

I toasted a bun and made up my sandwich. The wife had her bacon and tomato in a lettuce wrap. I know it’s a lot of pics for one sandwich but I wanted to savor this as much as I could. Sure tasted good. I will still be able to get tomatoes a few weeks from a produce stand in town but they are not as tasty as fresh garden tomatoes. 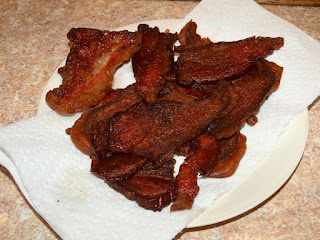 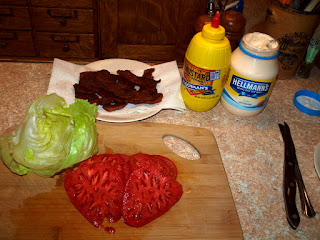 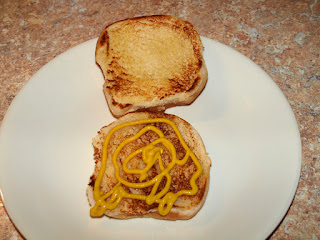 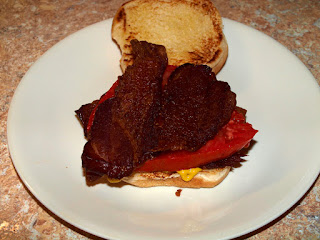 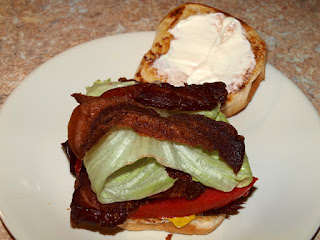 My BLT and a good beer 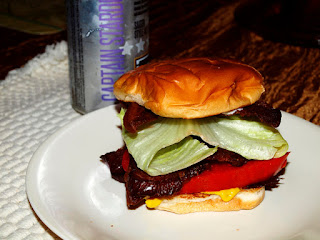 Mash it down and enjoy! 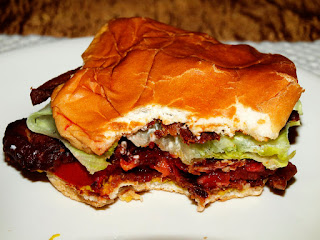