I had some cornbread left and had fresh garden tomatoes to use. Panzanella was a natural to think of. I searched the net for some ideas and found a good one at Two Peas and Their Pod. In theirs they used Jalapeno cornbread, lime juice, cilantro and a Mexican Cheese for more of Tex Mex flair. I used it as a guide and used my plain cornbread, balsamic vinegar, basil and mozzarella cheese for an Italian version.

I thought a meatloaf would be good with it so got 1 ¼ pounds of 80-20 ground chuck from my butcher. I mixed in a package of Lipton Beefy Onion Soup Mix, 1 beaten egg, ½ sleeve crushed saltine crackers, ¼ cup ½ & ½ cream, salt and pepper. I mixed it all up and in the fridge for an hour before smoking.

I cut up and toasted the cornbread early so all I had to do was assemble the salad just before supper.  I did the meatloaf on my Traeger. It took about 1 ½ hours to get it to 160 deg.IT.

Our son is away on a golf outing this week end so asked the DIL for supper; I know she likes panzanella. The grandson had soccer practice so she came ate with us and was taking him and a friend out after the practice. 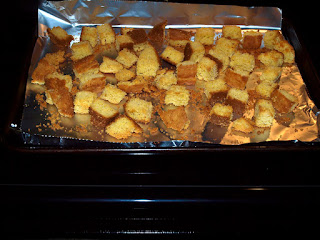 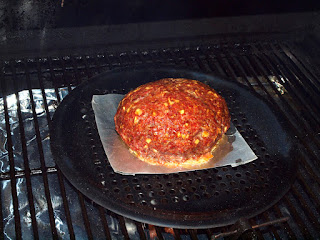 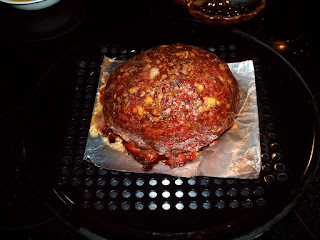 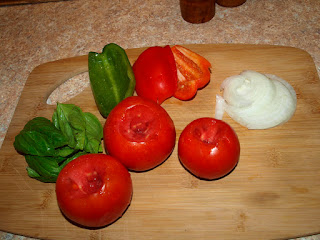 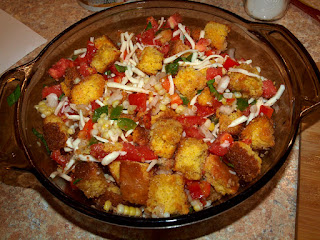 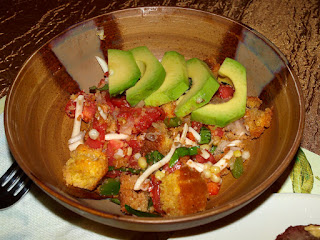 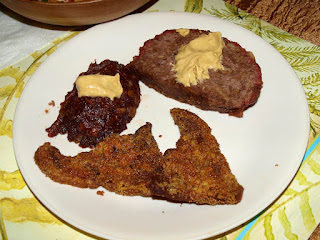