My wife went to church this morning and I was hungry. I had 4 small pieces of Kah’s pepper bacon left so thought I would make a skillet dinner.

I cooked the bacon in my Lodge steel skillet. When done I poured off all but a TBS. of the grease and added my diced up golden potatoes. I cooked until starting to brown then added some water to deglaze the pan and steam the potatoes.

When most of the water was gone I added in some diced onion and red pepper, added some salt, fresh ground pepper and cooked until onions were getting clear. I was ready to add an egg but saw I forgot to add the garlic scapes. I added them and then cracked an egg in.

When the egg started to set up I placed under the broiler to set the top of the egg. I topped it with some chives and set it aside. I toasted two bun halves topped with some gorgonzola garlic chive butter. I served it all with the bacon on the side.

That hit the spot! I found the little time the garlic scapes were in was plenty so in future cooks they will be added at the last minute. The first time I used them they were too done and the stems were tuff so this time I just used the seed pod and end. 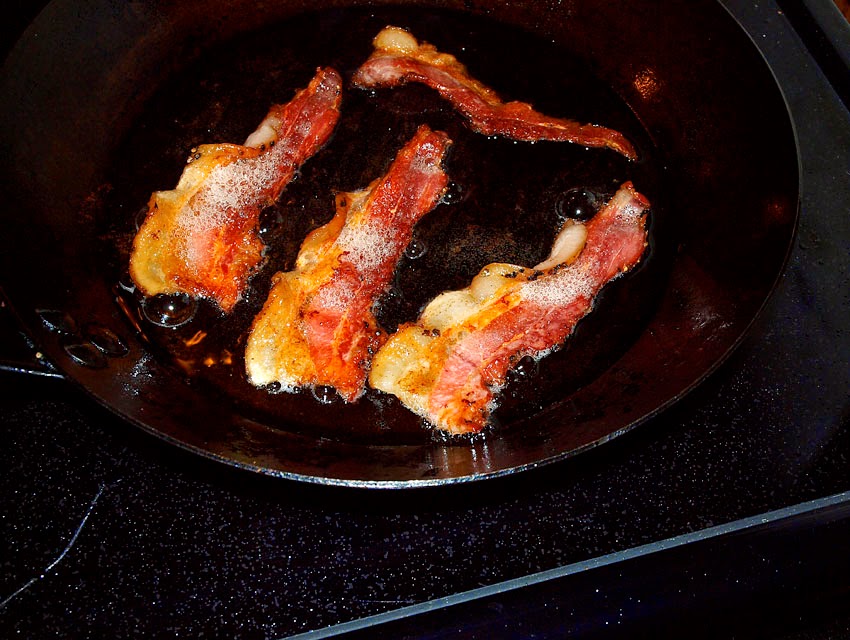 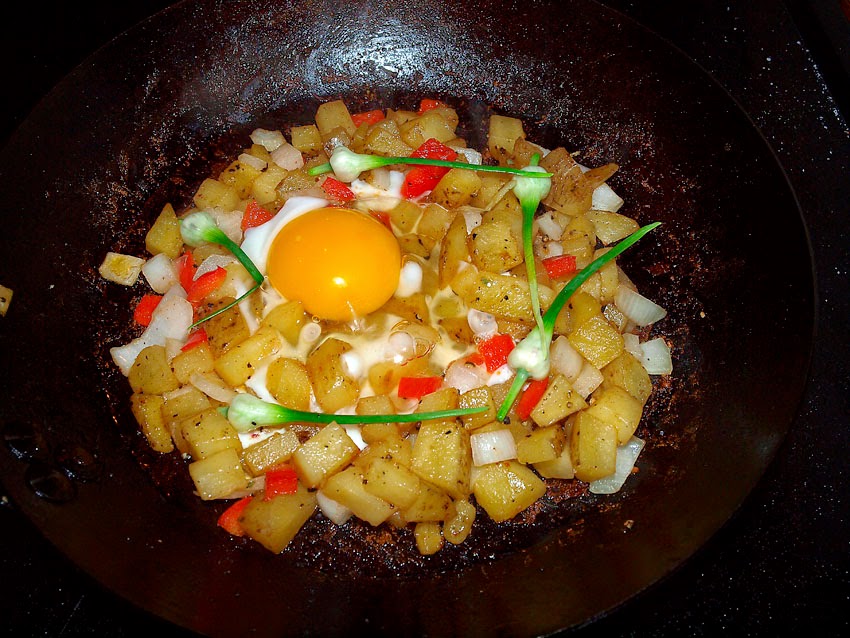 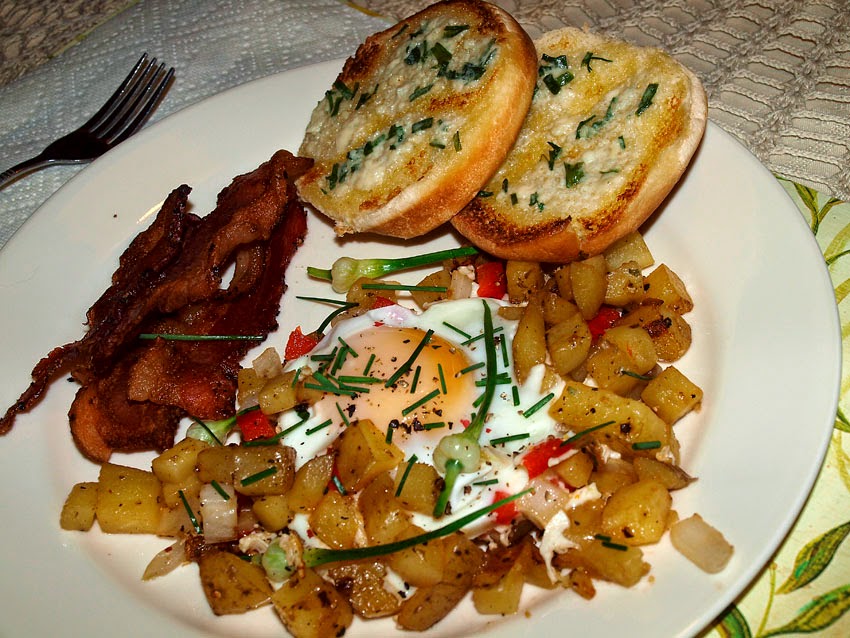 Some runny yolk to mix in 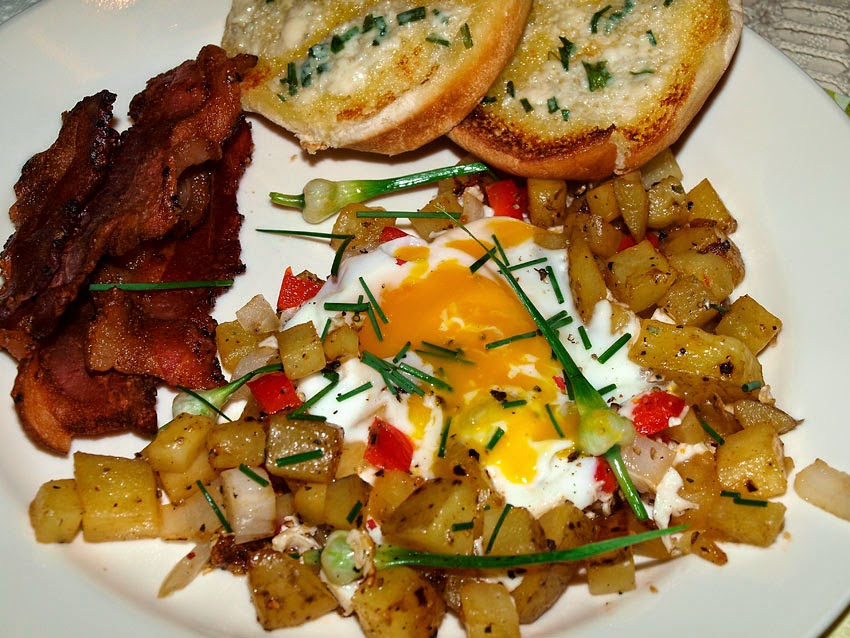