It was a great day today, some am clouds but sunny all afternoon. It was pretty breezy with a steady wind. My wife cleaned house today and the grandson was playing with neighbor friends. Our son is coming home from Vegas Sat. morning; flying into Cincinnati I have no idea what we are doing on Father’s Day and will be the last to know! I would just as soon stay home and cook. I think we are waiting till Mon. to go out and eat. Our son has to fly from Dayton Tues. back to Vegas for 2 or 3 weeks.

About 10:30 I decided to go get about a 4 pound pork butt and smoke it. No matter what everyone else eats I am going to have some pulled pork on hand for a good sandwich. Went to Kah Meats, they didn’t have a small one so I said just cut one for me and I will take both halves. The smaller one was just over 4 pounds and froze the other one I figure is 6 pounds.

I smeared on a light coat of molasses and seasoned with Stubbs pork rub. I fired up the Traeger and got the butt on just before 11:30. I had the smoker at 180 deg. and grill level was running 175 to 190. I let it there for an hour and then went to 225 deg. and was getting 250 to 285 deg. grill level. My P# was 4 and think I was getting more temp swings than normal due to the wind but I was getting some good smoke.

Most of the afternoon me and the dog sat out; watching the smoker and enjoying the day sipping on some beer. I did get up enough energy once to go in and move the stove out to take up the tile under it. Now I can get the rest up the day before they come to lay the new floor.

At 5:00 the butt was at 180 deg. IT so I went to 250 deg. and got grill level temps averaging 300 deg. My wife went with the daughter in law and grandson to eat out and then some shopping. At 6:00 the butt hit 190 deg. IT I tested with a probe and decided to pull it. I placed it in a roaster pan; covered with foil and in a 200 deg. pre-heated oven to rest for an hour before pulling.

I had a ham sandwich from yesterday’s pork and kraut and some of the kraut and spaetzel over mashed potatoes for my supper.

At 7:00 I got the pork out and pulled it. It pulled pretty easy and had good bark. Lately molasses has been my favorite glue; I like the nice bark it gives. I have also been not wrapping the butts; they come out with a crispier bark and are plenty moist. This should make some good sandwiches!

Hope all you Dads have a great week-end with some good BBQ! 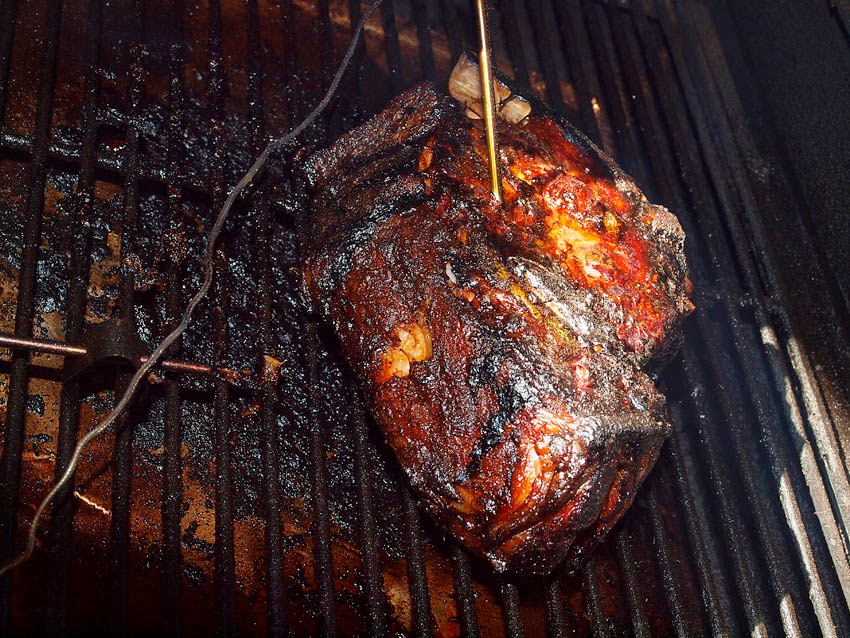 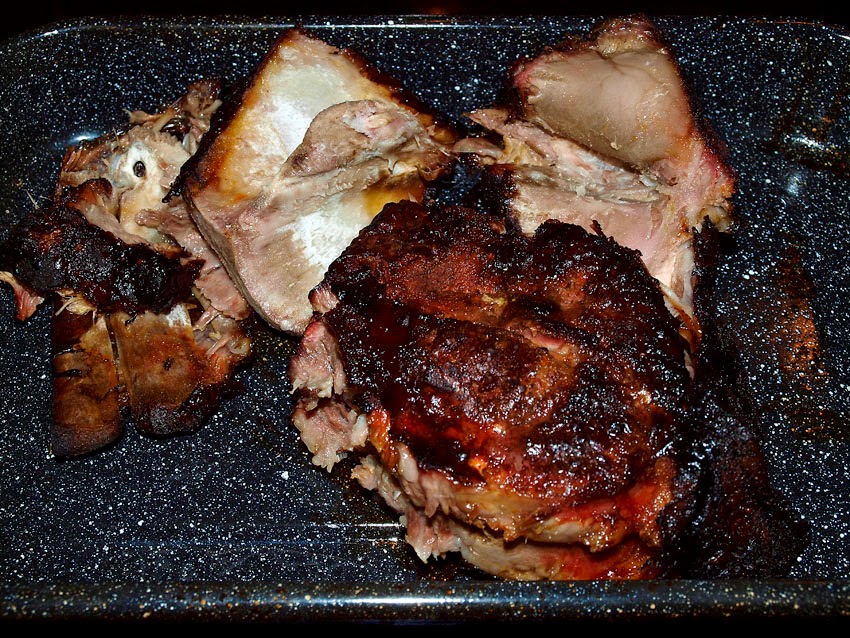 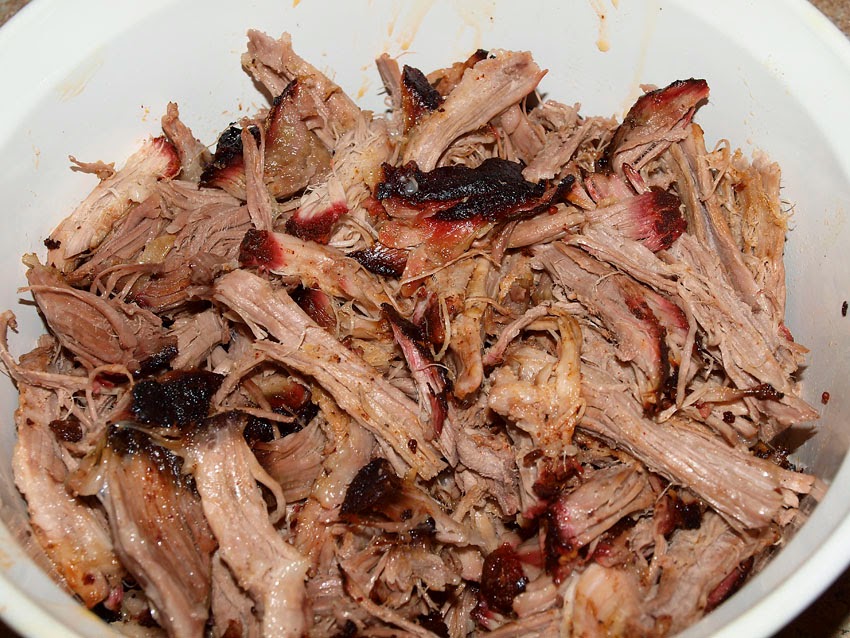