Another great day to be outdoors! I did some painting and rolled up the second tarp on my deck. Since I had screened in the eave of my deck I had to put 3 screw hooks in to tie up the tarp. I wanted to smoke a pound of almonds I needed to use up.

I wanted to do a chili lime seasoning on them. I forgot to get some fresh limes at the grocery so I used bottled real lime. I squirted enough on so there was some in the bottom of the dish, sprinkled on chili powder until coated good and then some smoked paprika. I stirred them every hour for 3 hours and they had soaked up all the lime juice. Usually I would have some olive oil on them too but I wanted some good lime flavor so thought I would add some half way through the smoke.

I used my weber veggie pan and did them on smoke, 170 to 180 deg. for one hour. I added some olive oil and stirred; upped the heat to 240 grill level for the last hour. Tasted great but did not get the lime as much as I would like. 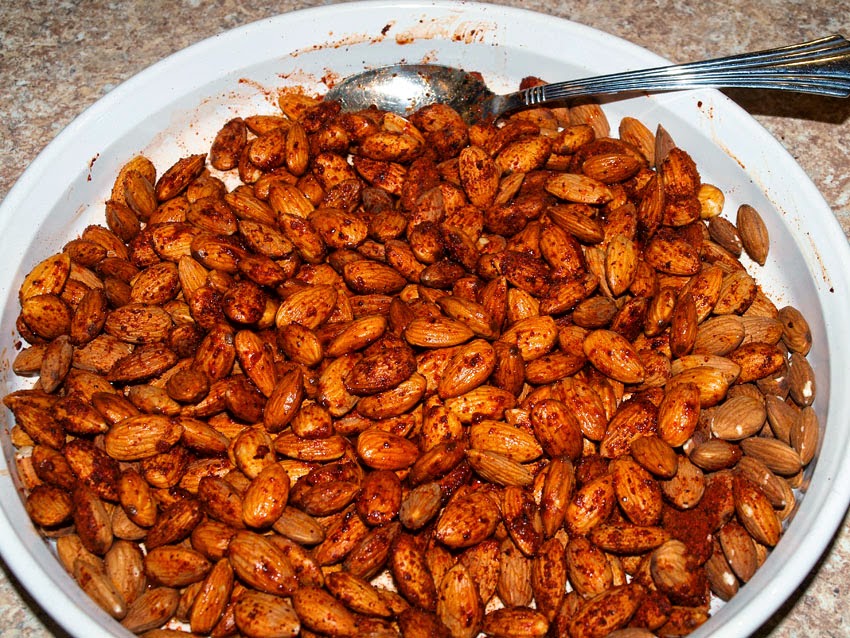 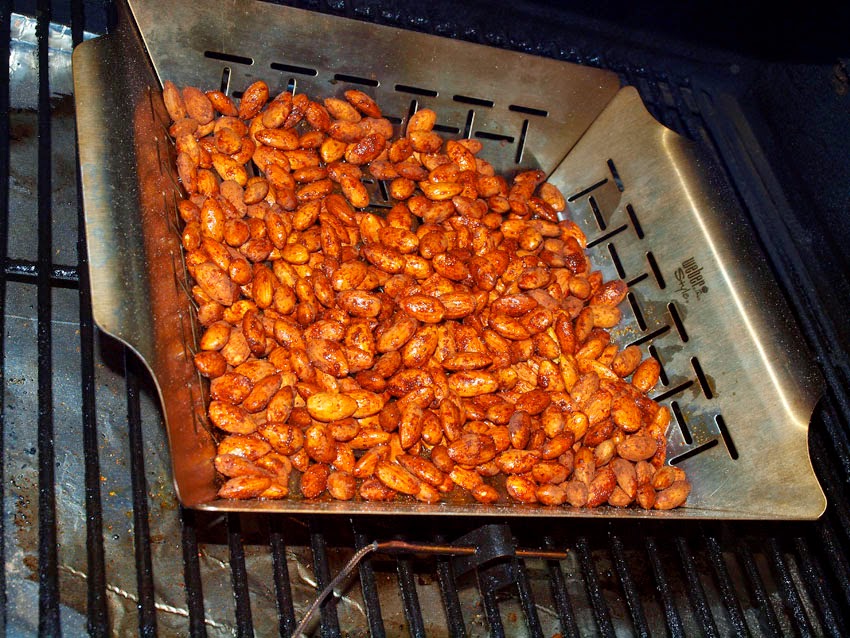 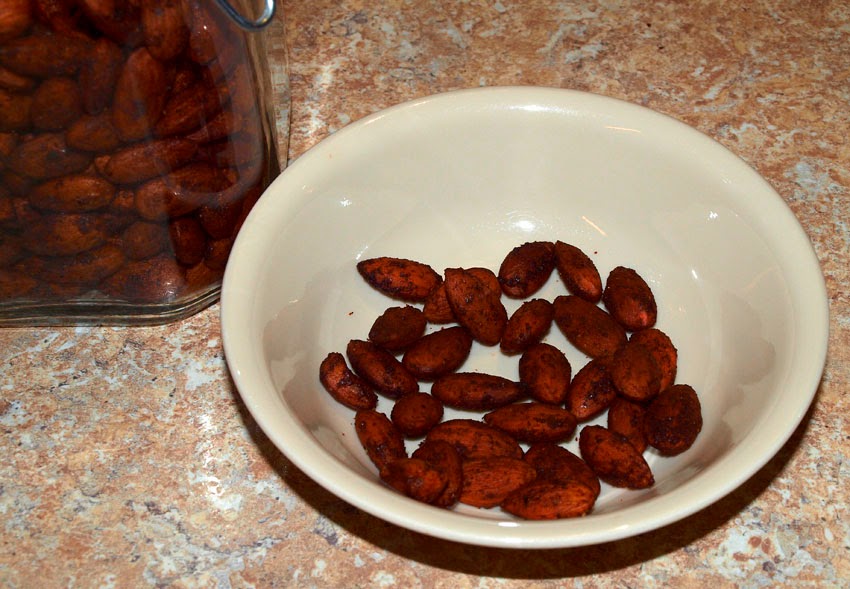 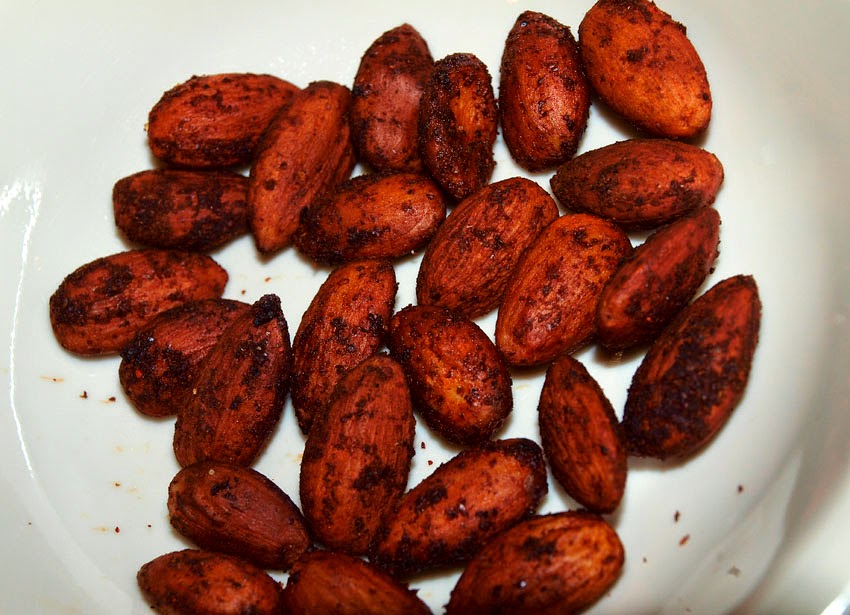