The salad I thought was the star of my supper tonight. It’s a salad made with fresh corn and herbs served at room temperature. To me it would go good with any BBQ and do if you find you have a vegetarian mouth to feed too. We have a vegetarian daughter in law who ate with us tonight, she liked the salad, roasted potatoes and garlic knots. The wife and I had the pork cutlets with ours.

The salad recipe I found at food52.com; where I have been finding some great new recipes to try and was buy Antonia James. She used fresh corn cut from the cobs and made her broth, to cook the quinoa in, from the cobs and some of the inner corn husks. Since I was using some of my vacuum sealed and frozen corn from last year I used some organic veggie broth.

After lunch I had some little red potatoes I peeled and cut up then boiled for 8 minutes, drained and added 3 pats of butter and some WOW, Savor Spices Way Out West seasoning. They went in the fridge until supper time. At 2:30 I drained what water I could from the thawed corn and heated in a sauce pan on med high heat just until cooked through. It went into the fridge for later and to keep crisp.

After I got the corn done I decided it had dried enough for me to mow grass; it had drizzled rain most of the morning and more coming the next two days. I got all done except for the backyard inside the fence.
I didn’t have time to get it done and have supper ready at 6:00.

At 4:00 I cooked the quinoa in the veggie broth; added in the sliced green onions, ¼ cup of red wine vinegar and the lemon juice. It set out until time to mix up the salad.

Just before 5:00 I fired up the Traeger and went to 300 deg. grill level. At 5:10 I placed the potatoes in a wire basket on the smoker. I went inside; sliced up the tomatoes, basil, and parsley and mixed up the salad except for a final drizzle of vinegar and olive oil. I turned on the oven for the garlic knots; seasoned the pork cutlets with Stubbs pork seasoning and they went on the smoker at 5:25. I had sprayed the flip side of my grill grates with some olive oil. I did the cutlets for 20 minutes then flipped for another 10 to 15 minutes. Somewhere in there I did the garlic knots for 9 minutes at 375 deg. They are take home and bake from Walmart.

It was a little hectic getting it all together and served but tasted good. We all liked the salad; I had some crumbled gorgonzola cheese at the table to add. The pork cutlets tasted good but too dry; definitely not my best.

The grandson did not eat, when my wife took him home at 4:00 to let their dog out and check on his new pet dwarf hamster Oreo he was hungry. My wife took him through McDonalds and got his favorite, plain cheeseburger and French fries. That was good, since I was a little skimpy on the potatoes it left more for us! Everyone got full and happy! 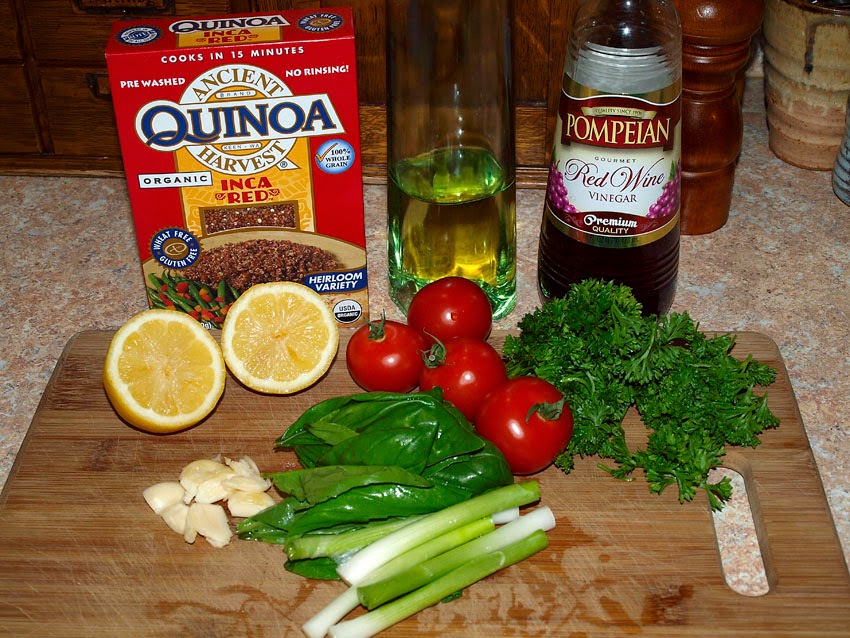 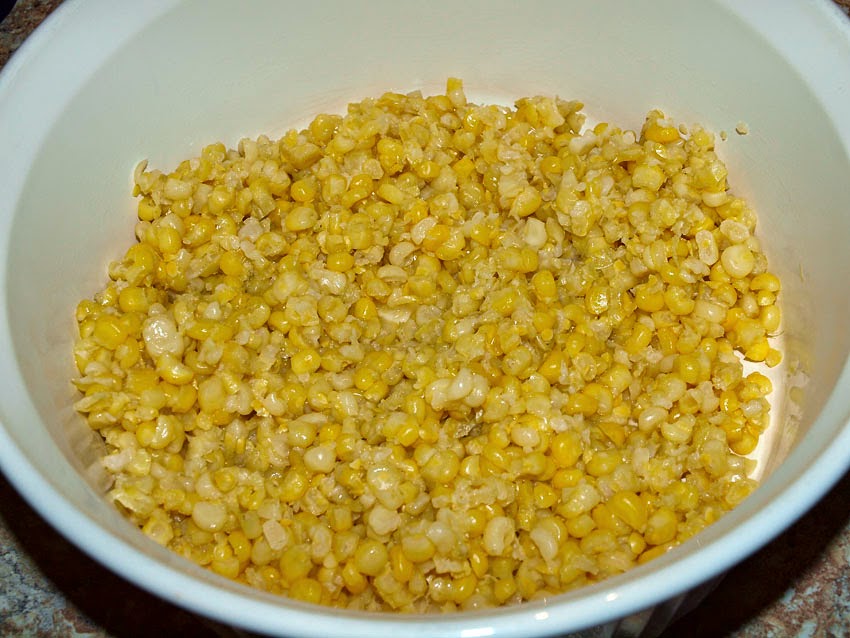 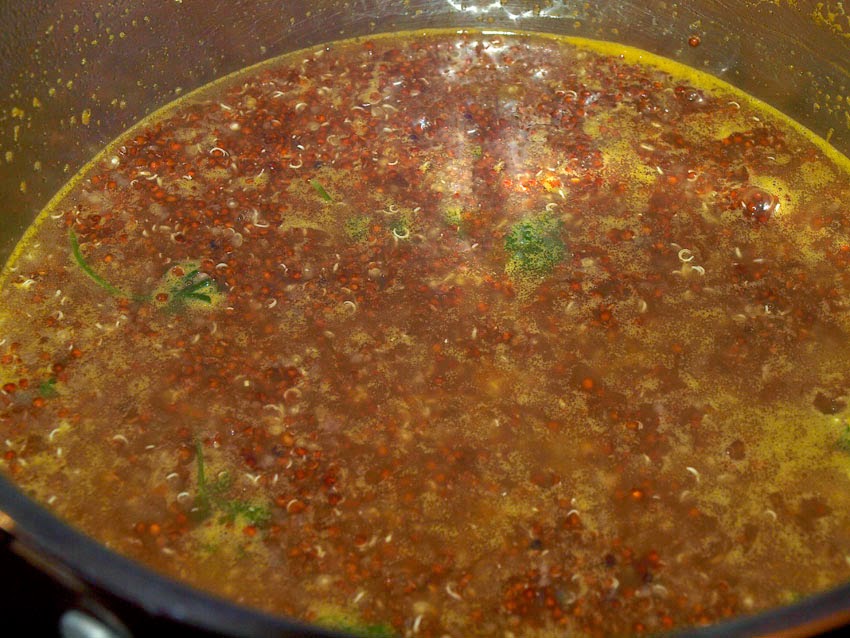 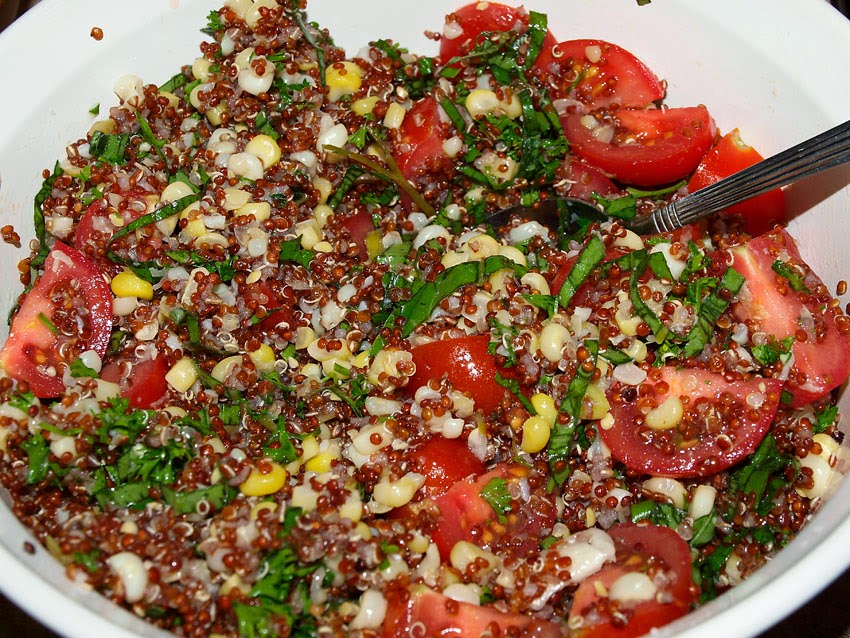 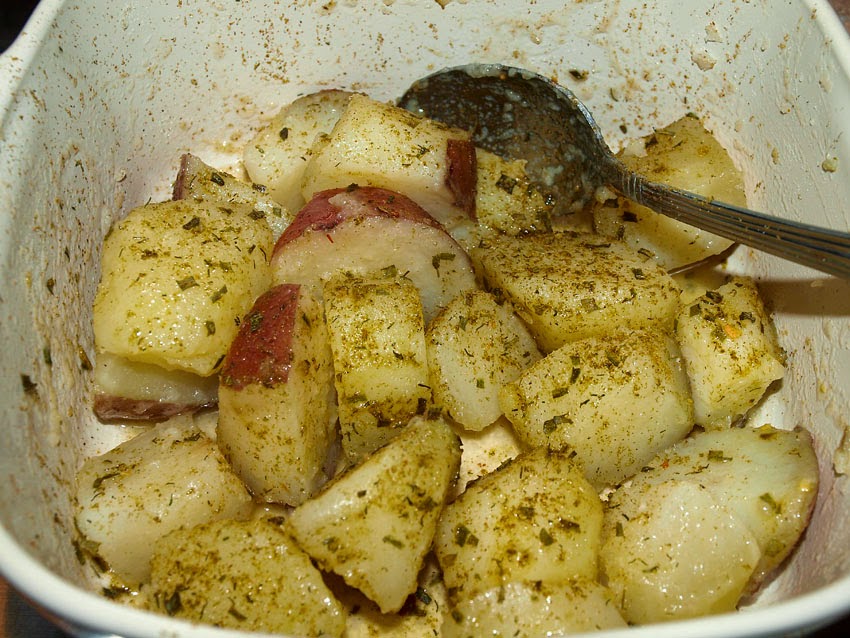 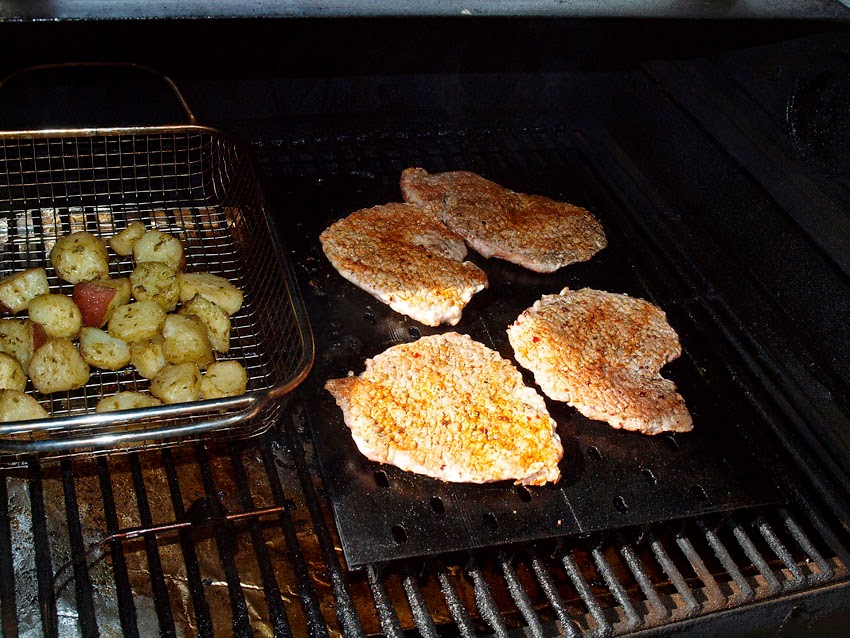 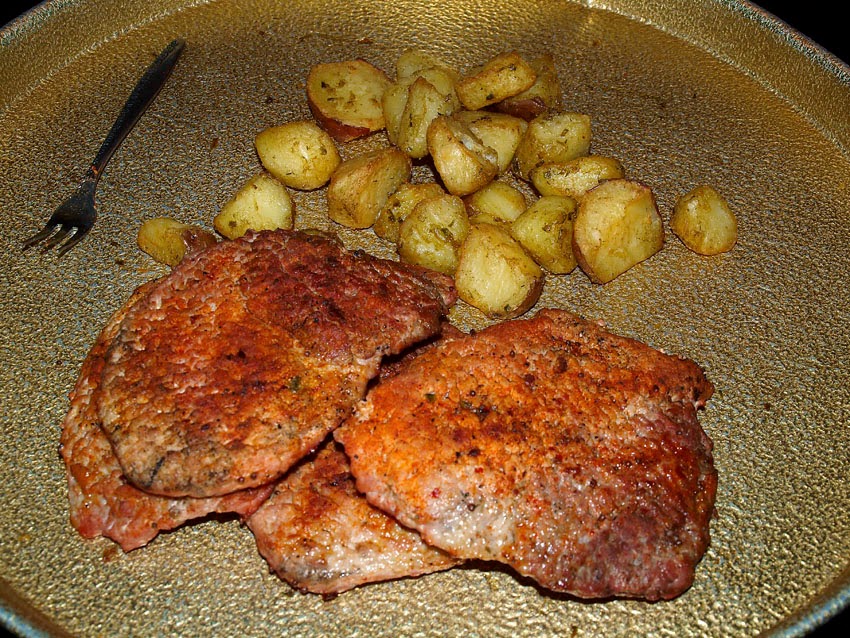 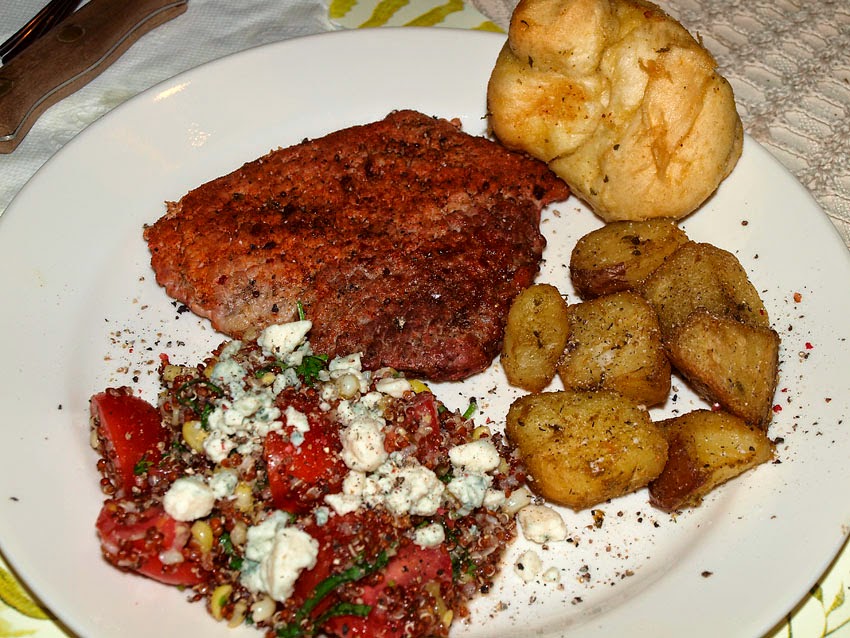