We had this great appetizer at the Beer Barrel Pizza and grill, Boursin cheese baked in marinara sauce and pita bread for dipping. We all liked it so well I decided I should be able to duplicate it. Looking up Boursin cheese I found it was a trade name and made with gournay cheese, similar to cream cheese and comes in several flavors. I had seen it in groceries and not sure why I never tried any.

I bought some garlic herb flavored Boursin and a jar of Barilla marinara sauce. I decided to try it with some chicken fajitas I was having tonight. I had flat bread for dipping and making the fajitas. I was using some of my leftover Cuban chicken.

The Boursin comes in a round cake and neatly wrapped in foil. I sprayed a baking dish with olive oil and placed the Boursin in the center. I poured most of a quart of marinara around it. I heated the oven to 350 deg. and heated a skillet for the chicken. I put the appetizer in the oven and sautéed the chicken, onions and red pepper with some Cajun seasoning and a sprinkle of cumin.

The appetizer was in for 15 minutes and the chicken was ready to make up the fajitas. My appetizer was as good as we had at the Beer Barrel. I wrapped the flat bread in paper towels and heated in the MW. It would have been better if I took the time to toast it in a skillet.

I had some avocado with mine, and taco cheese, lettuce and sour cream on my fajita. The appetizer done up in a nice dish makes for a great presentation and is fit for any party. It sure is simple to make. 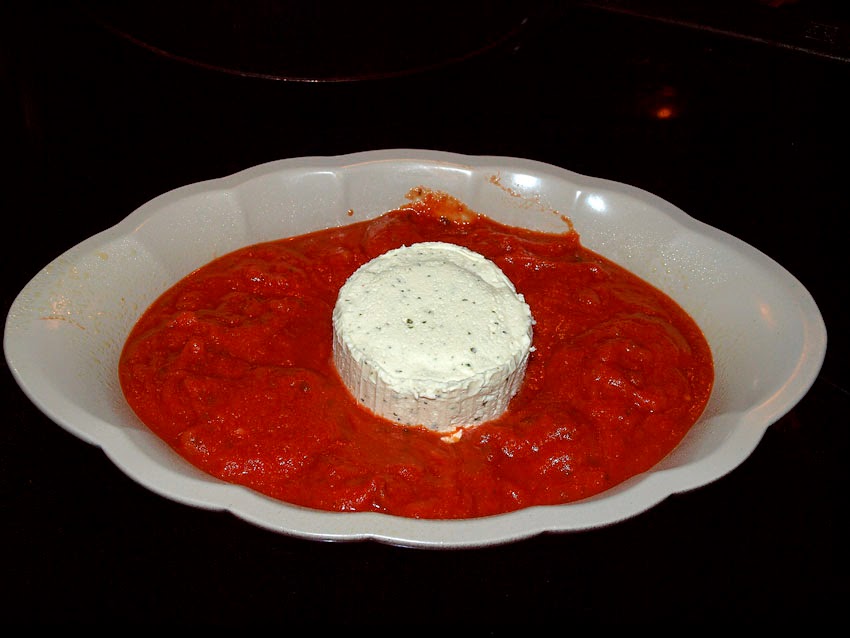 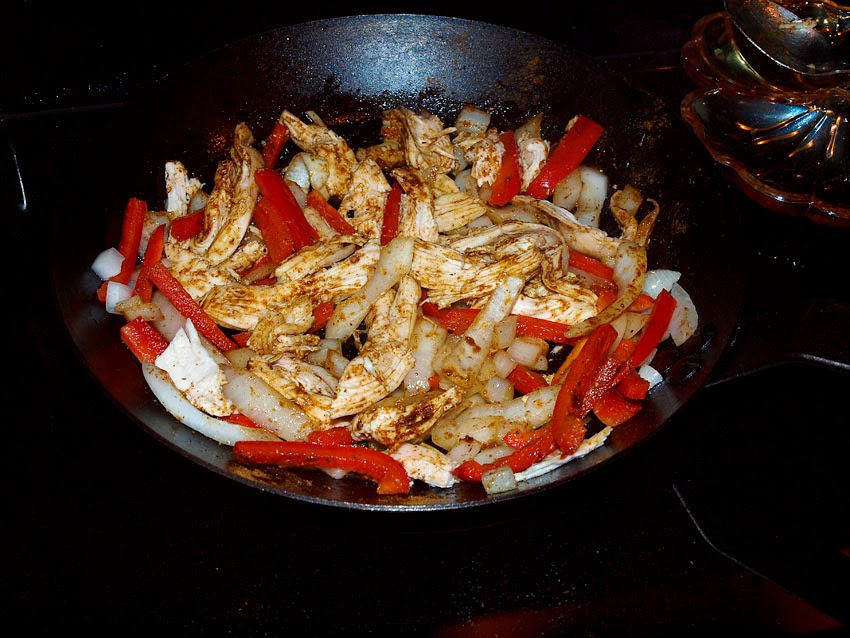 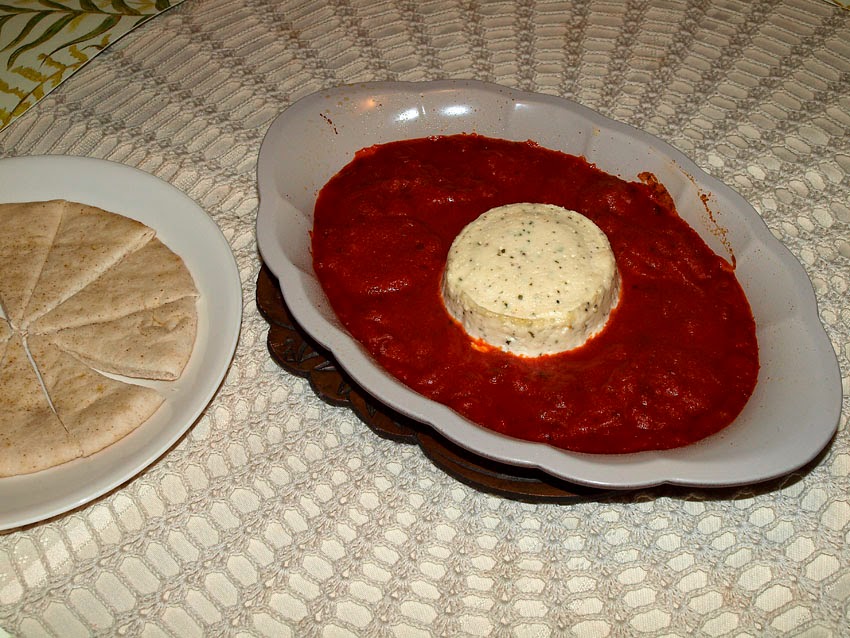 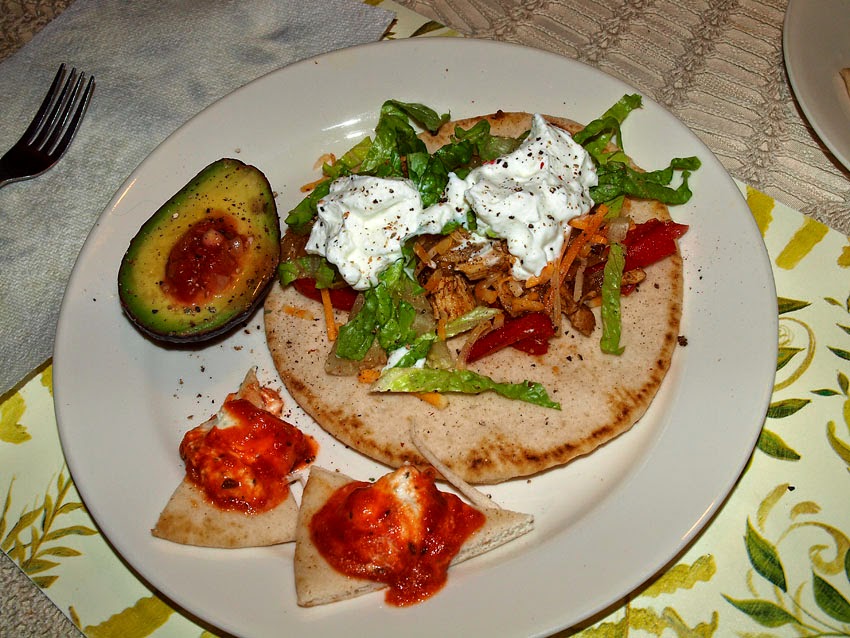