Smoked Pistachios and Breakfast for Supper

I didn’t get my yard all mowed yesterday so after lunch I managed to get the backyard mowed between a little shower. This morning I went to the grocery and bought two 10 oz. bags of pistachios to smoke. I was glad to find some roasted with no salt. My seasoning, Penzey’s Sandwich sprinkle has enough salt in it. It is a mix of salt, garlic, parsley and the Italian seasonings.

I drizzled some olive oil over the pistachios and seasoned well with the Penzey’s Sandwich sprinkle. I smoked them on my Traeger, 170 to 180 deg. for an hour and 15 minutes.

I had two pork cutlets left from yesterday’s supper; they were awful dry but didn’t want to waste them. I thought if I shredded them in the food processor it would be good in country gravy over biscuits.

While at the grocery I had bought some Grands buttermilk biscuits to use. I know I could make my own but even the Pioneer Woman uses Pillsbury biscuits! Another step saver I use is Pioneer brand gravy mix. Both of these shortcuts make as good biscuits and gravy as I can whip up. After I had smoked the pistachios I upped the temp to 340 deg. grill level and baked the biscuits for 20 minutes. That is what is nice about a pellet smoker; they make a great convection oven. I use mine to bake a lot; especially during the summer to keep the heat out of the kitchen.

At 4:00 I shredded the pork cutlets and in a crockpot with a good teaspoon of bacon grease and a little water to get some moisture in it. I had the crockpot on high; while it was heating up I made up the country gravy and added that to the pot. My wife and grandson were home from seeing Godzilla at the movies. I asked the grandson if he wanted some biscuits and gravy with an egg; he said yes but no egg.

A little after 5:00; I served the grandson the sausage gravy over a biscuit. I had the gravy over 3 biscuit halves topped with two eggs. That hit the spot; I can eat that for any meal! 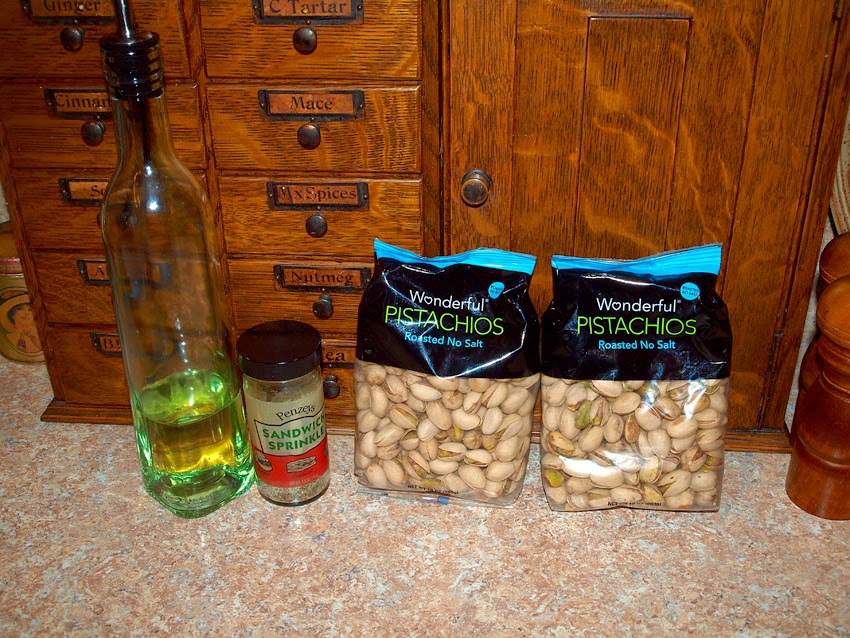 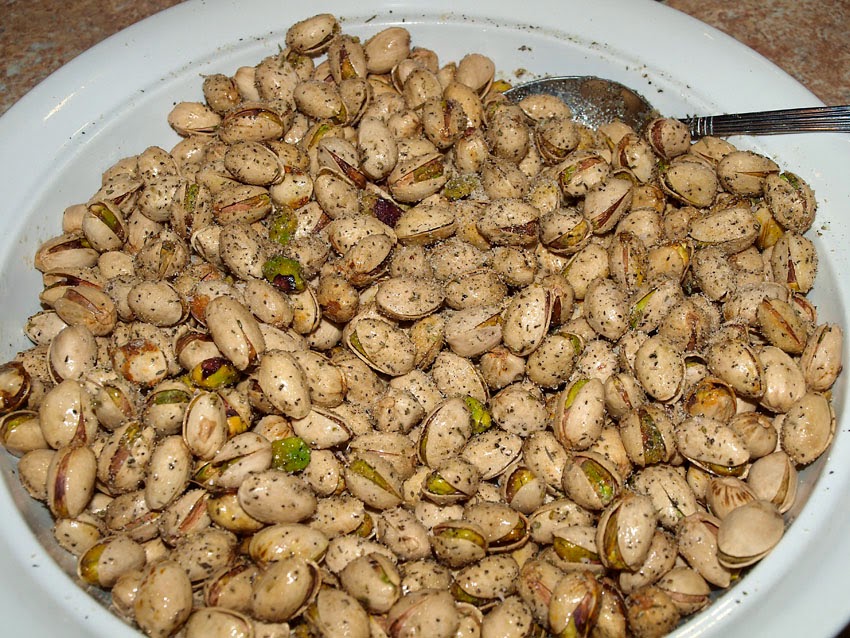 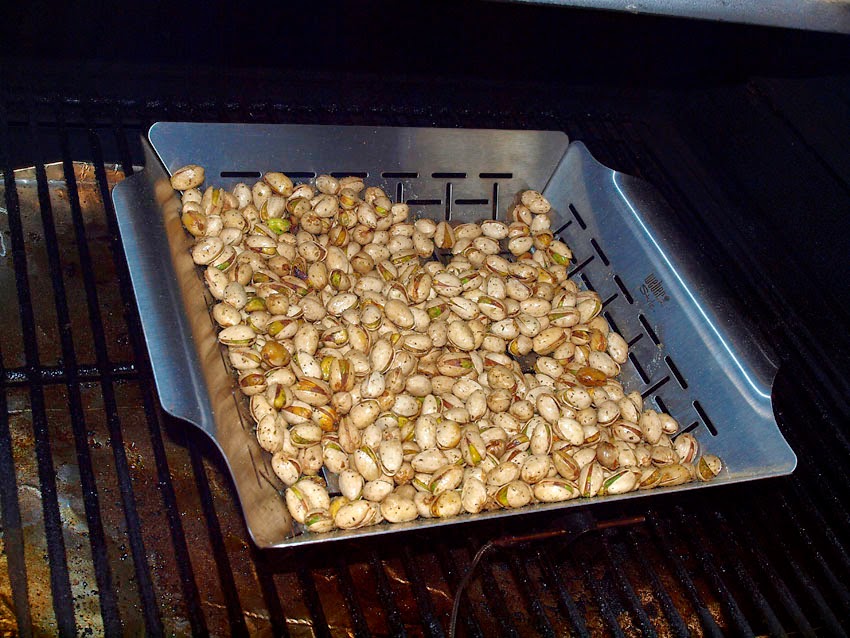 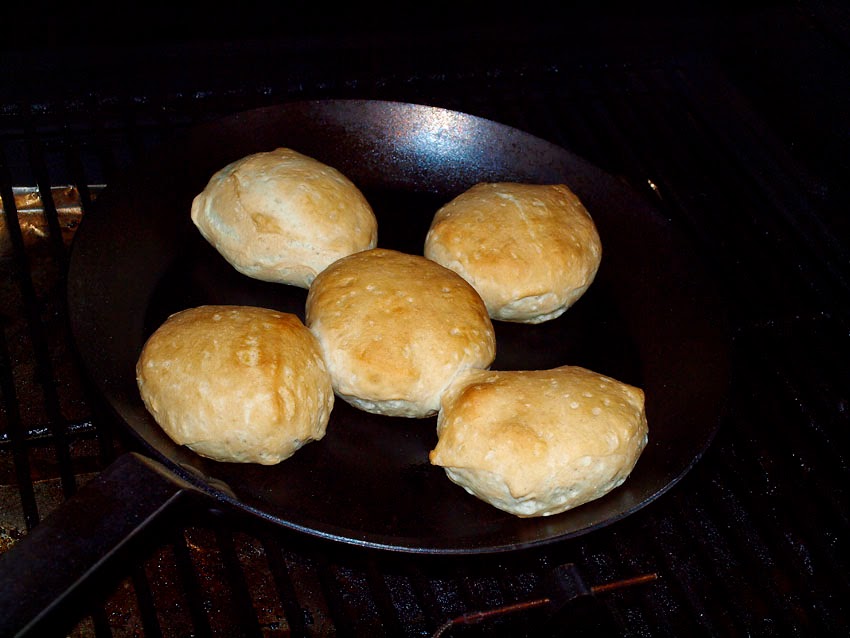 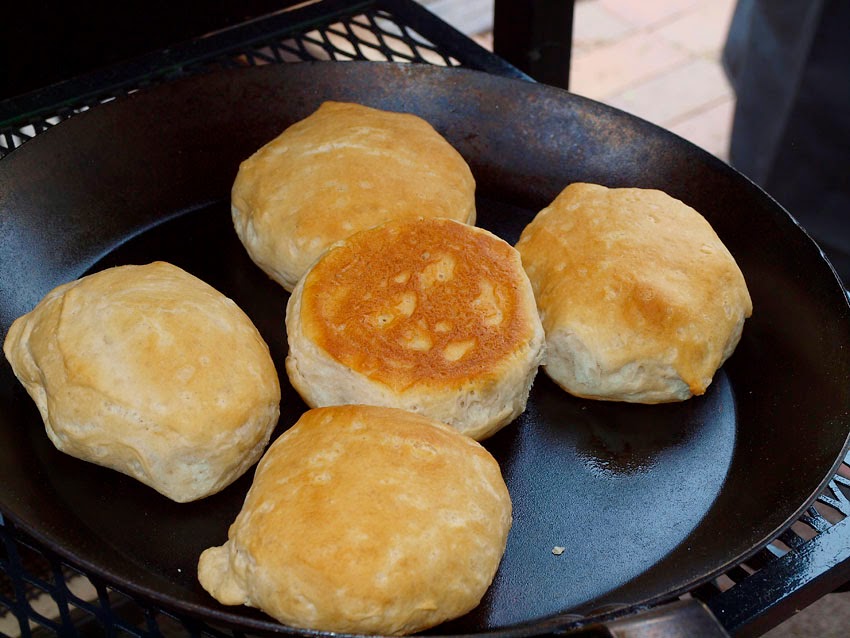 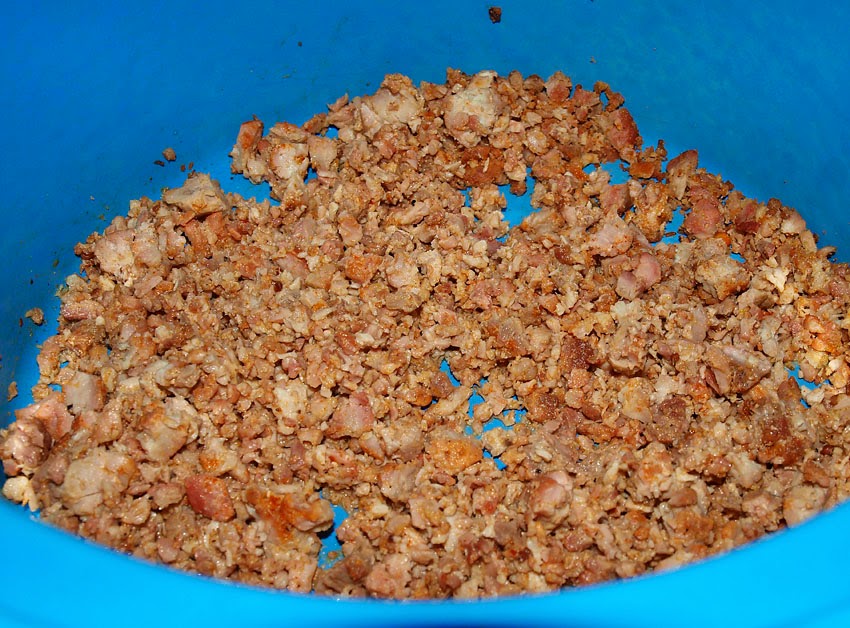 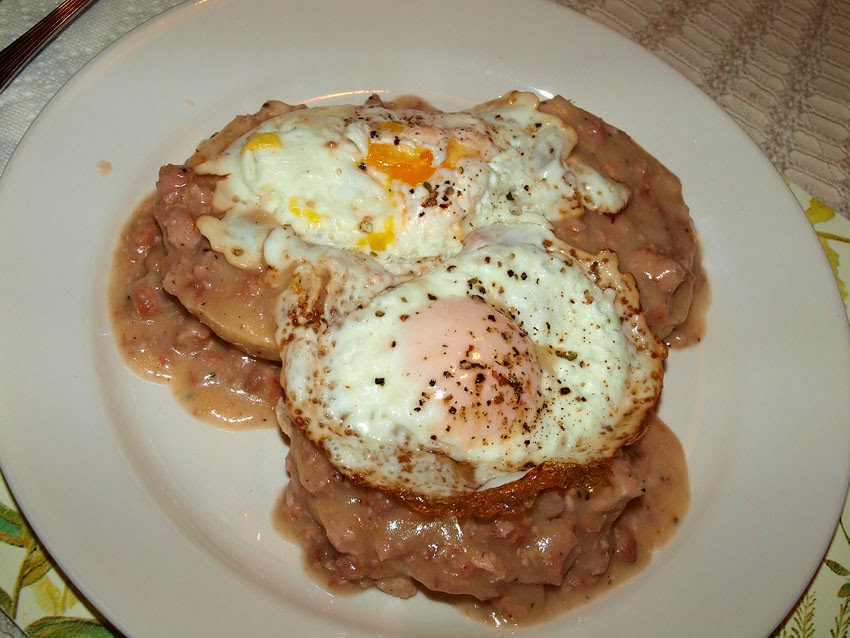