We finally got a nice sunny day above 40 deg. I was back cooking on my smoker and felt like I was back in the saddle again! It was for tomorrow night’s supper and I will finish it tomorrow in the oven.

My wife’s cousin gave me a jar of spices to try, Za’atar from Israel. I looked it up and Za’atar is a mix of spices popular in most Mid-east countries; each having their own version. Most contain oregano, thyme, marjoram, sesame seeds and sumac. I have not cooked many mid-eastern dishes over the years. I tasted it and wanted more. It’s good!

The seasoning is so good I wonder how I missed it all these years. It would be good on about anything. I can tell it would make a great dip, mixed with olive oil, to dip some good bread in.

I had some veggies and some leftover rice so when I went to the grocery this morning I bought two nice Tilapia filets and that would be my supper.

I sliced up the veggies on a bias, onions, peppers, carrots, celery and snow peas and got them cooking in some butter and olive oil. While they were cooking down I heated up a skillet w/olive oil for the fish. I seasoned the fish well with the Za’atar, added some rice to my veggies. I did the fish 3 minutes on each side and served it over the veggies and rice along with some buttered cornbread. I added some more of the seasoning to my plate.

That was an easy meal to make and a little on the healthier meal between BBQ. I got to try a new spice blend that I loved. My wife thought it was good too, the fish were just right. 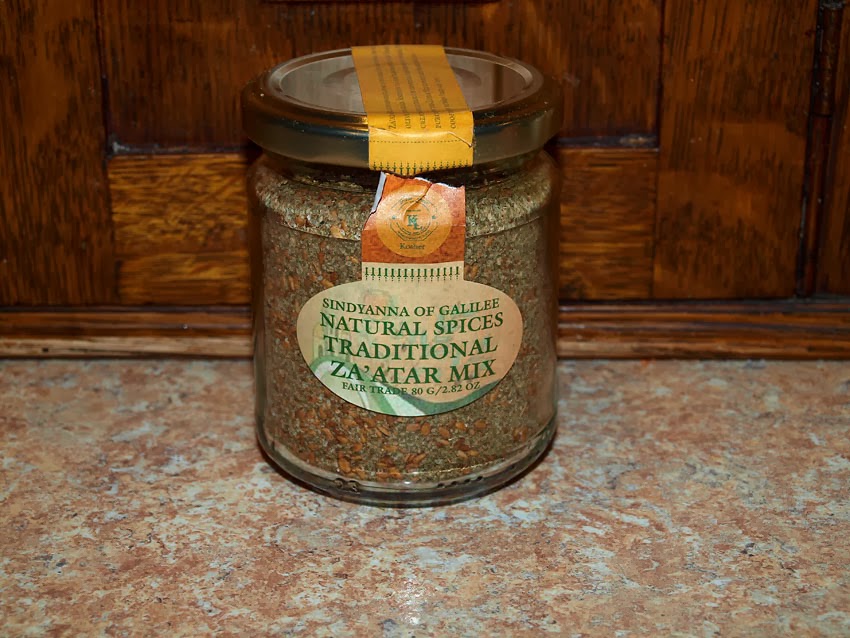 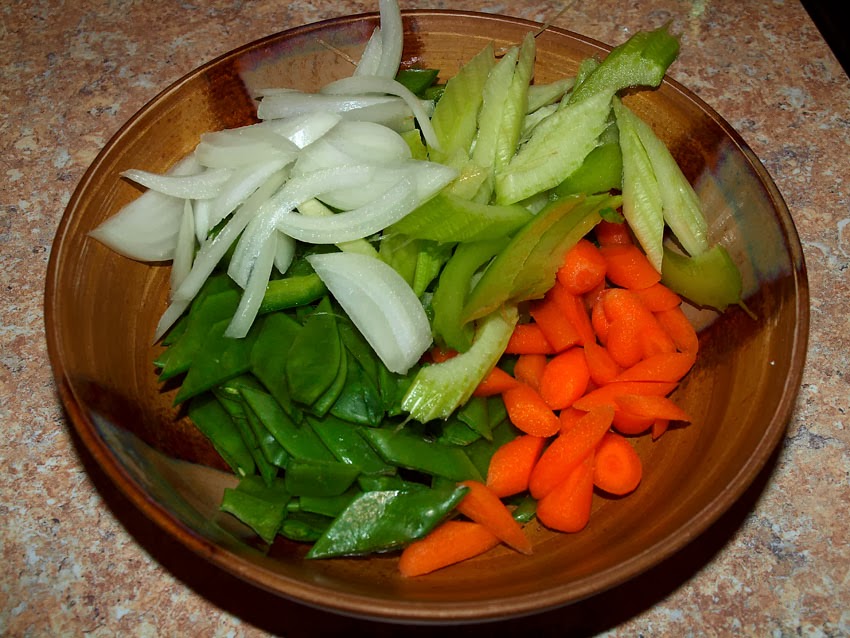 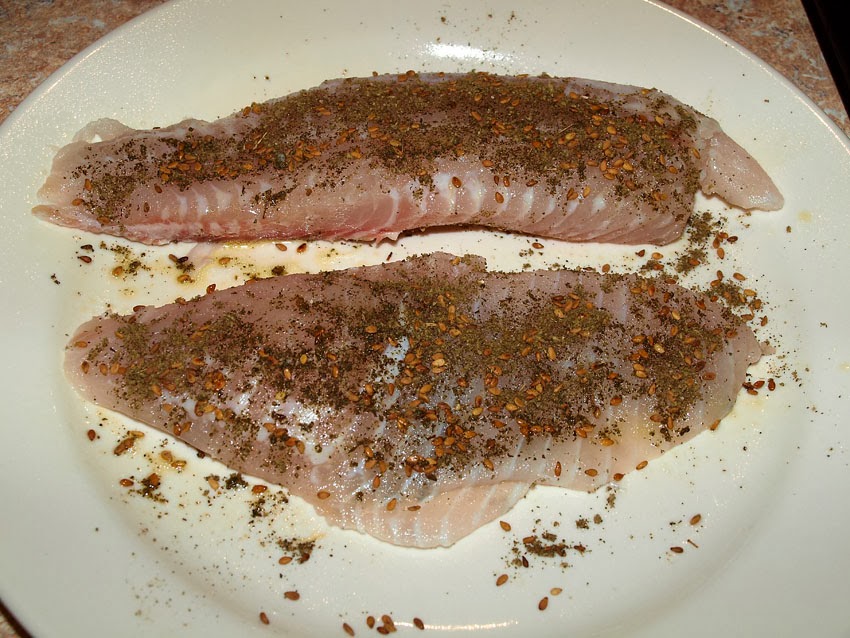 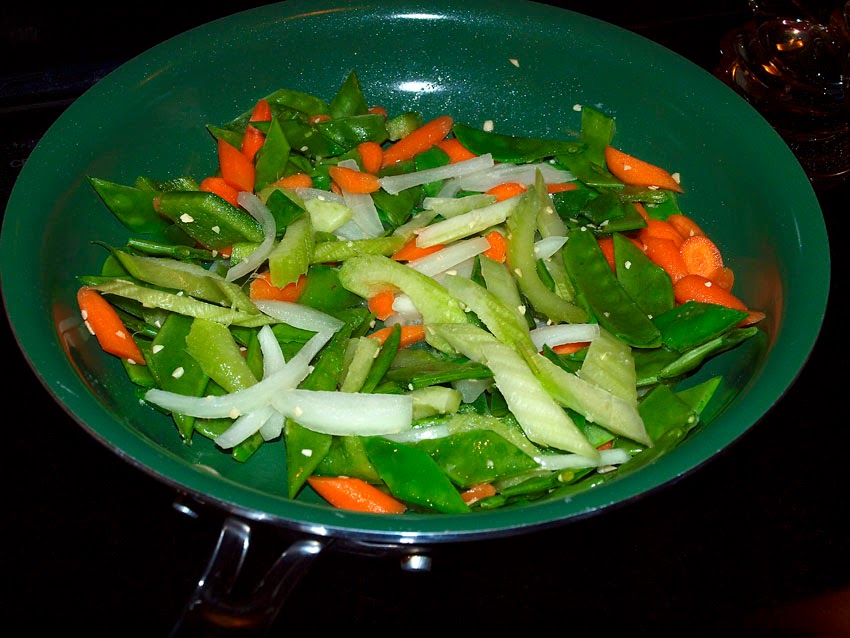 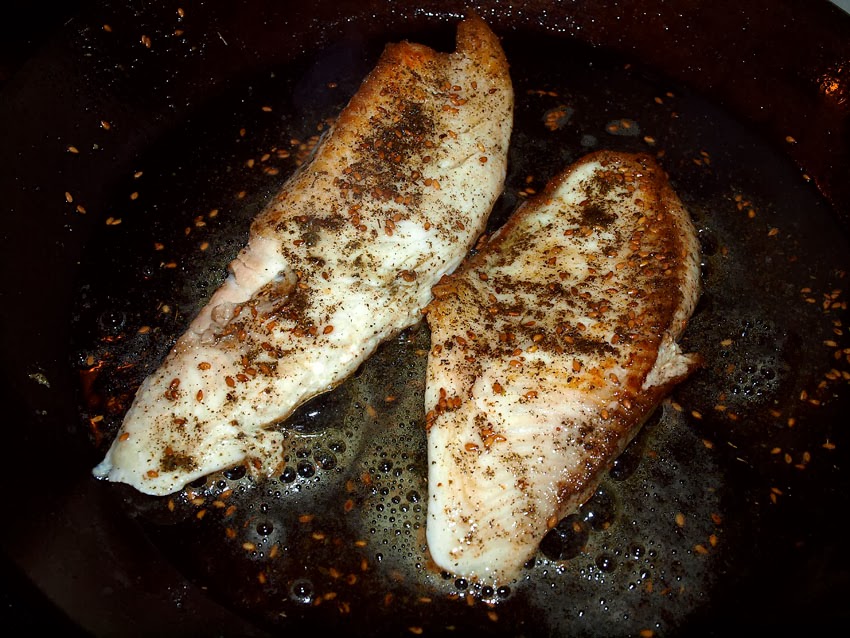 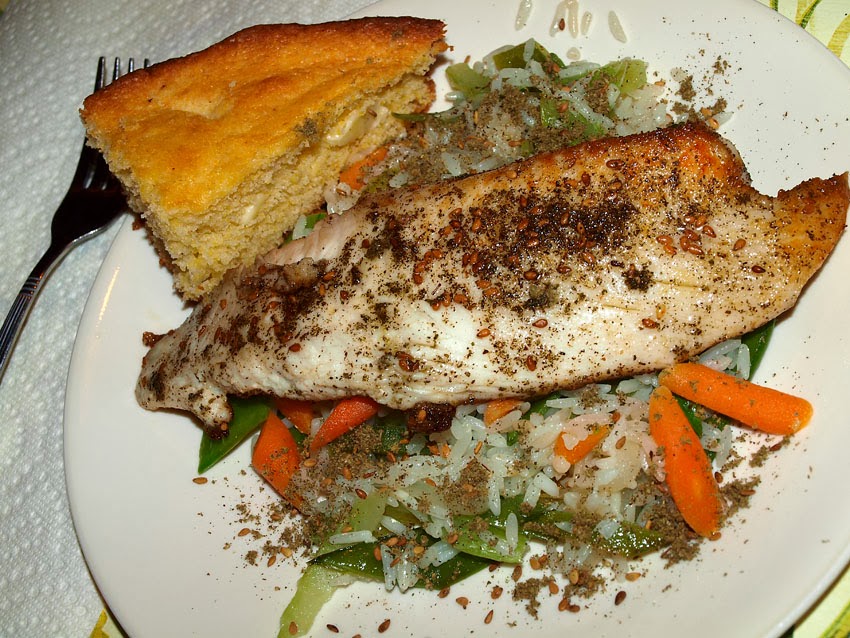