I woke up to a little snow, just enough to see. I did some grocery shopping in the am. After lunch it warmed up and would hit 62 deg. and sunny.

It was the nicest day we have had since winter this am! Me and the dog was outside all afternoon. I cleaned up the yard and enjoyed some beer and sunshine.

I had some fresh corn thawed from last summer and was having some chowder for supper. The corn chowder would include; onions, celery, potatoes, bacon, shrimp, chicken broth, cream, salt, pepper and some old bay seasoning.

I decided to brown my bacon on my Weber Q100; so I got my CI bean pot out to do it in. I diced up 6 slices of Kah’s thick sliced bacon and rendered it down until crisp. I saved it and the grease for the chowder.

I sautéed the onions and celery in 3 Tbs. bacon grease. I stirred in some flour then added chicken broth and potatoes. I brought it to a slow boil and added the bacon and seasoning; I let that go for 15 minutes.
I added the shrimp and some half and half, about a half cup. I brought it back to a boil and then set off the burner to serve. I had some garlic knots ready from the oven.

I served my wife a bowl with more bacon and a little parsley on top. Mine was the same with fresh ground pepper too. It was mighty tasty, quick and easy! 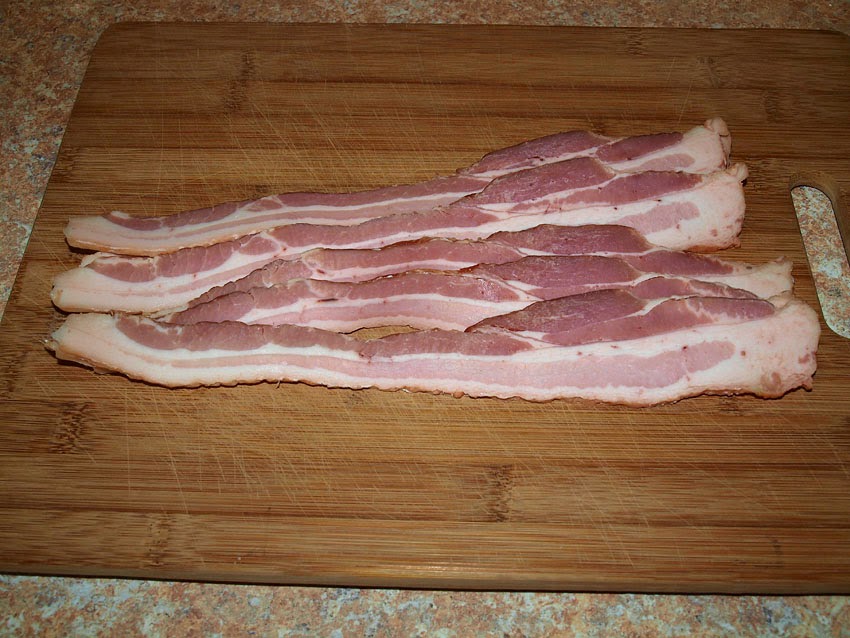 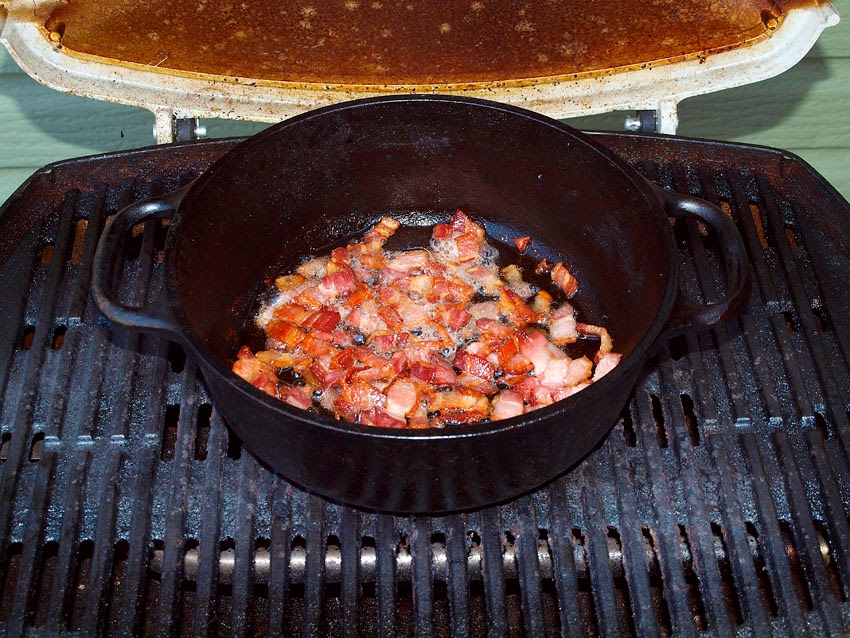 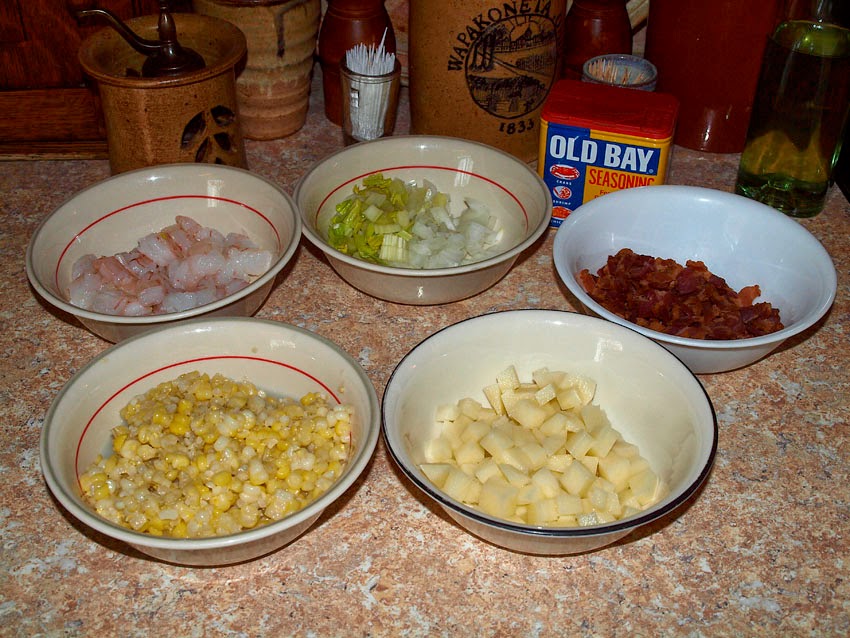 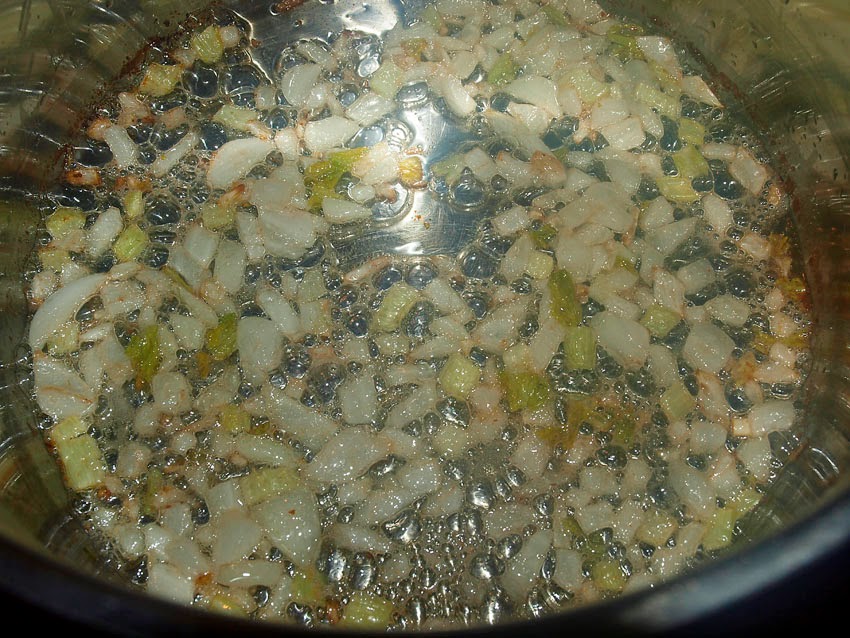 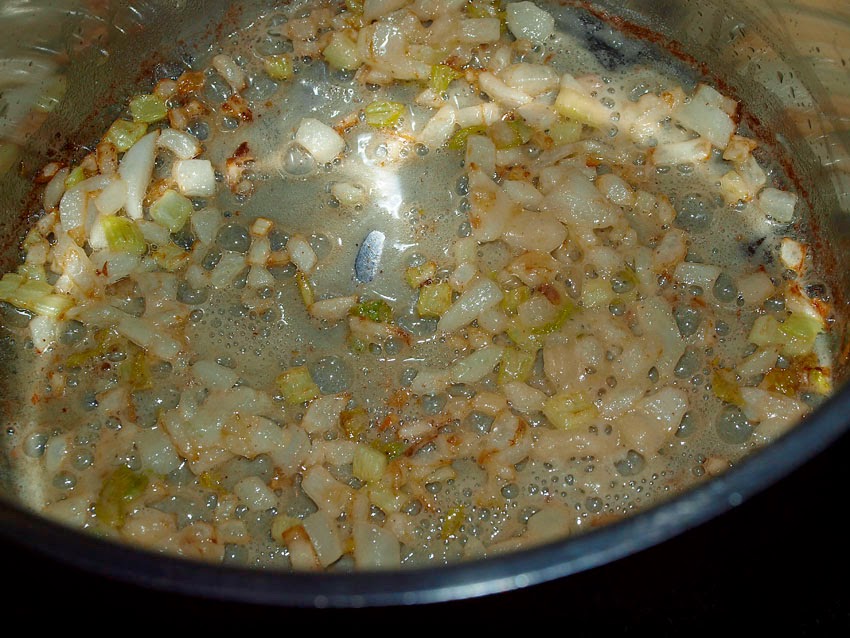 All in but the shrimp and cream 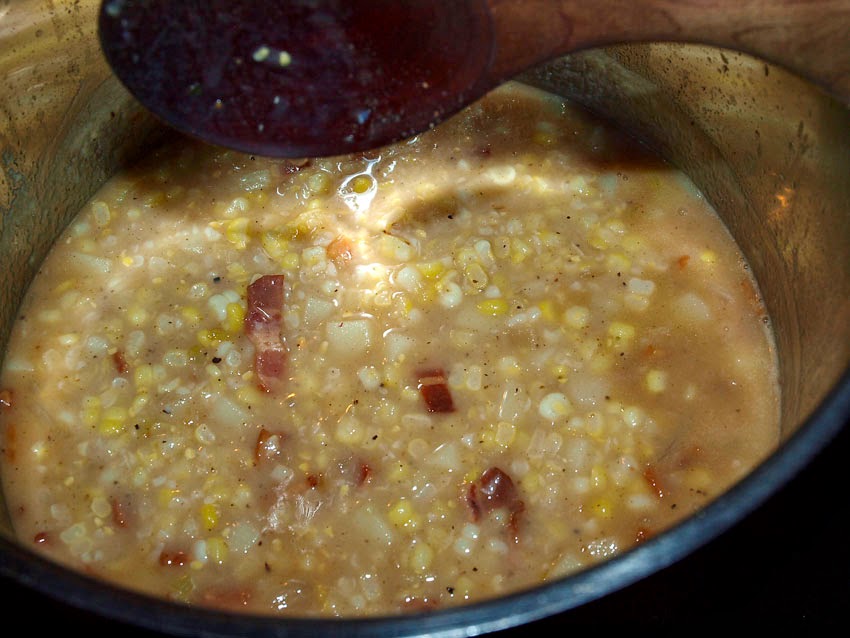 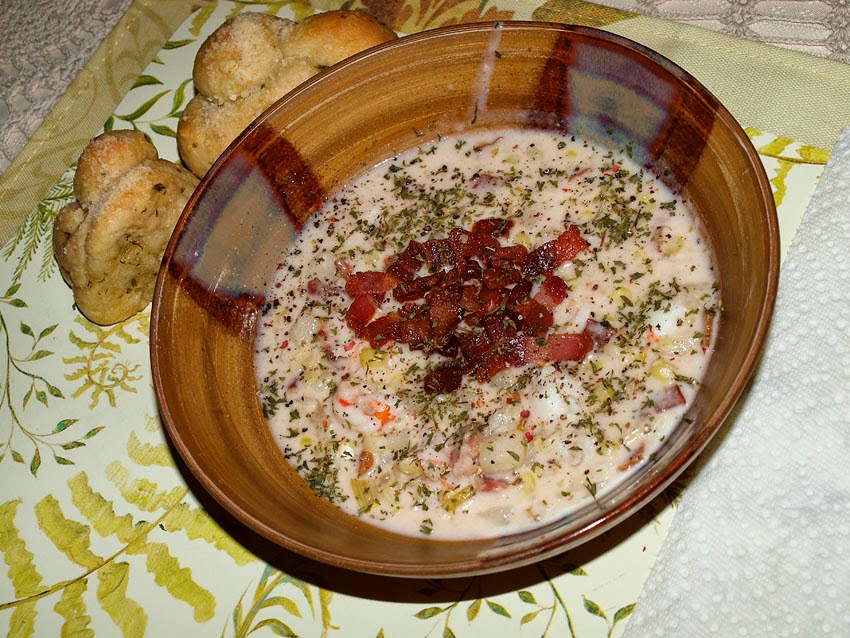