Finally we had a slightly warmer day with sunshine so I could cook out. I had bought a package of frozen brats from my butcher a couple of weeks ago to have with the little bit of homemade sauerkraut I had left.

The potatoes were some Ore Ida olive oil and seas salt wedges and some Alexia sweet potato fries. When I do them on the smoker I thaw them out first. I had the oven preheated to 200 deg. to hold the brats and potatoes while I toasted the buns, well while I charred the buns! I over did them a little! I sprinkled some WOW on the potatoes before going in the oven.

My wife had some regular kraut and mustard on hers and I had S.A. style Curtido on mine along with some of my homemade spicy mustard. Pretty simple but pretty good even with a little char taste!

After supper I settled in to watch a little TV and after an hour I had the peach cobbler with a dip of vanilla Dairy Queen. Tummy full and Don happy! 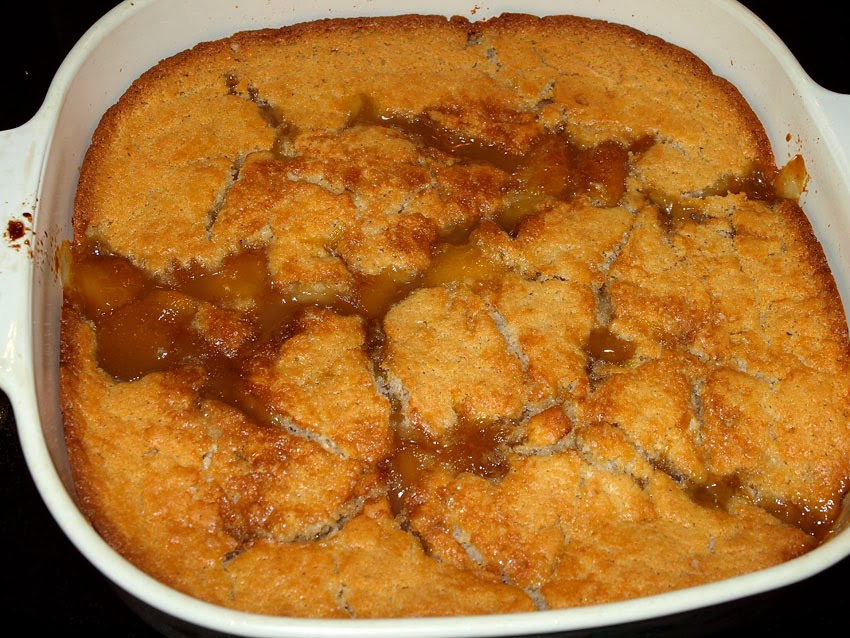 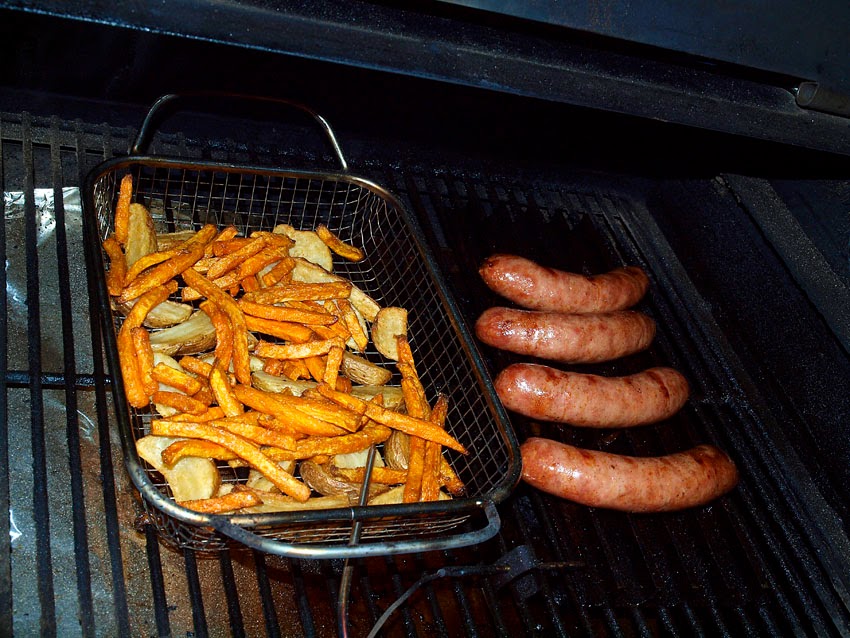 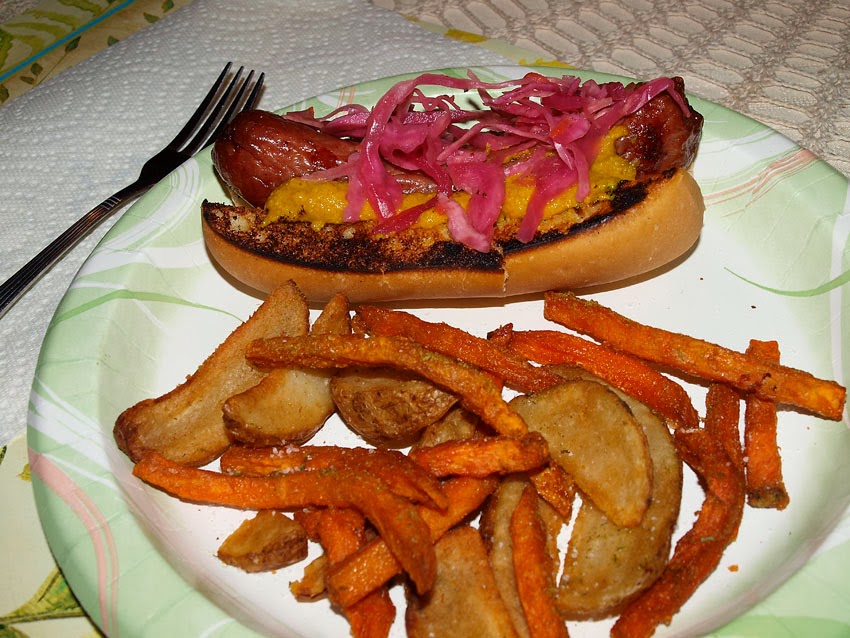 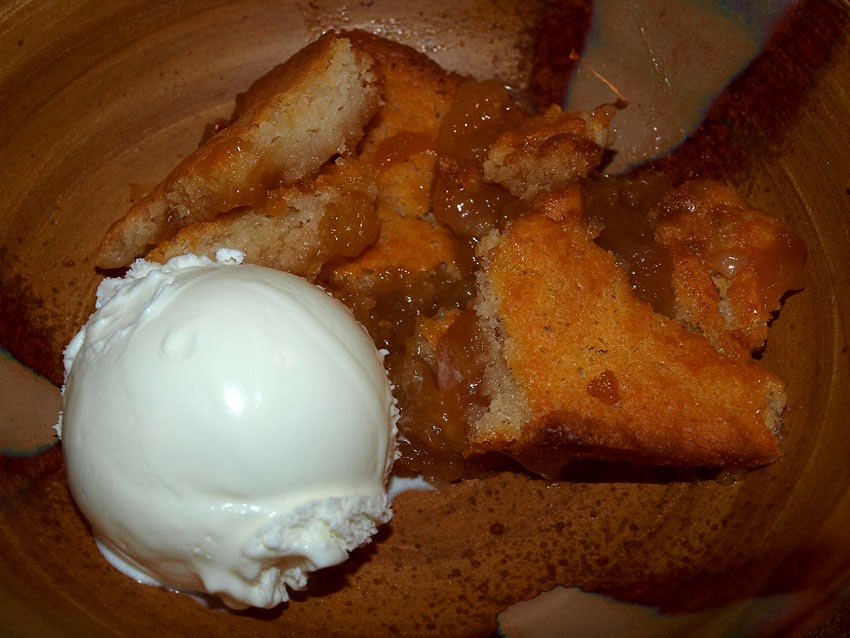