This is some of my quick and easy cooking in between BBQ. We went to Lima today to get our taxes done and had lunch at 5 Guys; I had a hamburger & fries. Pretty darn good for fast food.

I was not too hungry for supper. I had left over grits, a half pound of Bob Evens Italian sausage and some tomatoes left from last night. I would use up some leftovers and it would be a quick meal. I decided some bread would be good with it. At 3:30 I baked a loaf of Ciabata using my bread in 5 peasant dough. It was done by 5:00 and looked good.

I started supper at 6:00, browned the sausage in a little olive oil and left kind of chunky. When it was getting browned I added some chopped onions and green peppers, salt and pepper. When the onions and peppers were getting soft I added some drained fire roasted tomatoes, oregano and thyme. I put a lid on and turned the heat to low. After about 15 min. I removed the lid to let cook down some. I nuked the grits.

I served it over the grits with some shredded Triple cheddar on top and some bread and butter on the side. I had a Great Lakes Brewing Co.’s Dortmunder Gold with mine. For quick and easy leftovers it tasted great.

I told the wife to throw away what was left of the grits, they were getting old. She said I’ll eat those tomorrow. I knew she liked it since she never likes to eat the same thing two days in a row. 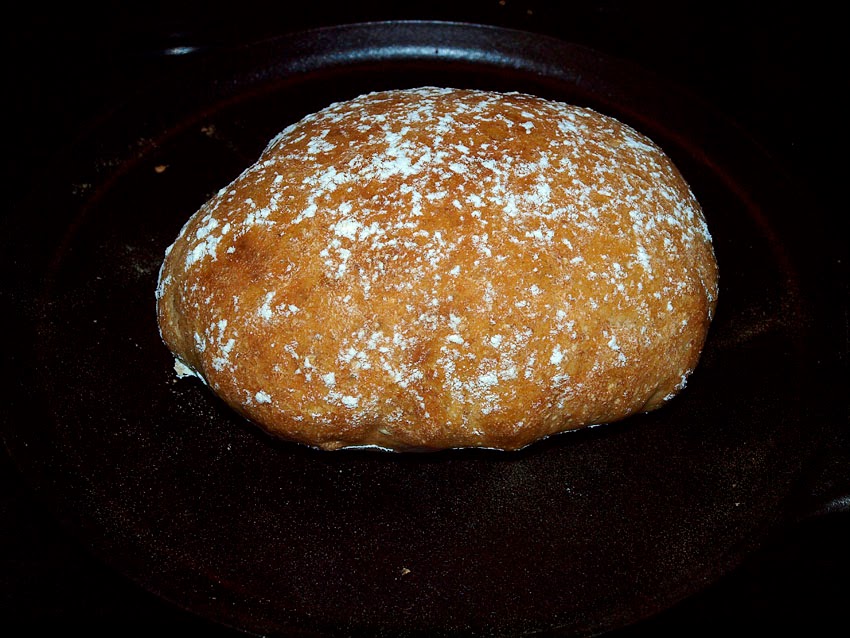 Onions and peppers added to sausage 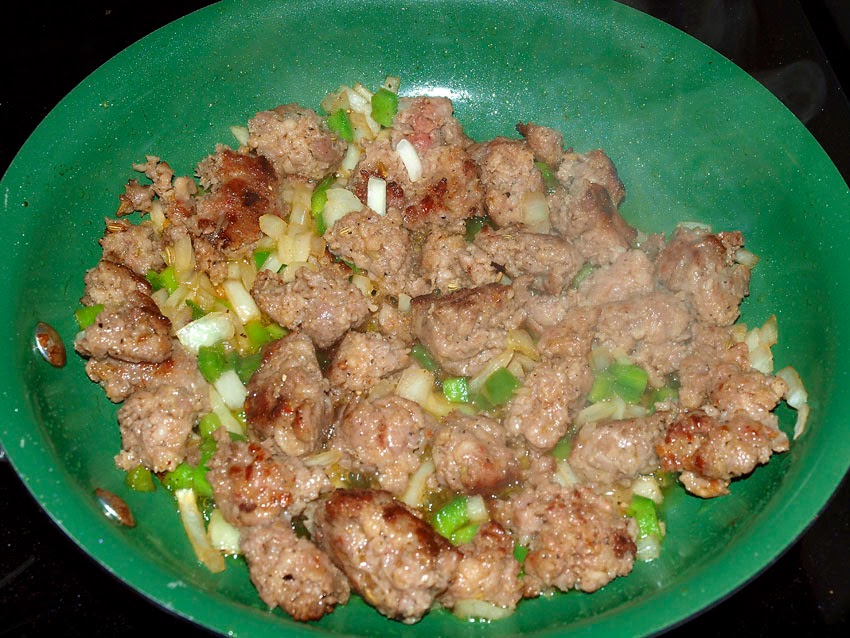 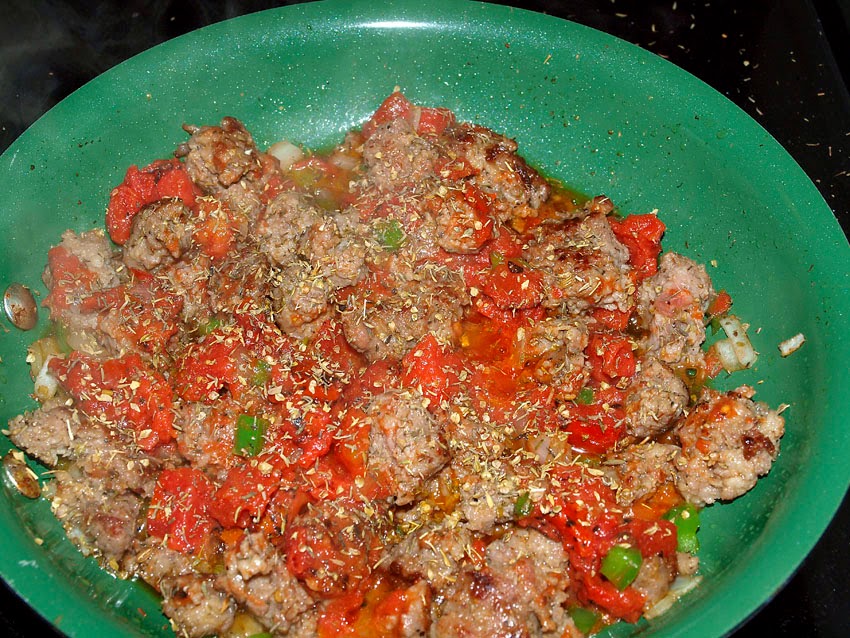 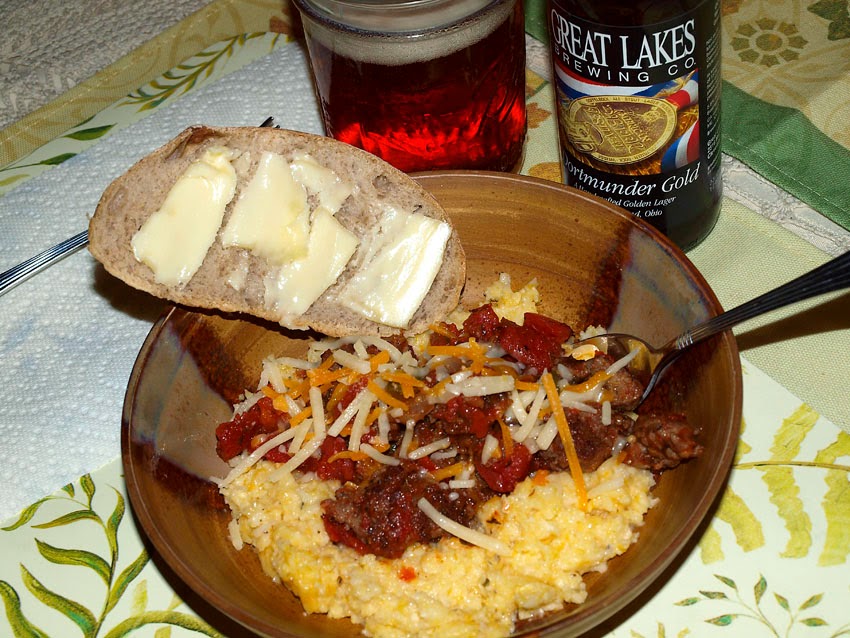