Looks like spring may just stay around awhile, it was 50 deg. today, 64 next 2 days and 50’s the rest of the week. It was great to get out and smoke on the Traeger today.

I decided to make an Italian meat loaf and serve it over spaghetti with sauce. I have made my own sauce but usually just buy Classico from the store and doctor it up a bit. I bought some Lucini’s Tuscan Marinara roasted garlic sauce to try for this cook. It is supposed to be made in small batches and was more than double what I pay for Classico. I don’t mind spending more when it comes to food though.

My wife wanted me to use whole wheat pasta whenever I made pasta dishes. I tried it for a while but don’t care for it. Now I use Ronzonni’s Smart Taste, it has the benefits of whole wheat but the taste of white pasta.

I got the meatloaf on at about 10 till 5:00. The daughter in law called and wanted to use the oven to bake some cupcakes, I had plenty to feed her too. I made up Romaine salads and had the pasta ready and the sauce heated up when the meatloaf was done. I had made up some garlic chive butter to have with the last of my peasant bread and toasted it some under the broiler while the meatloaf rested some.

The grandson said he was not hungry and headed for the PC to play mine craft. We all ate and then the daughter in law made her cupcakes to take to work tomorrow. We all liked it; the wife said the meatloaf was extra good. I shaved some WI aged Asiago cheese over top for a change from parmesan. The veggie daughter in law even ate some of the meatloaf! The grandson ate some before they went home. 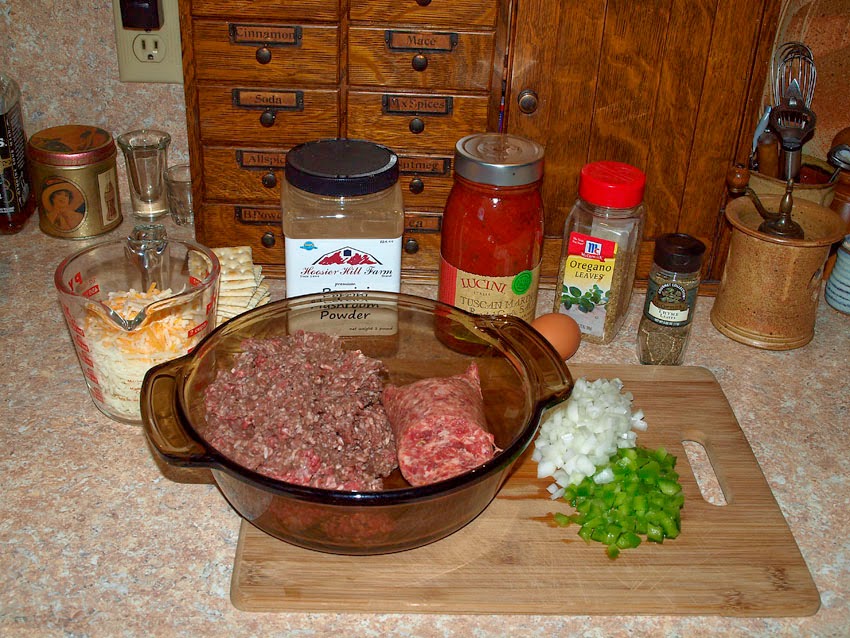 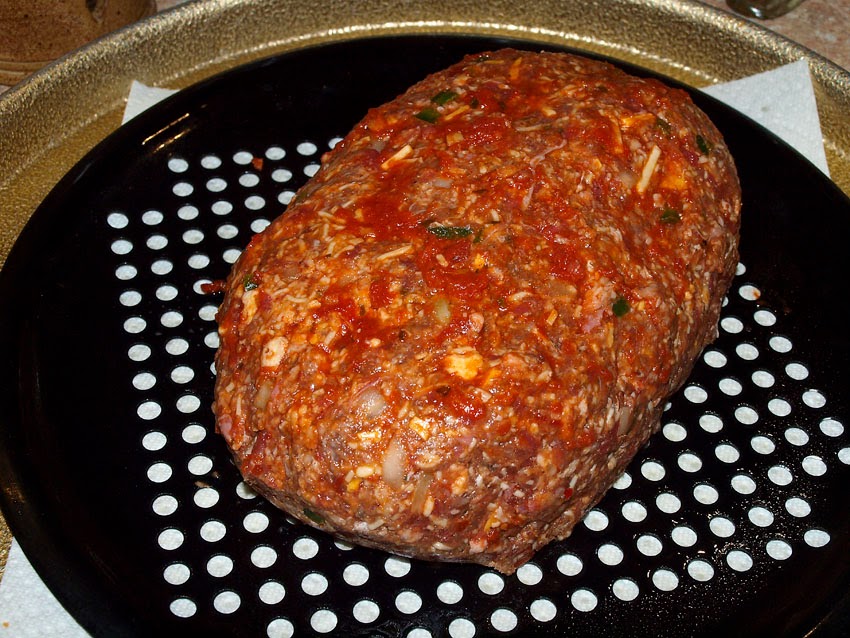 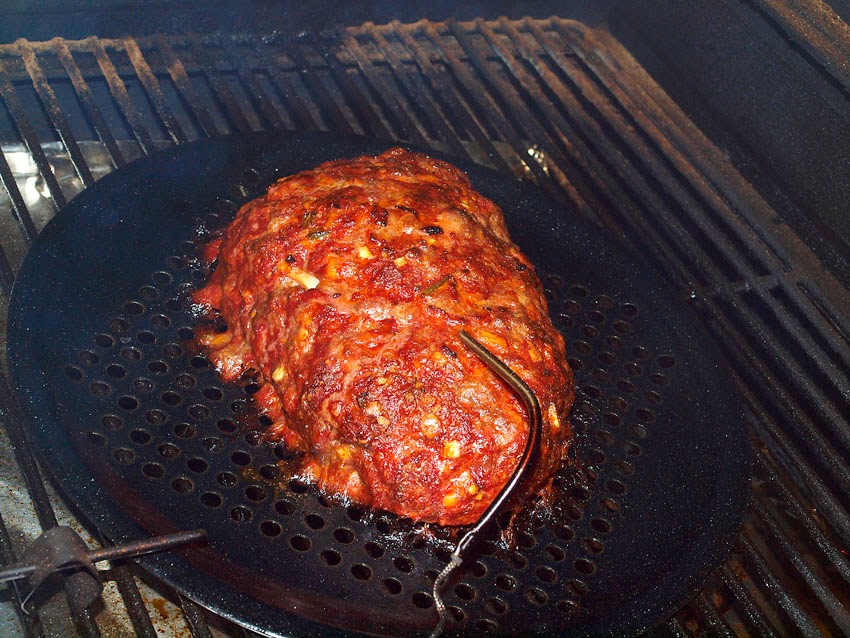 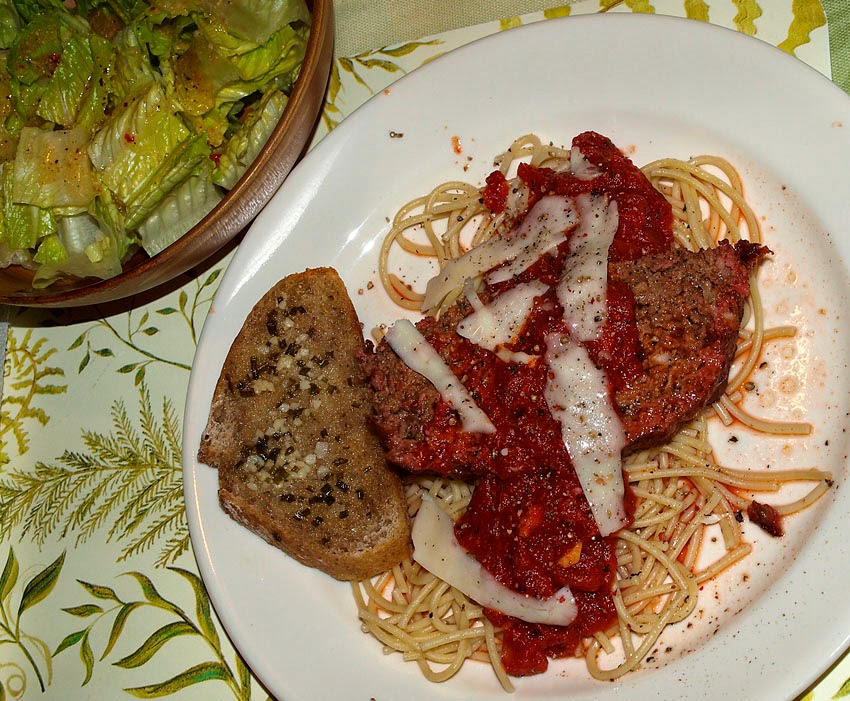