We had the gyros my son had requested for supper tonight. I smoked the gyro loaf Sunday on my Traeger and used Alton Brown’s recipe for the meat and tzatziki sauce.

I sliced up enough of the gyro loaf for the five of us and did it in my steamer for 5 minutes then it was on warm hold.

I made up my heart salad, hearts of palm, marinated artichoke quarters, green and yellow peppers, onions, dried oregano, dried parsley, salt, and red wine vinegar. I browned up the onions in olive oil and just when getting brown added in the peppers. I continued to cook until the peppers were taking on some brown and added it to the rest of the salad. I would normally add Kalamata olives but I am the only one that likes them so left them on the side. I made it early so it set for several hours in the fridge.

I made up the tzatziki sauce Monday so it could meld the flavors some and used organic Greek yogurt.

I made a skillet full of Greek style baby gold potatoes. The larger ones I cut in half and the smaller ones cut the top off. I put them cut side up in a dish, sprinkled with a little coarse sea salt, oregano and lemon zest. I drizzled a little olive oil over top so the seasoning would stay on when I put them cut side down in the skillet. I had my 12 inch Lodge steel skillet warmed with some olive oil, butter and juice of a half lemon.

I placed the potatoes cut side down in the skillet and into a 375 deg. oven for 20 minutes, turned them and went to 350 deg. for about another 20 minutes. I had wrapped the pita bread in foil and they went in with the potatoes the last 10 minutes.

I had the gyro meat, skillet of potatoes and the pita bread on top of the stove, missed a photo of them. The trimmings for the gyros and salad were on the counter top, tzatziki sauce, onions, tomatoes, lettuce, Feta cheese and Kalamata olives. We ate buffet style.

Everyone thought it was a great meal. Well I don’t think the grandson liked it that well but he ate pretty well. I think that was because he was going to get to go out for dessert. The son had two gyros and took home leftovers for lunch tomorrow. The veggie daughter in law even ate some meat in her first sandwich but the second was all veggies. She took the left over salad for her lunch tomorrow.

I don’t think you can beat gyro meat cut thin from a rotating spit at a Greek restaurant but the gyro loaf is the next best. Next time I would just heat up the meat in a skillet with a little water or broth. The steamer was fine and convenient for eating right away but the leftovers were a little dry. The potatoes I would do at 400 deg. cut side down to get a little browner. 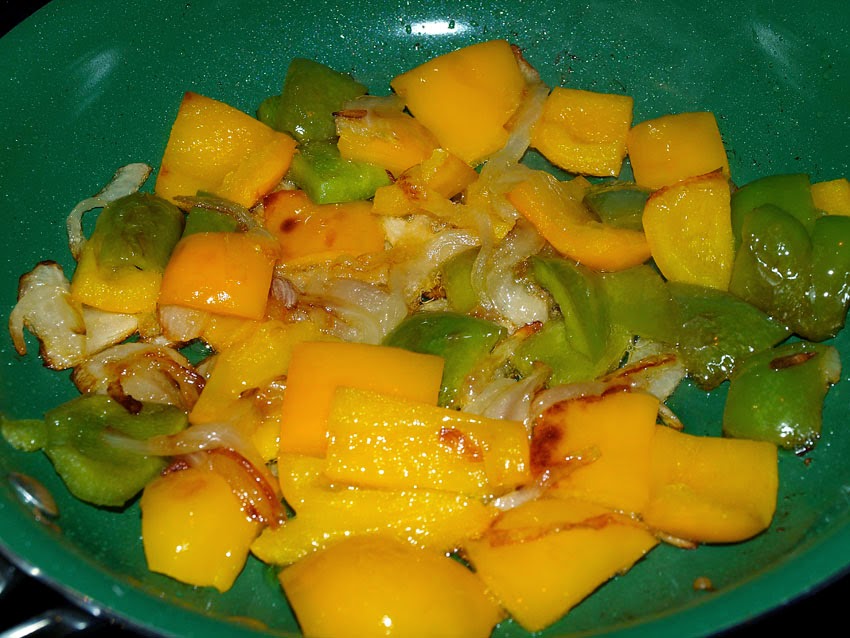 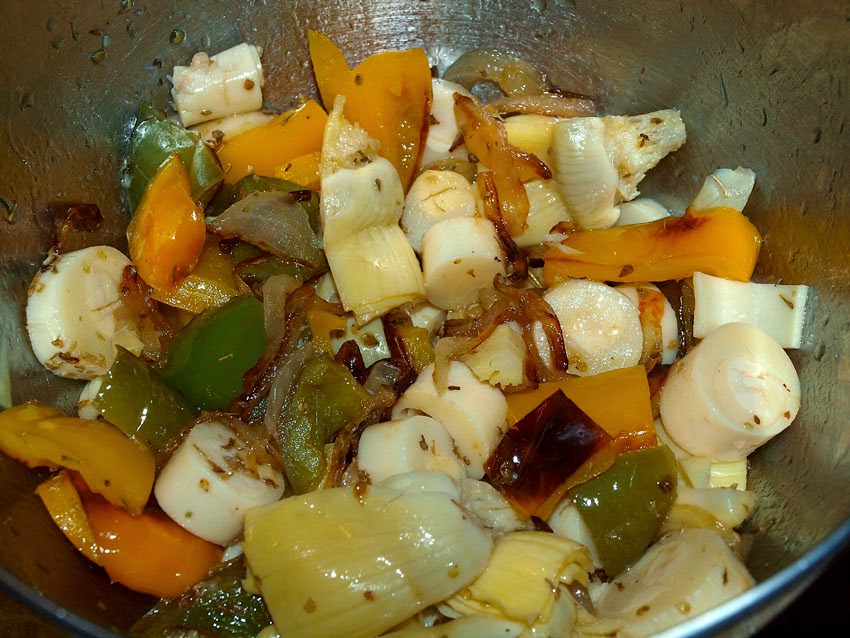 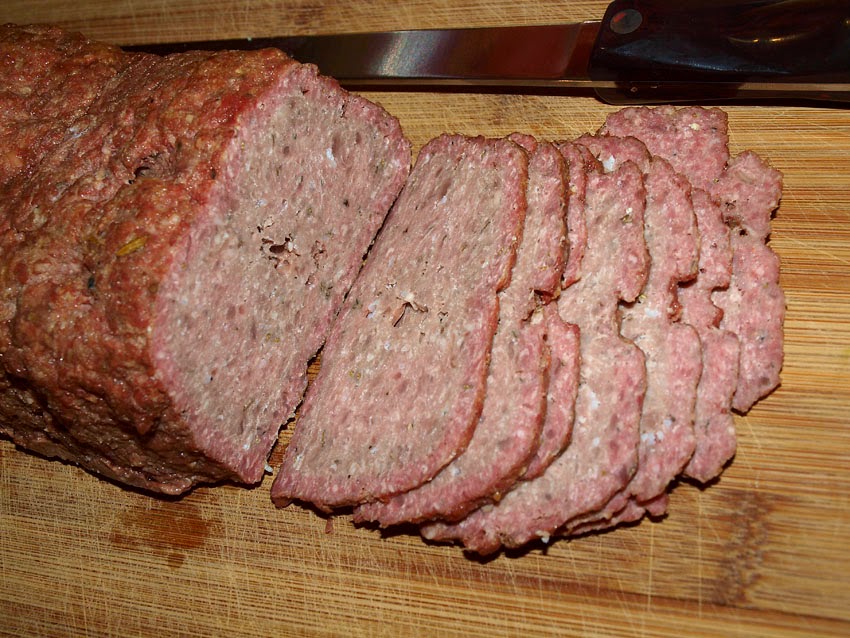 Potatoes ready for the skillet 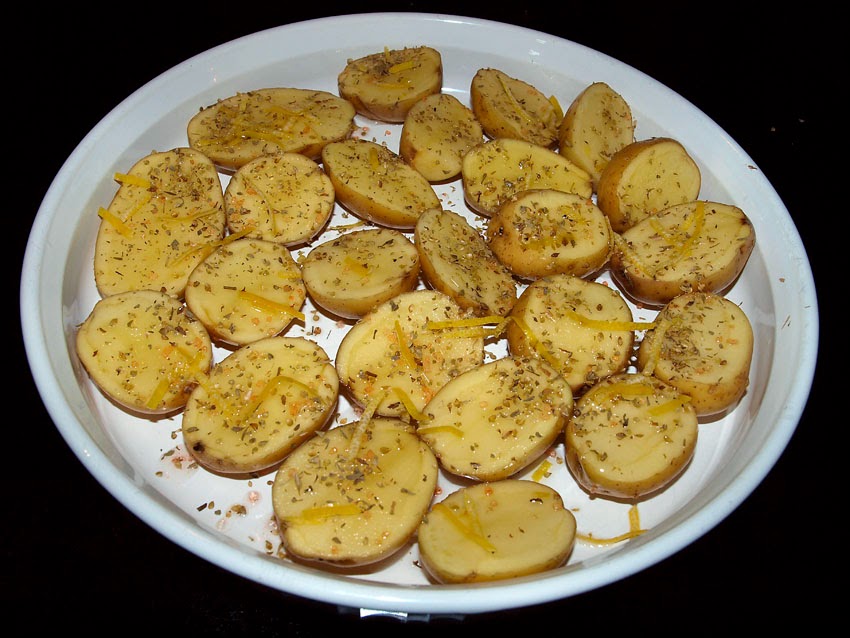 Trimmings for Gyros and salad 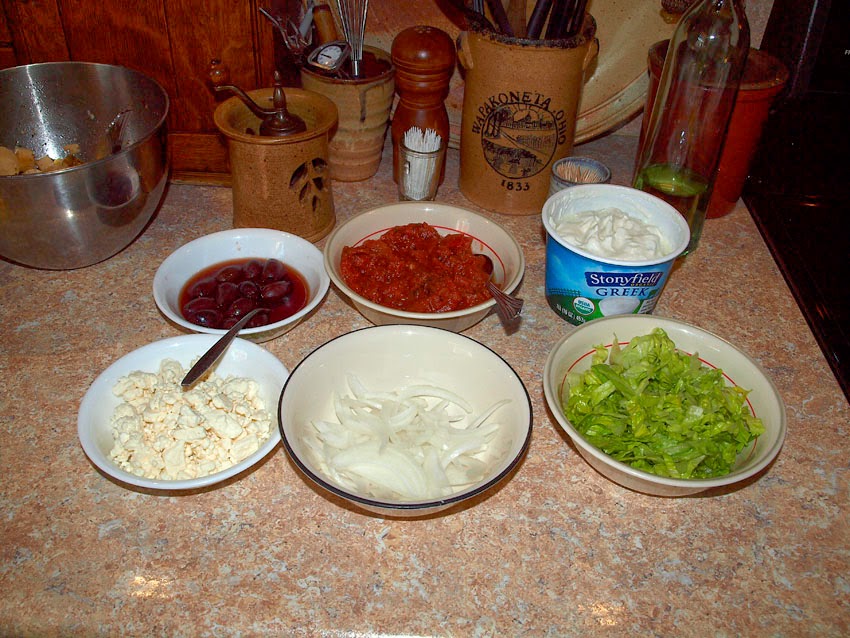 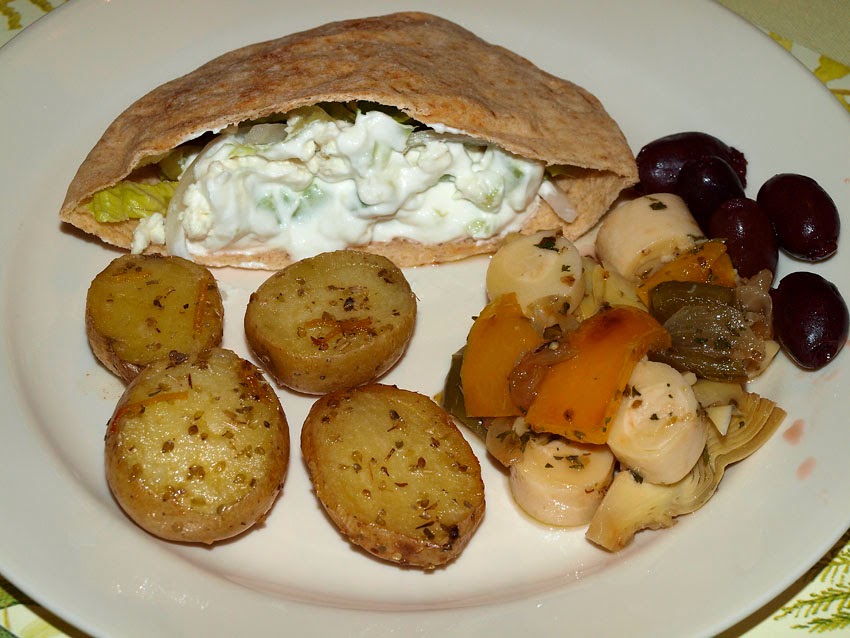