The other day I drove through Sandman’s carry out to get some beer and give him some Tatonka Dust I had just bought. Told him the Tatonka was great and he handed me a sack and said here is some beef to use it on. I got home and it was two nice 16 oz. t-bones vacuum sealed. That was my supper tonight.

My wife didn’t want the Tatonka Dust on hers so I used some Webers steak seasoning on hers. I went pretty heavy with the Tatonka Dust on mine since I knew I liked it. I seasoned them and covered with plastic wrap and in the fridge a few hours before cooking.

My sides were some smashed baby gold potatoes with WOW seasoning and some dried garlic flakes with butter pored over and a side salad. I made up some chive shallot butter for on the steaks.

I had my potatoes nuked, smashed and seasoned in the oven for about 45 min. at 350 deg. I did my wife’s steak, seared in a hot skillet 3 ½ min. one side then 2 ½ min. added the pat of butter then in the oven for 7 minutes.

I served her and ask how the steak was, a little too done she said. It was nice to experiment with hers and I got mine better. I just did mine 5 minutes in the oven and just about right! That was a good supper! Note I lightened up on the butter on the bread since I had butter on the steak and potatoes.
I like the WOW seasoning on potatoes! I have a photo of the wife’s steak too; I do feed her when I cook!

I think the best way for me to describe the Tatonka t-bone is a blackened steak with a flavor kick! 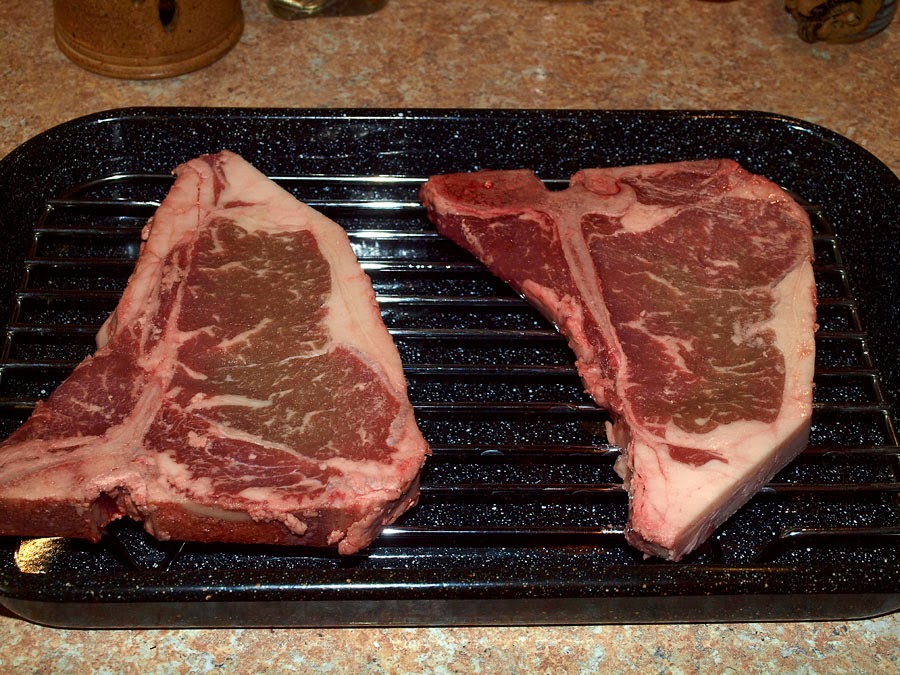 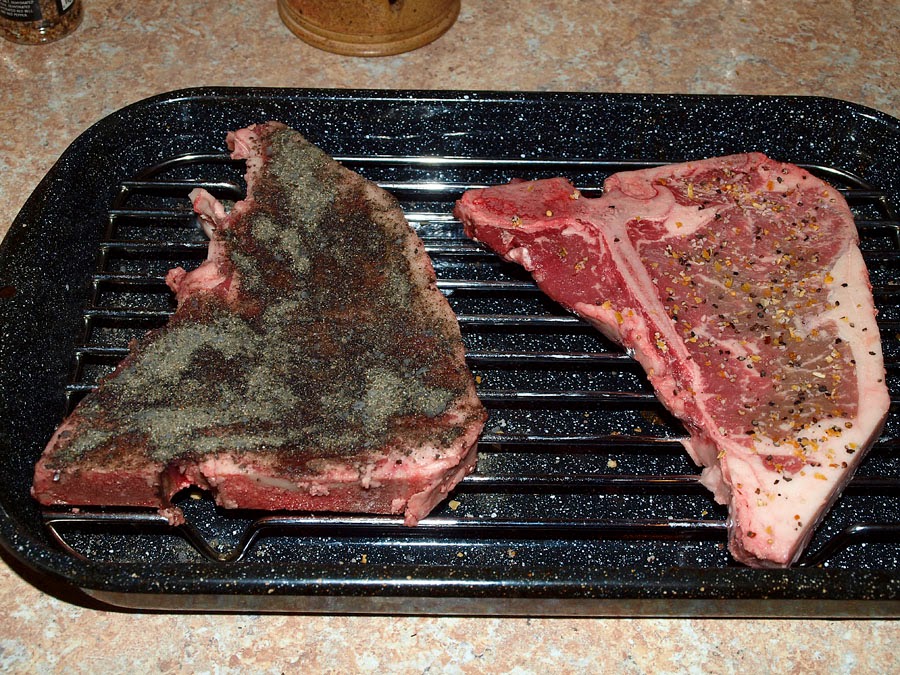 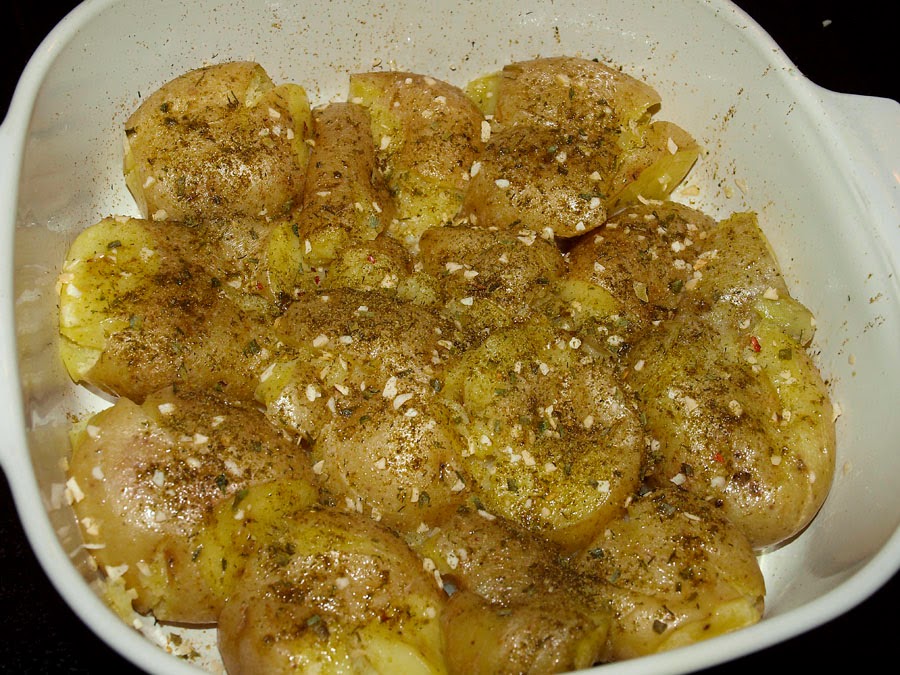 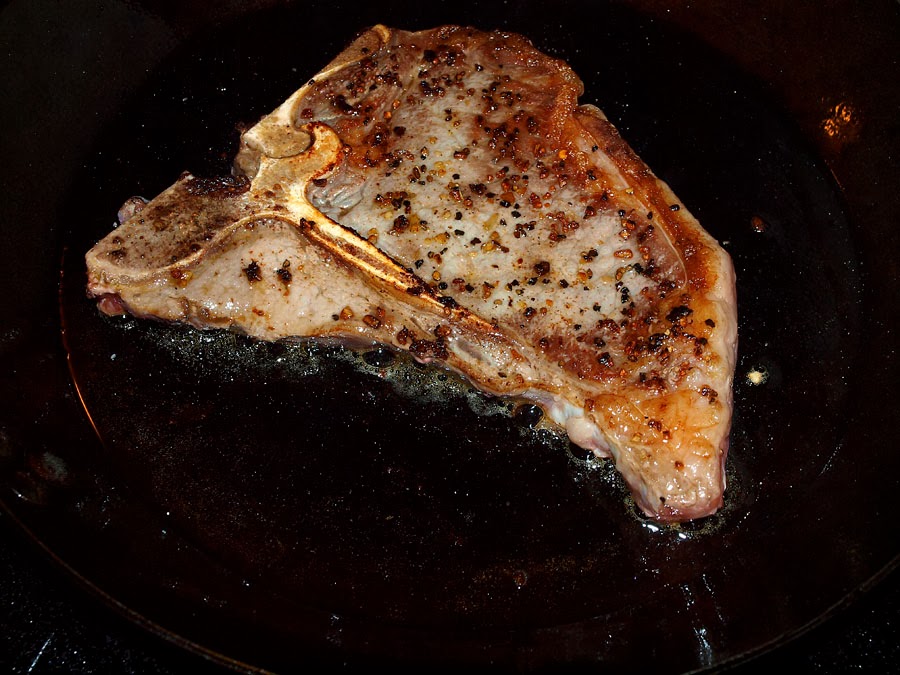 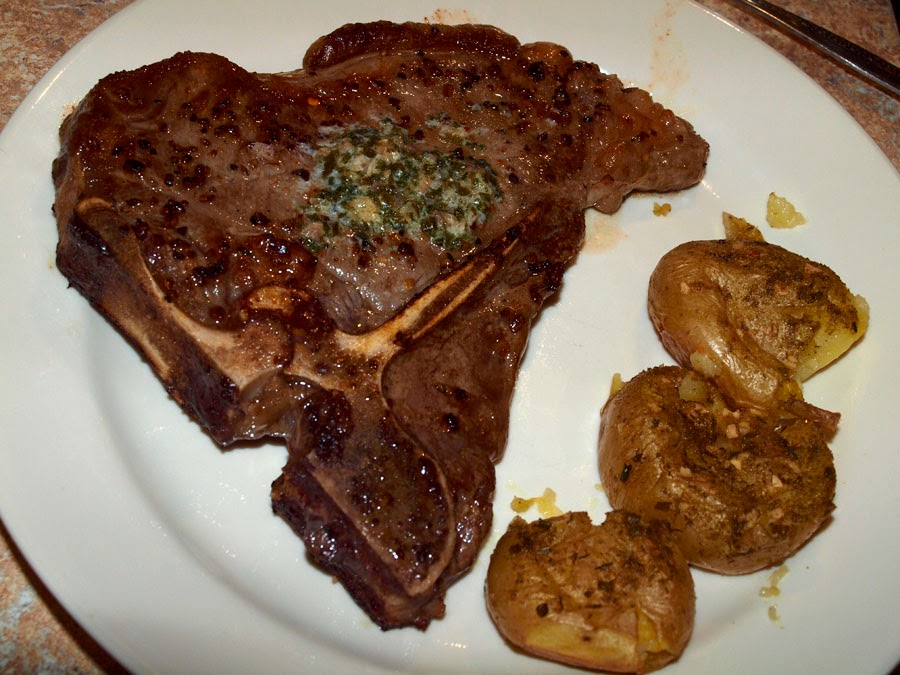 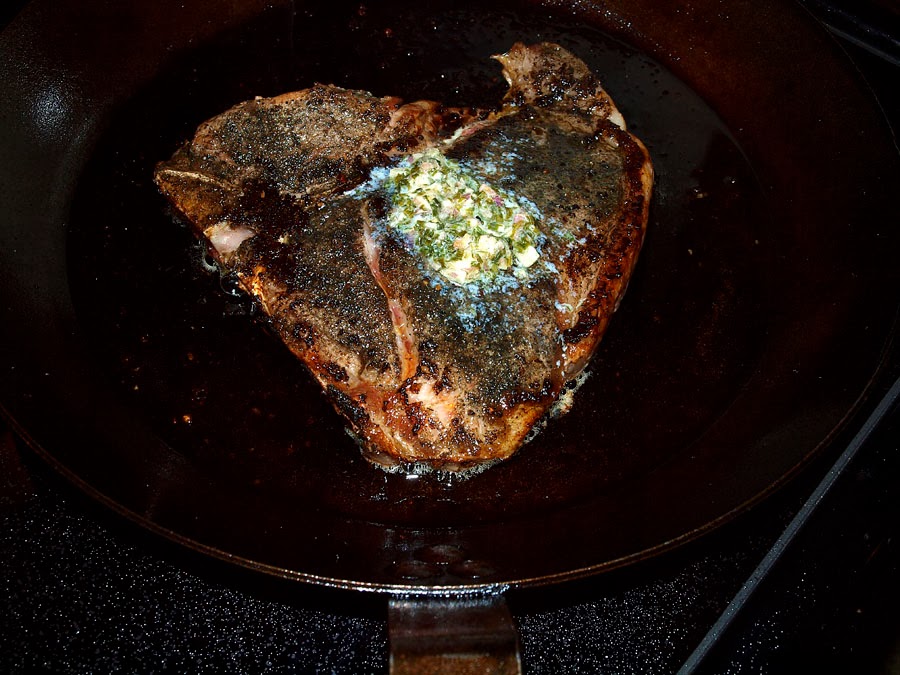 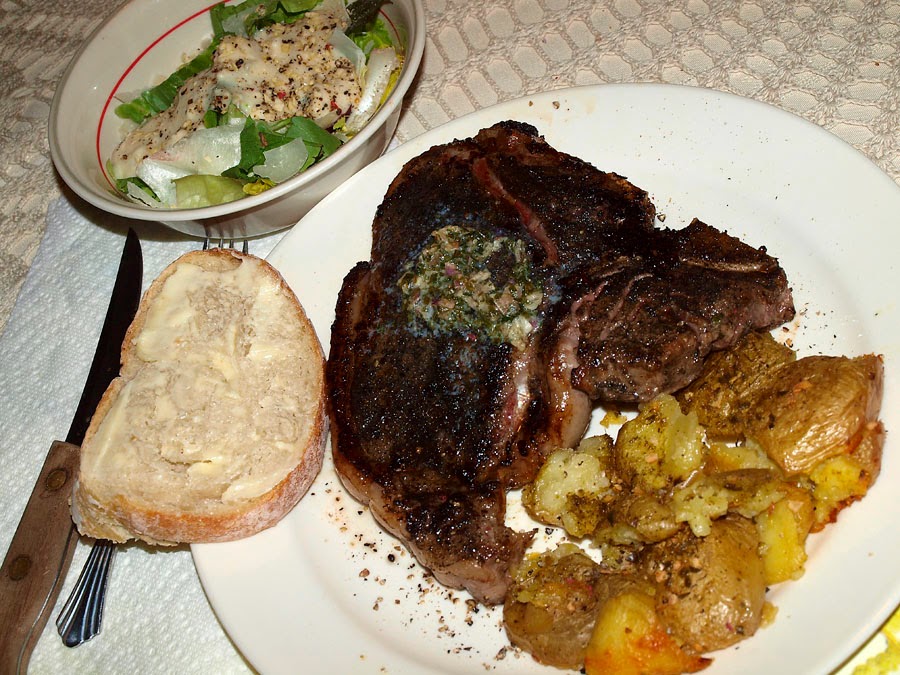 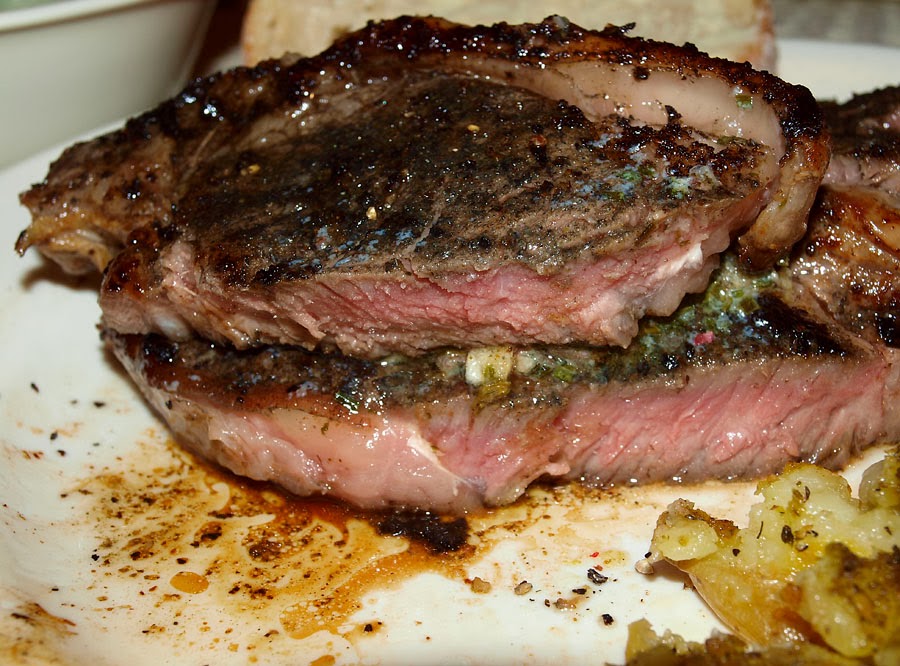