I have been itching to get out and do more cooking on my Traeger. With the weather forecast I didn’t plan anything for Thurs. Fri. or Sat. We got most all the rain forecast Thurs. night and I could have cooked out Thurs. and Fri. Tomorrow its forecast for a winter mix. Sunday is supposed to be a sunny 49 deg. so have a meatloaf planned for then.

You could call our supper tonight a Sandman supper. My wife and I both had a Philly cheese steak from his carry out; pretty darn good, the beef is thin sliced from rib eye. Our side, Curtido slaw, I made from some pineapple vinegar Sandman gave me. Both tasted great!

When I tried some loaf bread from my Bread in 5 peasant dough I had in mind to make some bread pudding from it. I had a recipe from the Bread in 5 cookbook I wanted to use. I didn’t have enough dough to fill a good loaf pan so I used some French bread I bought. I would rather have the peasant bread for butter bread anyway!

I baked the bread pudding this afternoon and we had it along with some Edy’s vanilla bean ice cream for dessert.It tasted great. This is a great way to use up old bread too.

The bread pudding was bread sliced ½ inch thick to cover a 9X13X2 baking dish. 1 quart half and half cream, 8 large egg yolks, 1 cup sugar, I used half white and half brown. I used a little more spices than the recipe; I used ½ teaspoon dried orange peel, 1 teaspoon cinnamon and eyeballed the fresh grated nutmeg. Mix the egg yolks and cream well then mix in all other ingredients, pour over the bread and let sit 10 minutes. Make sure the bread all gets coated. Bake for about 1 hour loosely covered with foil and poke holes in the center at 325 deg. I removed the foil after 45 minutes and sprinkled on some brown sugar. 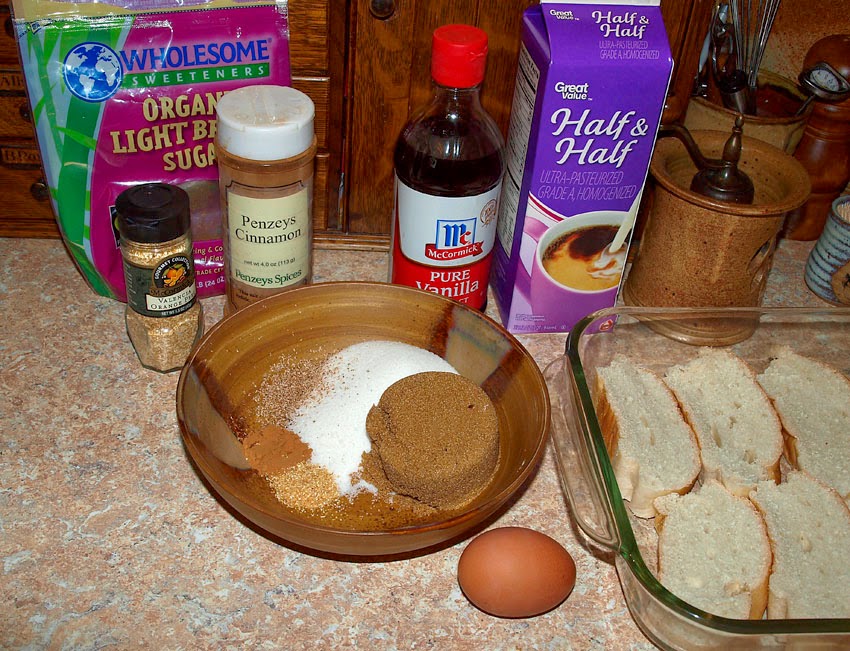 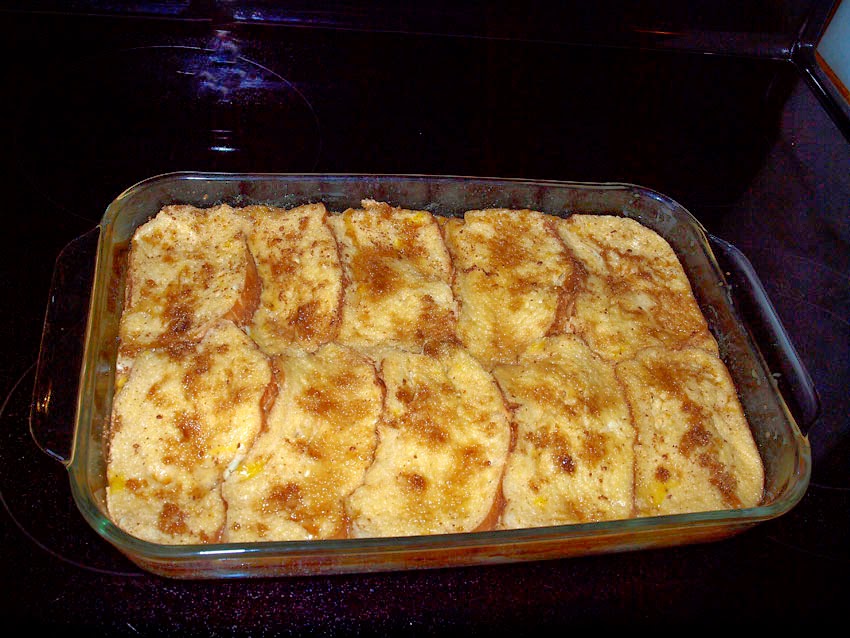 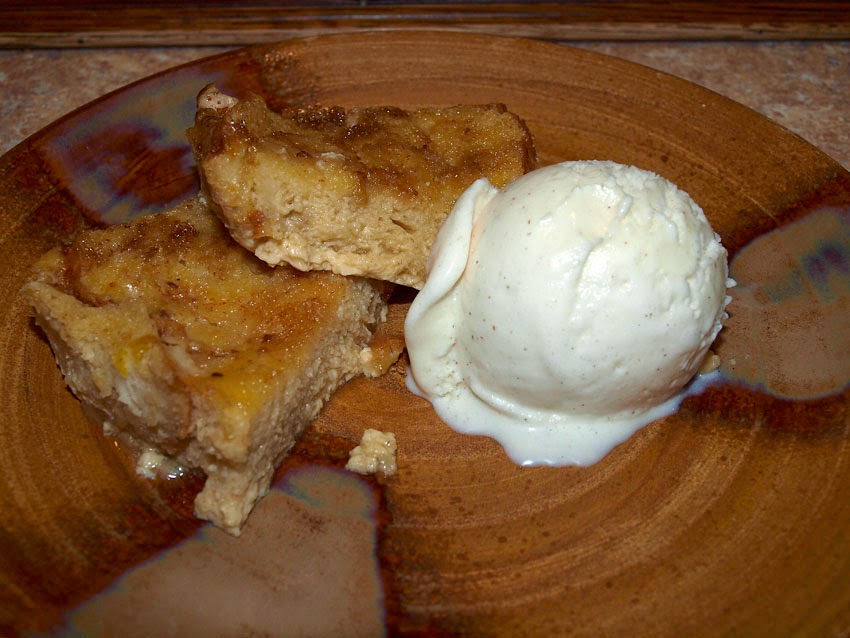