The other day I went through my beer carry out and Sandman gave me a pint of pineapple vinegar he had made. I remembered when I was making my Curtido, S.A. sauerkraut; they also made a fresh version of slaw using pineapple vinegar. I made up a batch of it and had it in the fridge about 6 hours before supper.

I would make some cheesy potatoes for another side and some baked chicken breasts. I usually use a can of Campbell’s cheddar cheese in my potatoes. When I opened it looked a little brown instead of the nice yellow. Checked the due date and it was this month. I was afraid to use it and found another can of Rico’s cheddar cheese. Due date on it was 2012, I didn’t even open it!

I made up the potatoes with a layer of potatoes, some shredded triple cheddar and then a second layer. I added half and half cream to come up half way. They were more like a cheese scalloped potatoes than my usual but just as good. I put them in a 350 deg. oven for 1 ½ hours lid on then took the lid off the last 20 minutes.

I figured an hour would do for the chicken breast. I made a mix of about a cup of Panko bread crumbs, 1/3 cup of parmesan and some Lawrey’s  seasoned salt. I placed them on a foil lined broiler pan and in the oven. All should be done by 6:00pm.

I checked the chicken at 5 till, it didn’t look brown enough. I figured the potatoes would hold and I could put the chicken under the broiler. I checked the temp and they were at 176 deg. I was afraid maybe I would dry them out so I let all set about 5 minutes and served it up. I had a little good bread with my butter!

I should have taken the time to brown the chicken; it was some juicy tasty chicken. My wife even said the same. If I had not been doing the potatoes I would have done the chicken at 375 or 400 deg. We both really like the slaw for some a little different. The pineapple vinegar is not as acidic, sour, as other vinegar. 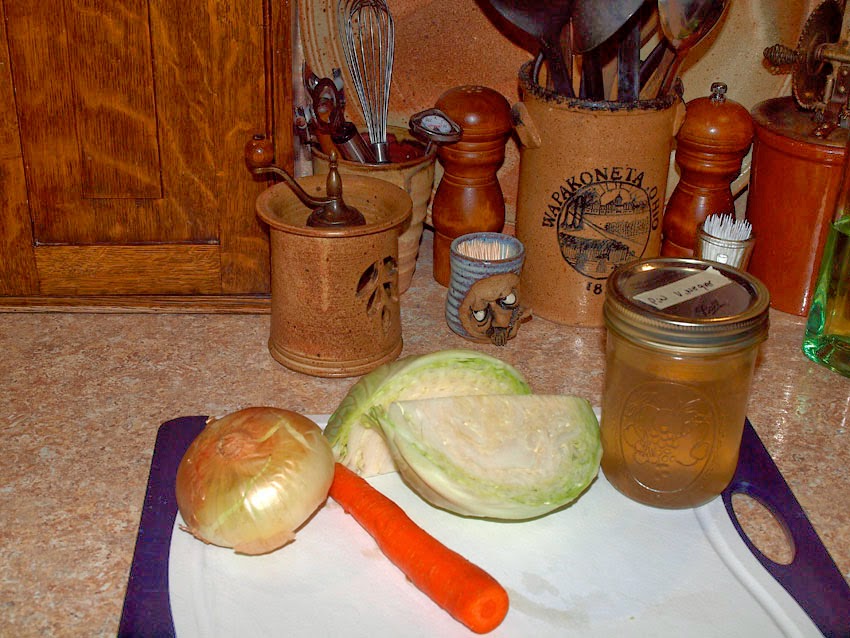 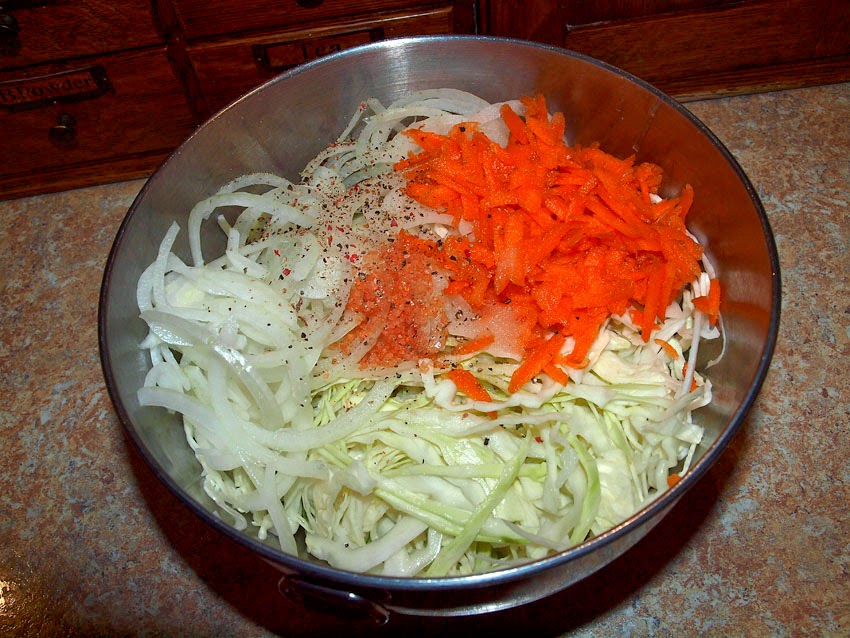 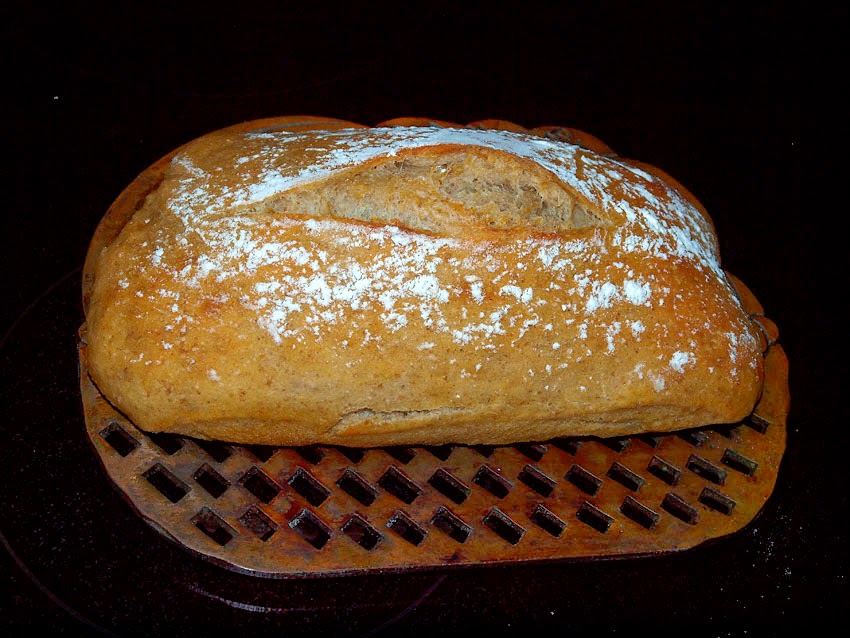 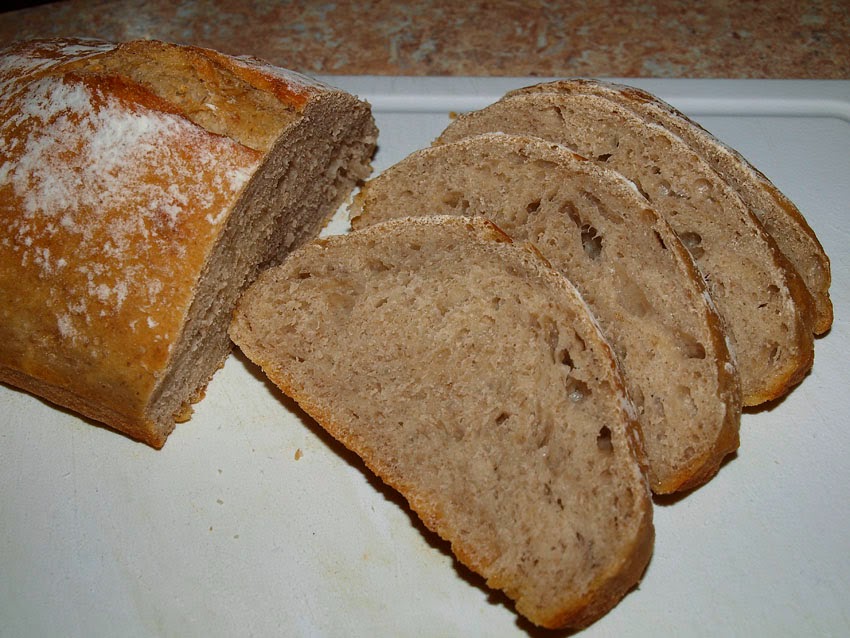 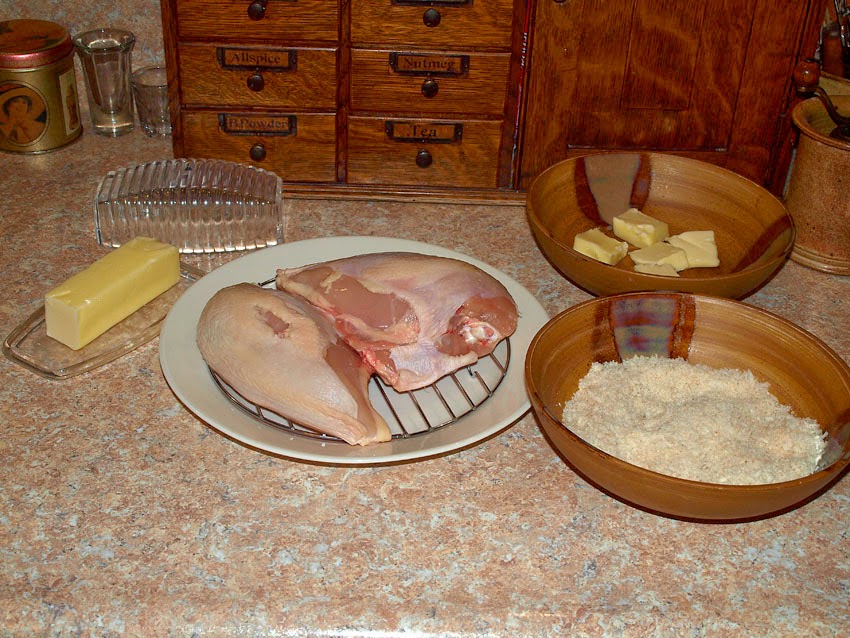 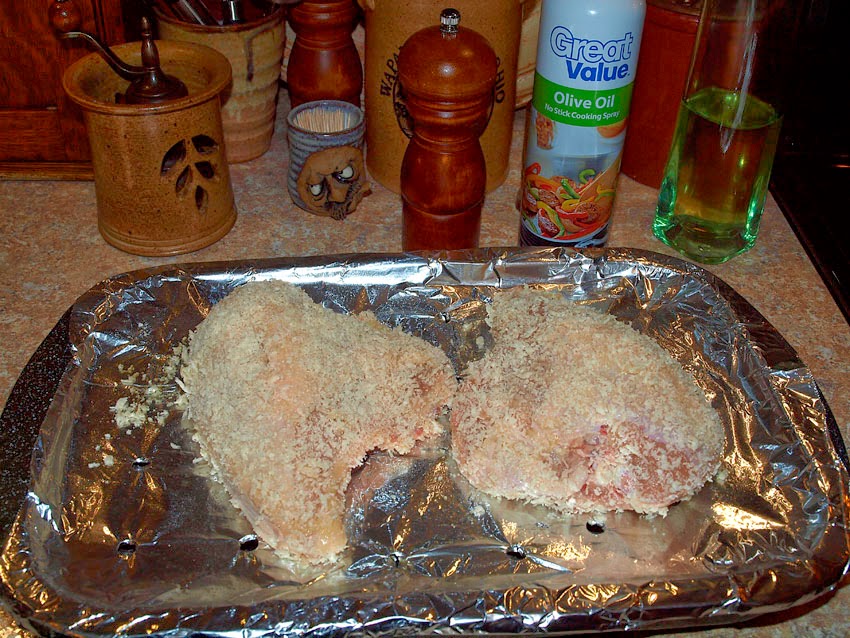 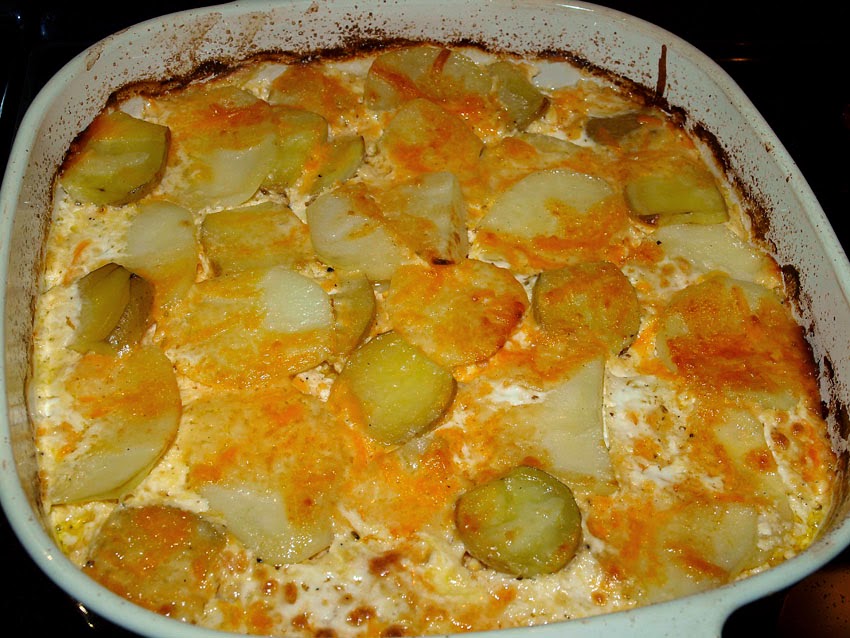 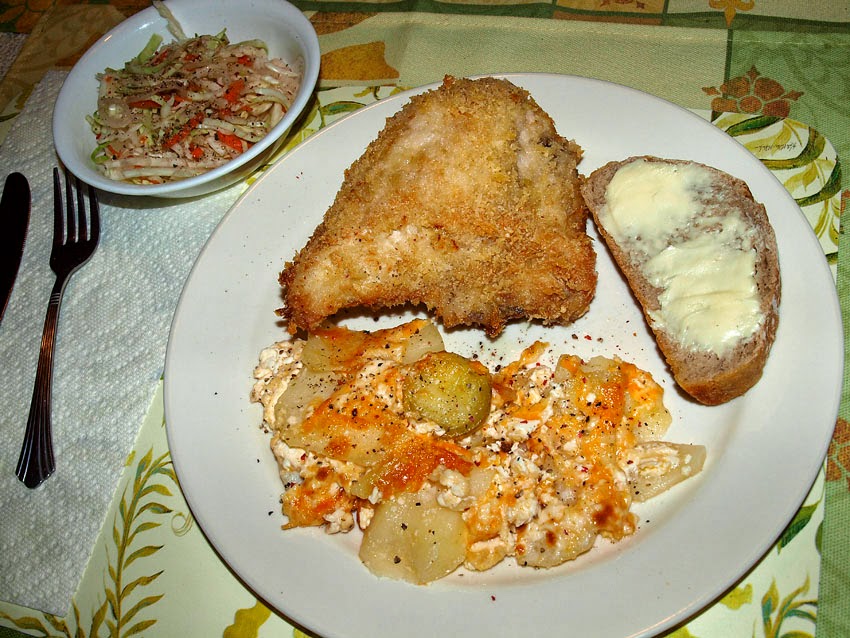