This recipe was from Mary at Deep South Dish, that lady knows how to cook southern! I followed her recipe almost to the letter but I did it in a Crockpot instead of stove top. I had a nice hunk of double smoked ham in the freezer to use.

I soaked the beans overnight and wanted to get them on about 10:00 AM in the Crockpot on high for two hours and then simmer on low all afternoon. My dog was sick so had to get him to the vet for some medicine and didn’t get the beans on until about 12:30. I checked them after 2 ½ hours and the beans were not done so I left them on high. I was using the old style Rival pot and they don’t get quite as hot as the newer ones do.

While the beans were cooking I made some skillet cornbread using a Krusteaze honey mix. My favorite box mix is Miracle Maize Sweet but the grocery was out of it. I also cooked some rice to have with the beans.  I caramelized a med. onion to add to the beans and stirred in some flour to help thicken the beans. I added them at 4:00 and checked the beans, still not done.  I checked them again just after 5:15 and they were not done, time to change strategy.

I put the beans in a pot and got them to a slow boil with the lid off and let them cook until 6:45, they were not as soft as I wanted but they were eatable. Also if you do beans in a Crockpot and want the broth to thicken just barely cover them with liquid since you don’t get the evaporation like doing them on the stove top. If they get too thick you can add liquid.

My wife had some leftover pizza for supper, she don’t know beans are great! I served my beans over some rice with buttered cornbread. One thing that helped was I was finally able to get some Fat Tire Belgium ale to try. I loved it but at over $1 a bottle it will be a Sunday beer for me.

I always thought dried beans lasted a long time but looked it up and one place said a year. It said that some beans over a year old will never get tender no matter how long they are soaked or cooked. Evidently that must include Lima beans. I have never had this problem before and know I have used beans that were over a year old. Most places will say beans can last 10 to 30 years. I have enough on hand I think I will get them all vacuum packed as it helps preserve them. Then you have no idea how long the shelf life is at the grocery. I googled it for info but could find no info on the shelf life. I guess you are never too old to know your beans! 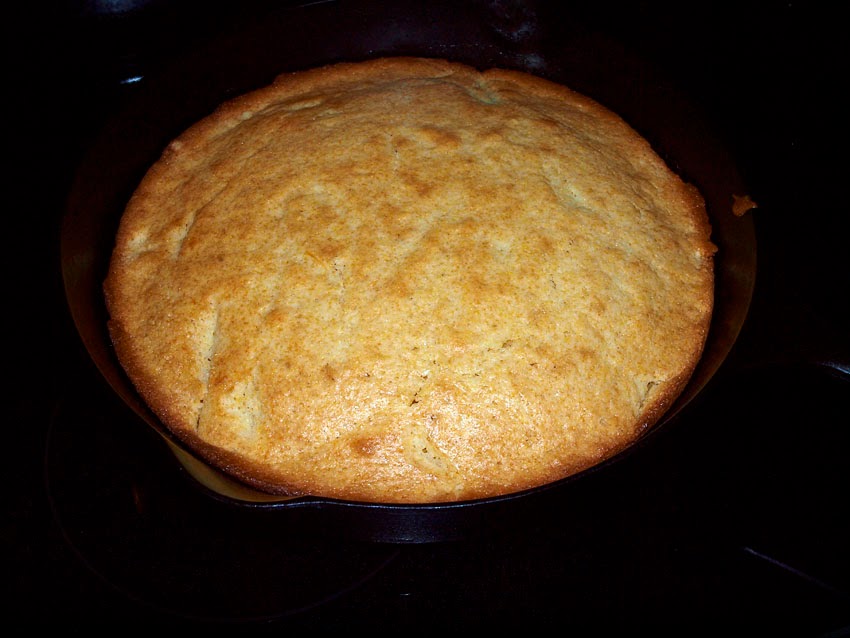 Butter, onions, celery, and carrots in the pot 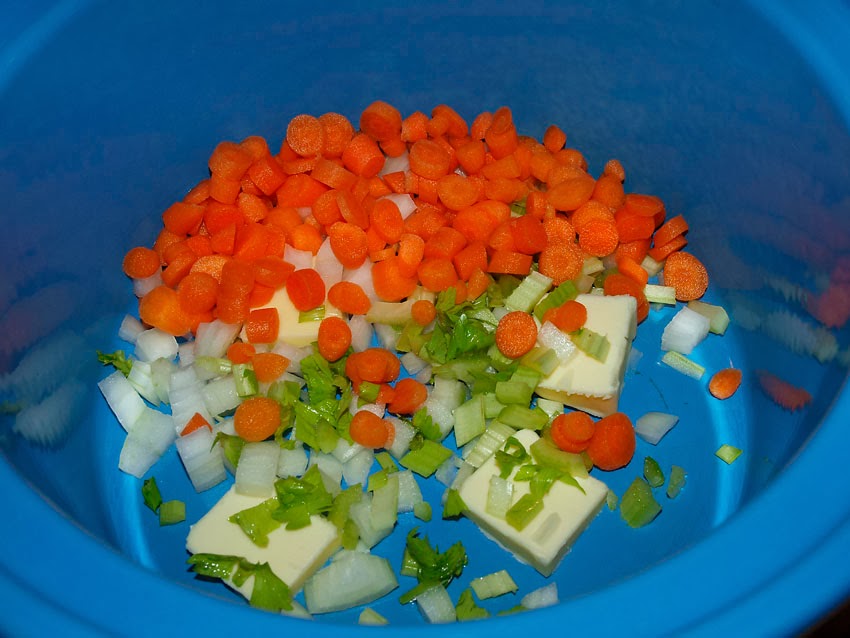 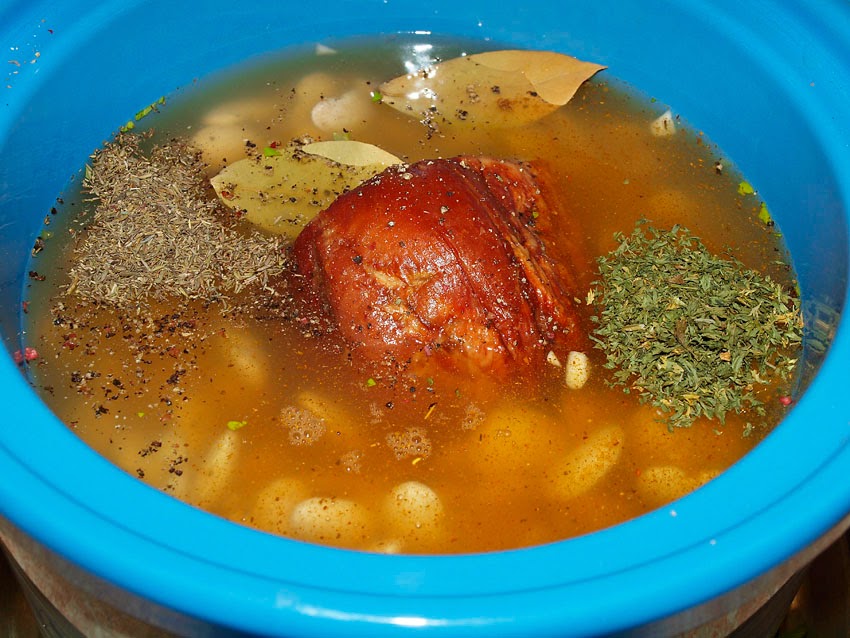 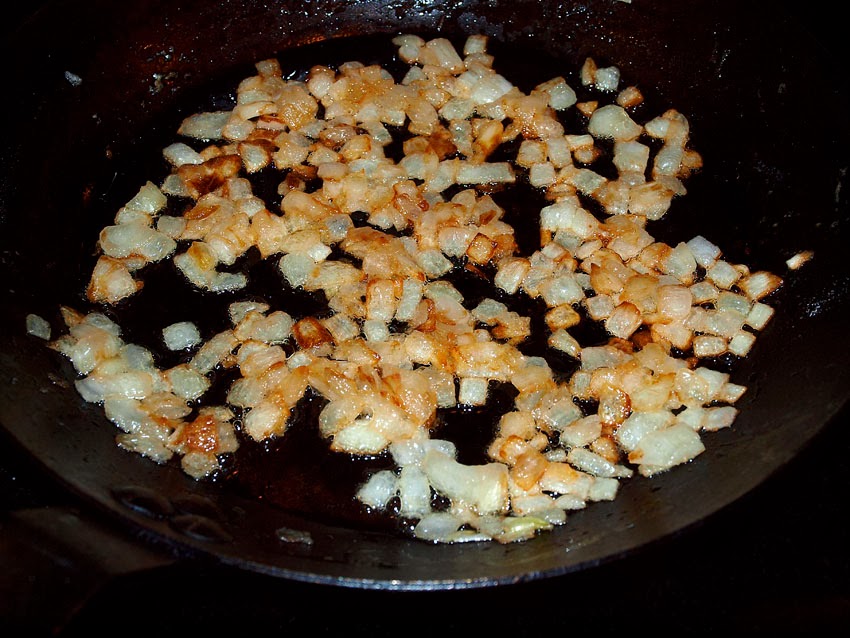 Some flour stirred into the onions 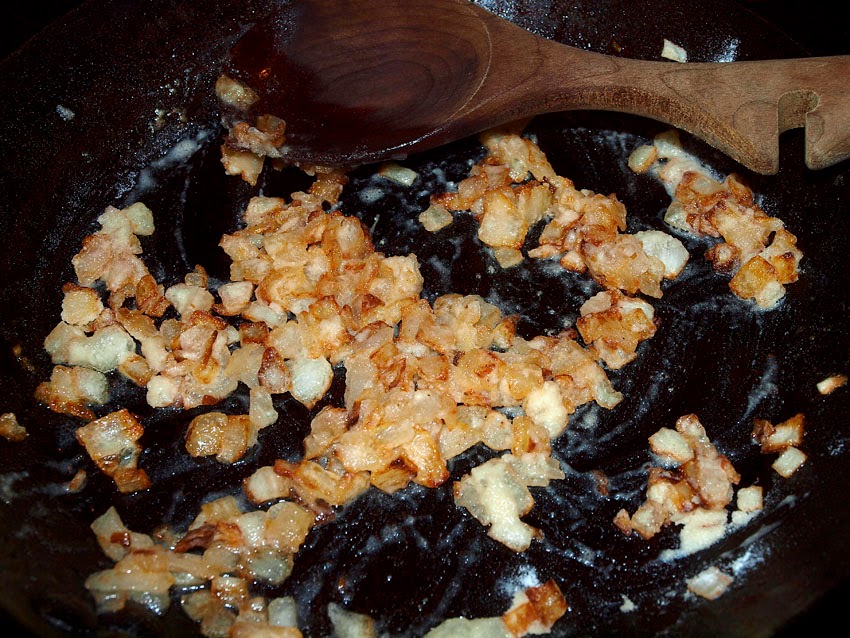 Ham shredded and back in the pot 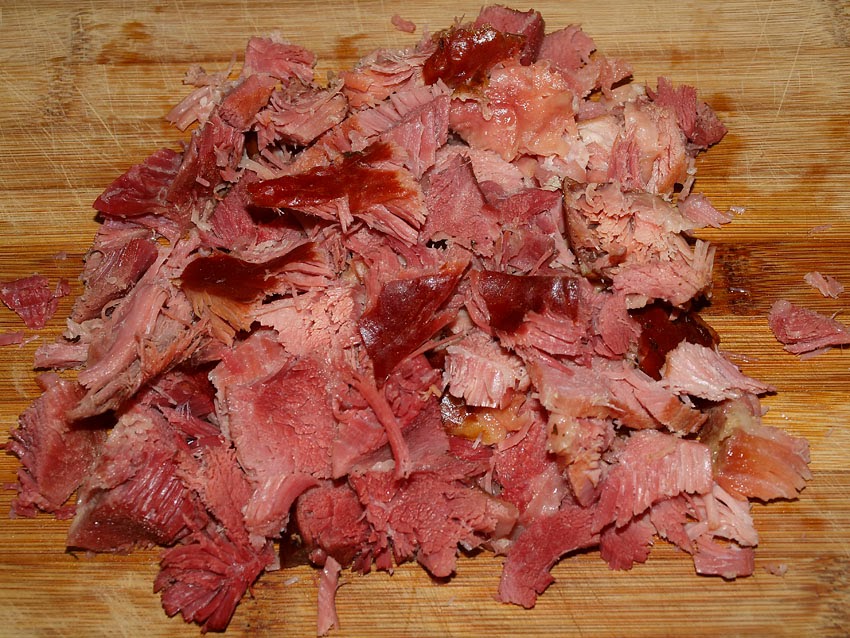 All done, ready to serve 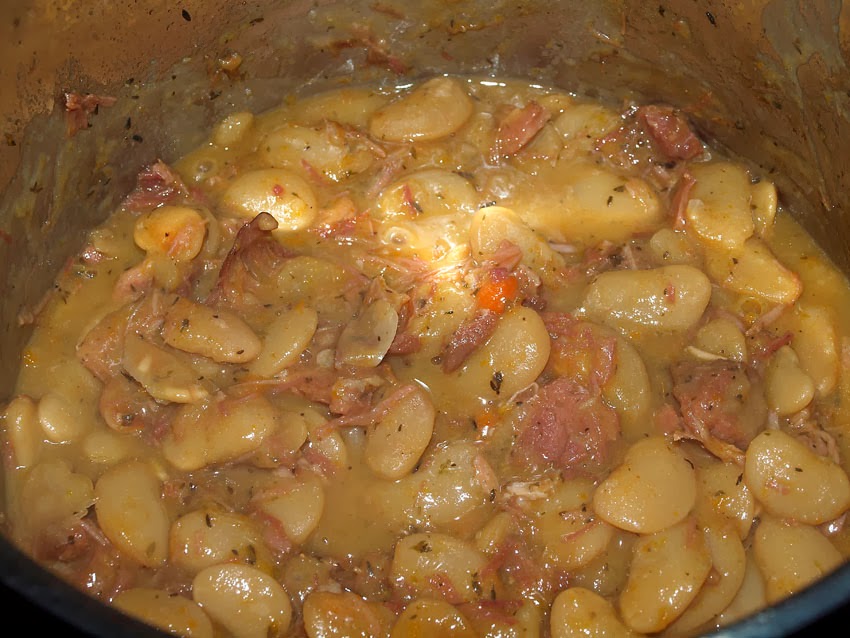 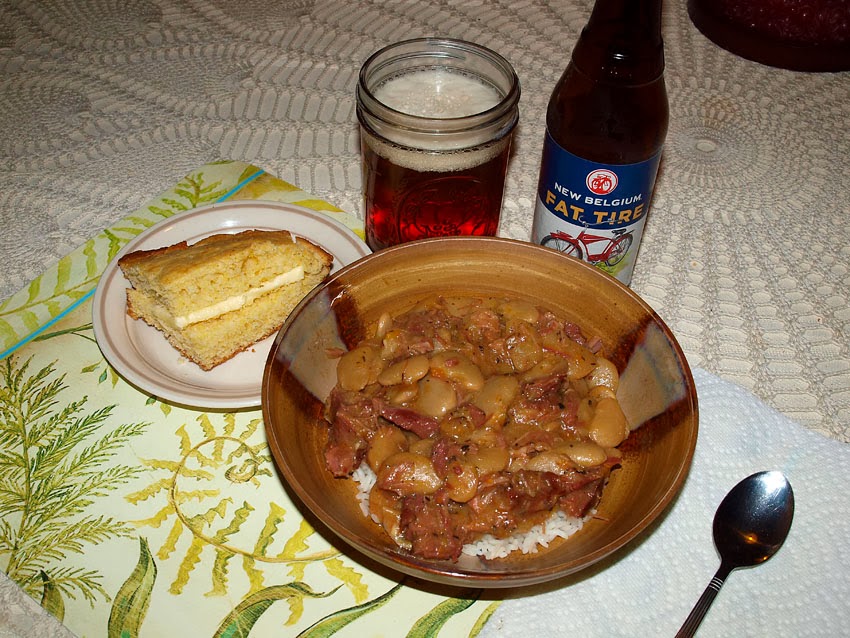