Yet another winter storm went through last night. We were spared some of the worst and only had 2 inches of snow. They were saying 2 to 7 inches but it settled more south of us here in NW Ohio. It looks like we will be in the freezer another week at least before spring!

After having a heavy supper last night, steak and potatoes, it would be lighter tonight. I had just enough bread in 5 dough left for a couple of small pizzas. I told the daughter in law to come down and I would do a veggie one for her.

I made her one up with sauce, some sliced marinated artichoke hearts and cheese topping. I didn’t get hers thin enough and it was more like pizza bread but she liked it. The grandson said he was not hungry and didn’t want to eat. I did better with the wife and my crust. The dough is just not the right consistency for pizza crust; at least I have trouble with it. I can’t work it and let it stretch it’s self out and when I roll it I get it out to about 10 inches and right away it’s back to 8 inches! Next time I will try working some flour in and roll it out.

The pizza was a layer of Classico sauce, some chopped onions, a layer of thin sopressatta , some Italian blend shredded cheese, shredded mozzarella, sliced up capicola, green peppers, prosciutto, a little dried oregano and basil. I baked it at 500 deg. for about 14 minutes turning half way.

We both had salads with shaved parmesan and Italian dressing. I added some black olives, marinated artichoke hearts, dried garlic flakes and pepper to mine. My wife was glued to the TV watching the Oscars so I served her on a TV tray.

At about 8:00 the grandson said he was hungry, giving him the options from the fridge all he wanted was a bowl of some leftover spaghetti just heated up plain. Then I sliced up a couple of turnips and we ate some with salt on. 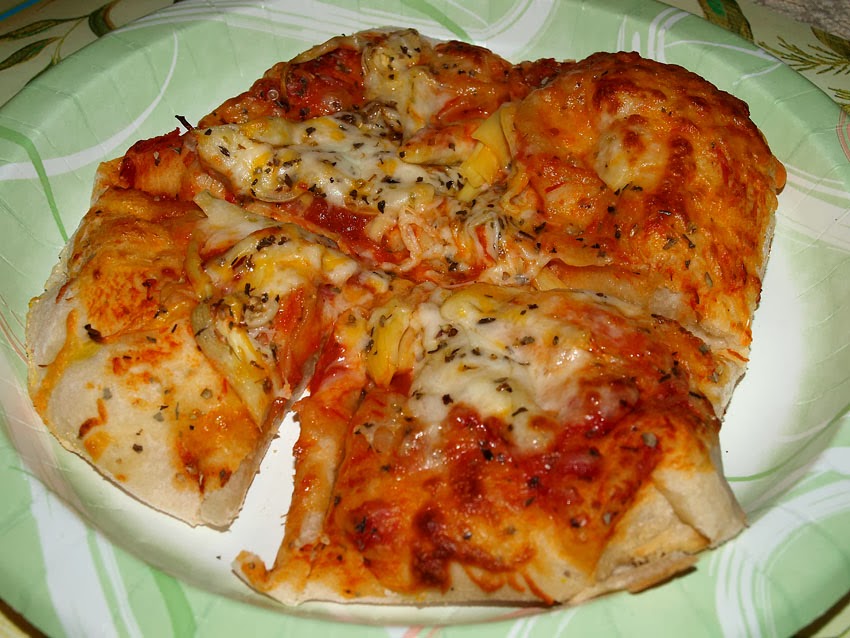 Making up the layers 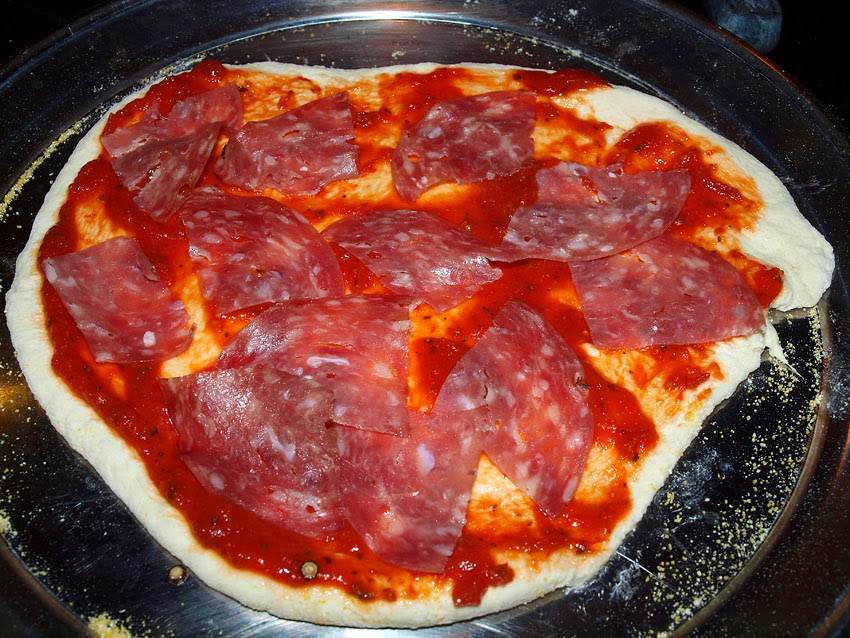 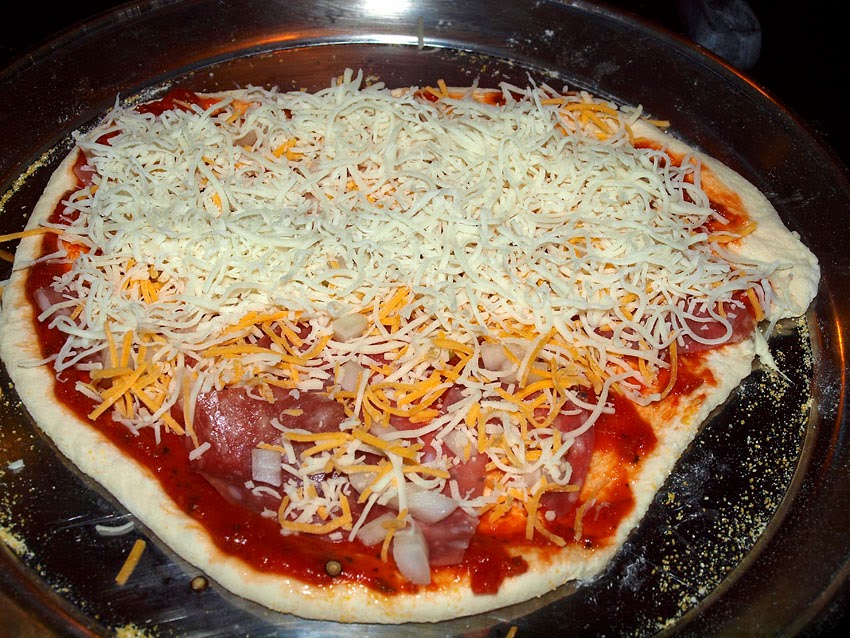 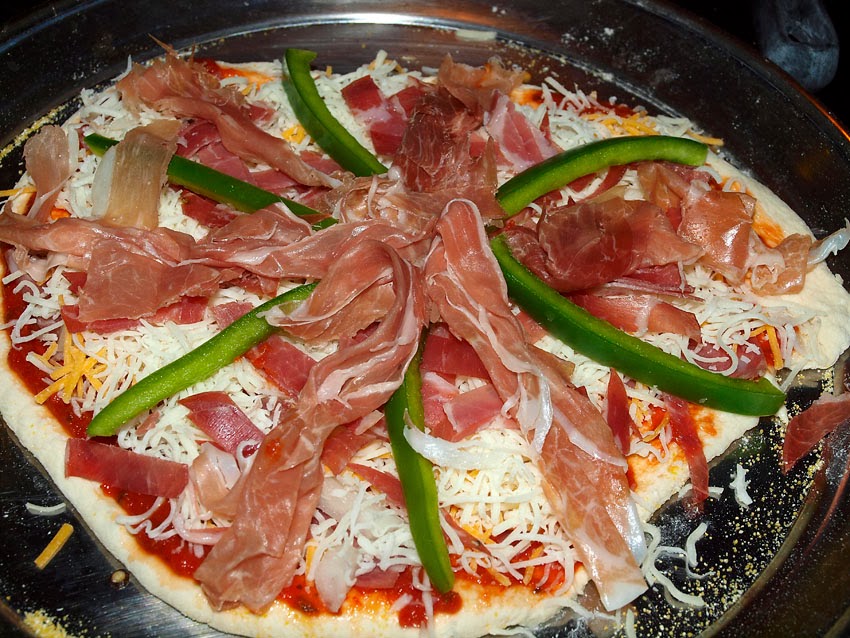 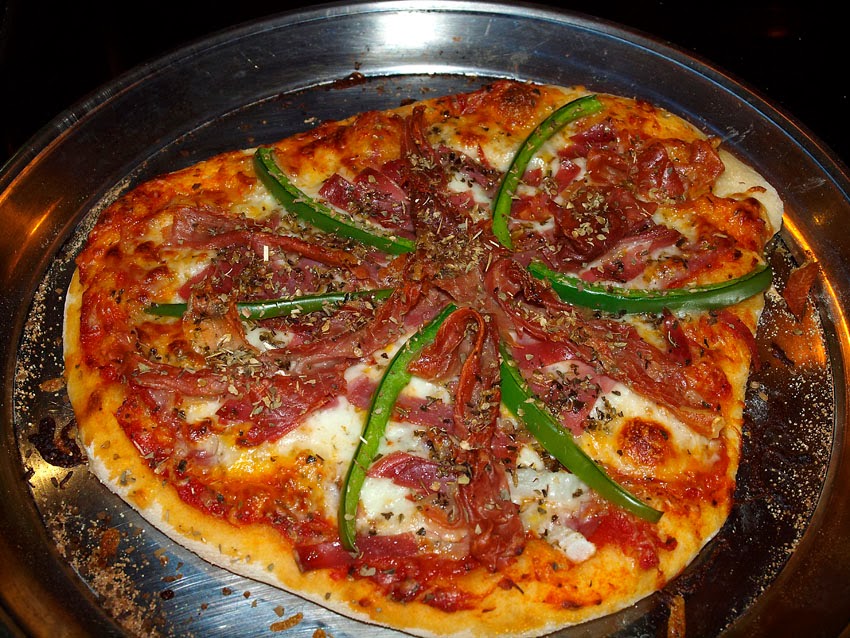 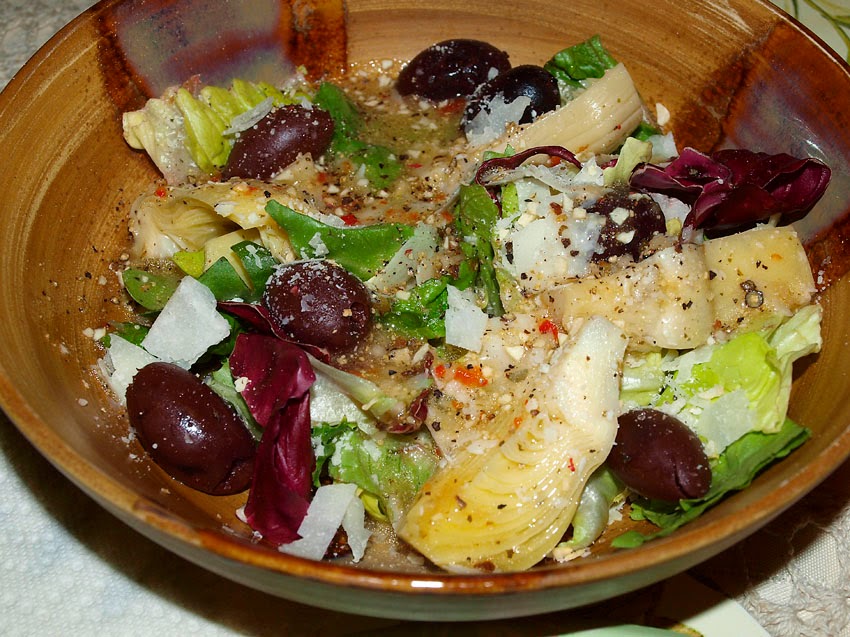 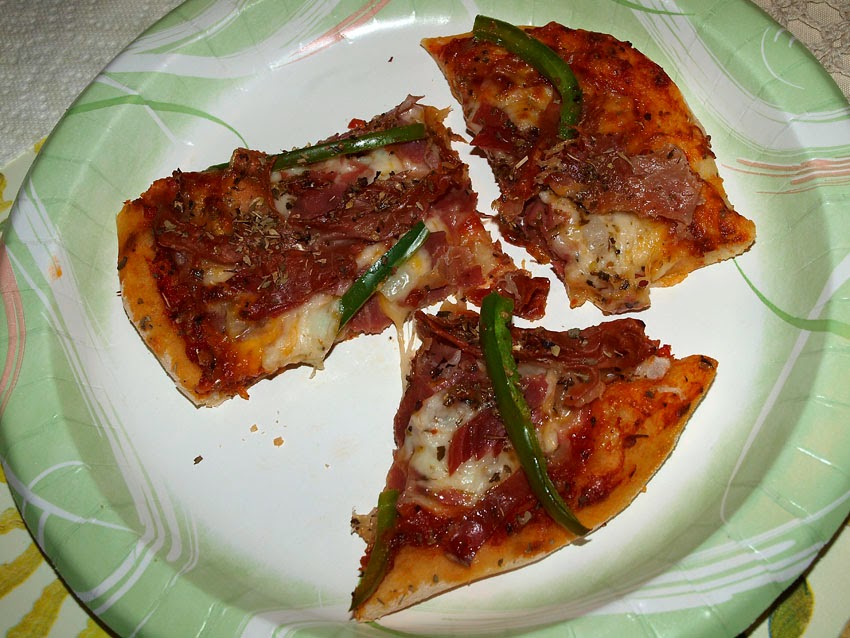