Spring was here, almost all the snow was gone that accumulated since Jan. 01, it was 62 deg. Then Mother Nature decided we needed more snow and cold and sent another storm across. It’s after 10 pm and down to 22 deg. and supposed to be zero tonight! We fared well with only about 3 inches, but it was wet and heavy to shovel and didn’t blow well. Earlier today Scallywag said they had 12 inches; sure glad we didn’t get that much! After clearing my drive and walks I was sure hungry for these shrimp and grits!

After lunch I made some Za’atar seasoned flat bread with my bread in 5 dough. I had some good stone ground yellow grits to fix too.

I got my grits on cooking, it said 20 minutes but took about twice that to get them as thick as I wanted. While they were cooking I got the shrimp marinating in a little olive oil, Penzey’s Sandwich Sprinkle and Cajun seasoning and dried chives. I heated a skillet with 2 pats of butter, as an afterthought I added a nice pinch of oregano to the shrimp and in the skillet. Stirred after a couple of minutes and added about 3 ounces of tomato sauce. I stirred in a cup of shredded cheese to the grits. I like shredded white cheddar in my grits but had 4 blend Mexican to use up.

I served the shrimp over the grits and we had some of the Za’atar flat bread. Tasted great! Somewhere in the hustle at the end I missed a shot of the shrimp with the tomato sauce added. 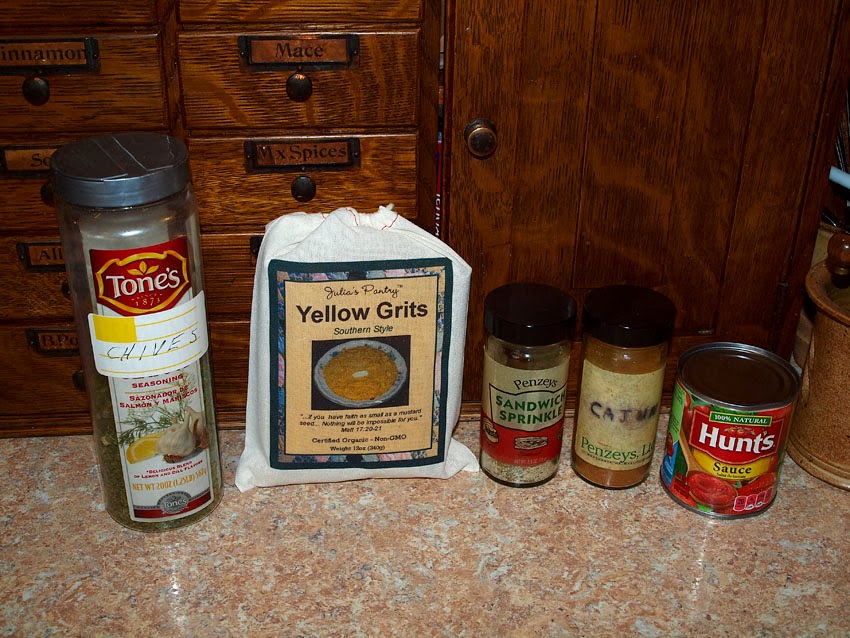 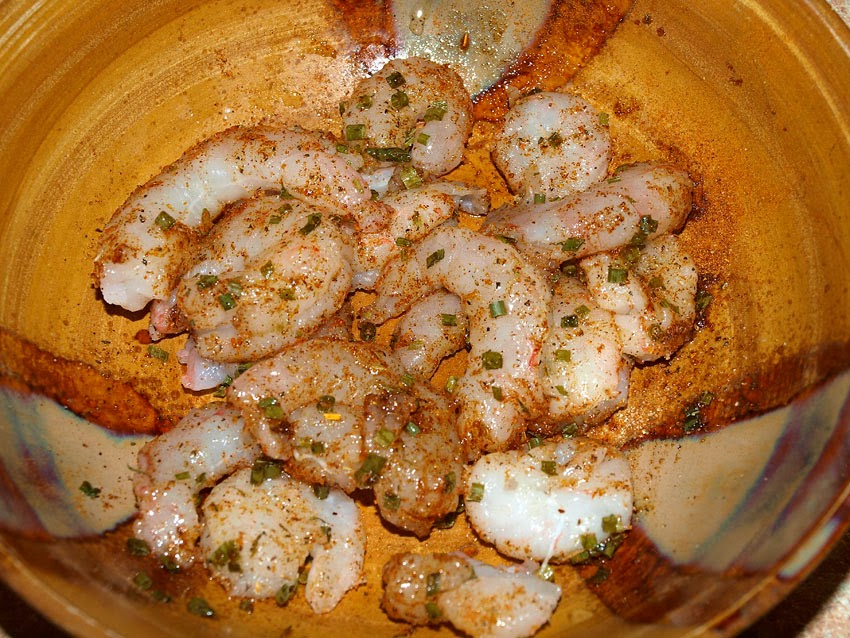 Shrimp ready for the tomato sauce 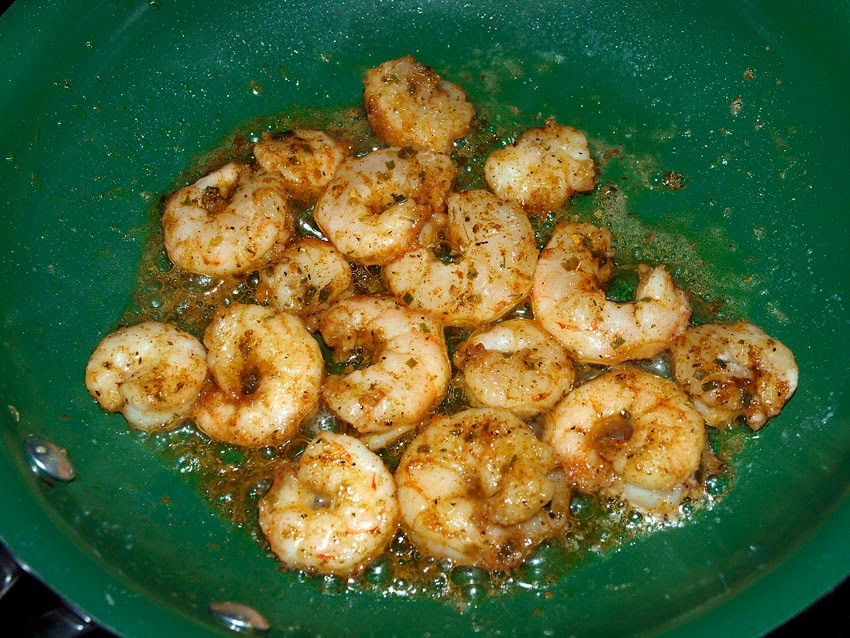 My bowl of goodness 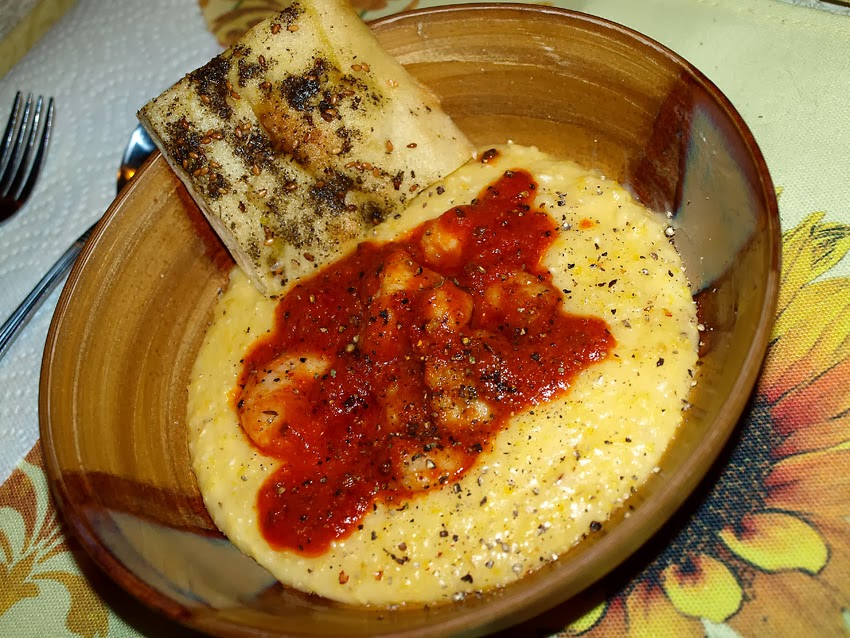