Today’s cook I did in two parts. The first part would be smoking rice, I had never done this so didn’t know how long or how it would go. I got the idea from Jeanie at Cowgirl’s Country Life blog. She said to use mesquite wood, I normally don’t care for mesquite but it would be a flavor I could detect if I got any into the rice. I had some mesquite chips & put a couple handfuls into a Weber foil drip pan. I covered it with water for a couple of hours. I would set it on top of my heat deflector. For the rice I used a box of Zatarain’s long grain & wild rice. For the liquid I used some of my own chicken broth, and I chopped some baby bella mushrooms to add. I got my Traeger fired up & went to 350 deg. I put the rice on at 2:12 when the temp was 230deg & climbing. 2:24 temp was 350 deg. At 2:30 the mesquite started to smoke. At 2:40 the smoke died down, I had only 10 minutes of the mesquite smoke. At 2:50 I decided to take the rice inside, finish in the microwave, then reheat for our meal. After eating it the wife & I both thought it had some smoke flavor & was better than normal. I will try to find some mesquite chunks & try for a longer smoke the next time.
The second part of my cook would be Tilapia & some yellow squash from my garden. I bought 4 nice Tilapia filets, wild caught in Columbia at Sams Club. I soaked two cedar planks to cook them on. I don’t get any cedar flavor but I think it really helps keep the fish moist. I don’t really understand the cedar planks, when I used them on chicken I was getting smoke from them at 325 deg. and they were charred enough I threw them out. This time they looked good enough I will use them again. I must say that I did finish the chicken at 375 deg for about 15 min. I marinated the Tilapia in the juice of one lime & one orange for an hour before cooking. The package of Tilapia said bake at 350 deg. for 25 minutes so I decided to do mine at 325 deg for 30 minutes. The temps I give in my recipes are from the digital readout on the Traeger. The sensor is on the left side so my temps are about 20 to 25 deg hotter at grill level. Some people clip a meat probe at grill level & cook from that, but to me that is too much trouble. I just keep it in mind that grill temps are a little hotter if I am concerned about keeping close temps. I am more concerned about getting the meat to the right internal temp.
I planned my meal for 6:00 so a little after 5:00 I started up the smoker & set to 325 deg. I wiped off the cedar planks, sprayed with olive oil, added the fish & seasoned with Penzey’s Florida seasoned pepper, it has dried citrus peels, onion & garlic added for a great flavor. I got the fish on the smoker at 5:30, went inside & prepared the yellow squash, added some garlic granules. I have been using McCormick’s Calif. Blend with parsley. And I added a little salt. The squash was on about 20 min, turning half way. All was done at 6:00. I reheated the smoked rice & served all with some leftover cornbread. It turned out to be a good cook. 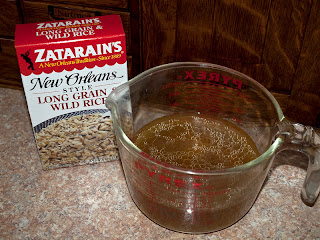 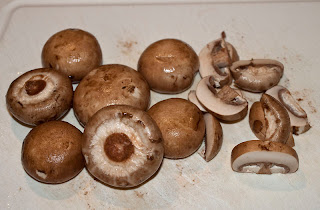 Rice ready for the smoker 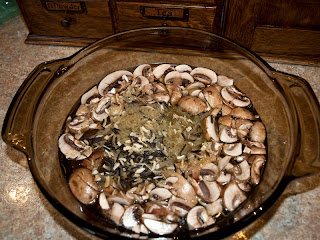 Mesquite on the heat shield 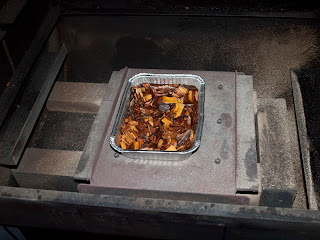 Smoke from the mesquite 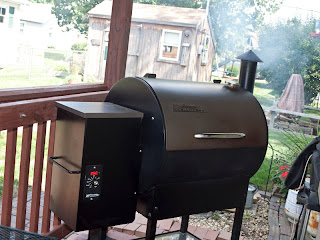 Rice on the smoker 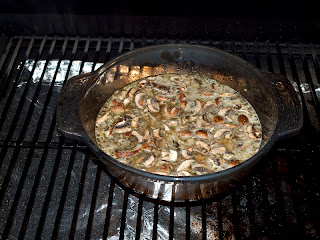 Marinade for the fish 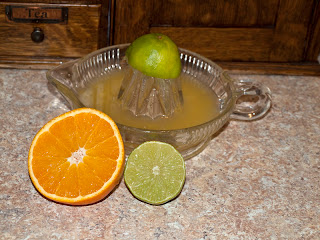 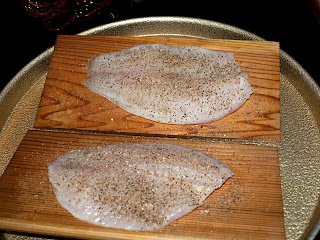 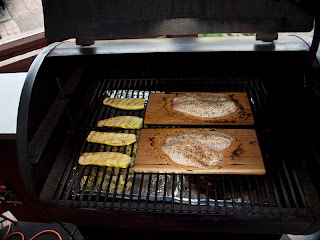 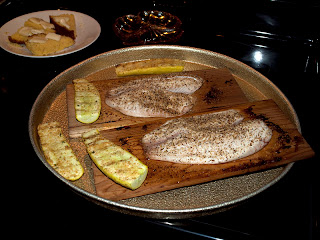 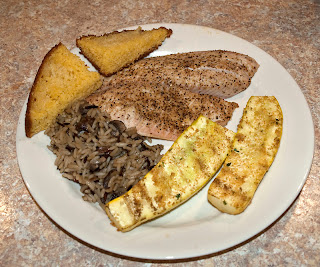 Smokin Don
Posted by Smokin Don at 2:33 AM