I hope today was summer heats last hurrah, 95 deg & 45 % humidity! Early this am I cut up some of my last tomatoes, some Vidalia onion, & sliced cucumbers. For the marinade I used about one cup of apple cider vinegar, 3 cups of water & about 3 Tbs of olive oil. Salt, pepper, a tsp of sugar & 3 cloves of smashed garlic.
Yesterday I went to my butchers to get some bacon & a rack of spare ribs. I ask for the spare ribs & he said I don’t have any cut, I can go break down a hog & get some for you. They butcher on Thursdays. I said I don’t need them until tomorrow so I’ll pick them up in the morning. Now these ribs would be fresh off the hog! These Greek style ribs do not need a long marinade time & pretty simple to prepare. About 2 hrs. before cook time I cut my 5 ¾ lbs. spare ribs St. Louis style. I cut the flap meat in 3 pieces for the cook! I wanted to try some Bone Suckin rub on them so wet them down with red wine vinegar & the rub. The rest of the trimmings I vacuum sealed & froze for use in beans or soup later. I seasoned the ribs with kosher salt, fresh ground pepper, & oregano, then back in the fridge. Just before cook time I would add 3 cloves of chopped garlic, lemon zest & the juice of one lemon. Below in a photo I show my favorite zester, a Hamilton Beach. I got the ribs on at 1:30, smoke mode 180 deg. for one hour then went to 225 deg. At 3:00 I put a potato in the oven at 350 deg. I use a potato heat rod, & pierce the potatoes with a fork, nothing on the skin. In two hrs. you will have a crusty potato skin with potato in the middle. After 3 hrs. I turned the ribs end for end, with my Traeger I rarely turn my meats & my ribs are done meat side up. I also added the juice of one lemon. About 5:15 I decided the ribs were done after a bend test so pulled them & tented with foil to rest for 10 min. Total cook time was just under 4 hrs. I prepared the wife & my plates. I love these Greek style ribs for a change of pace from the usual BBQ rub & sauce. This was the first time I used spare ribs instead of baby backs & I prefer the baby backs. 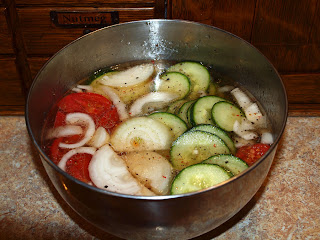 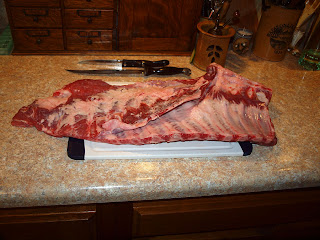 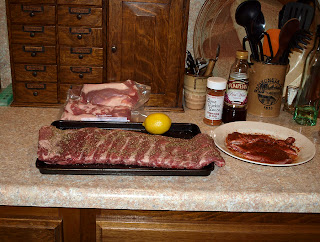 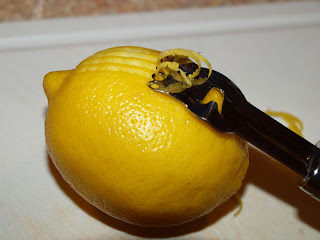 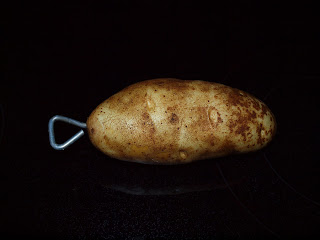 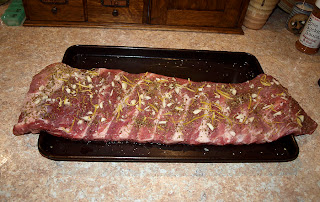 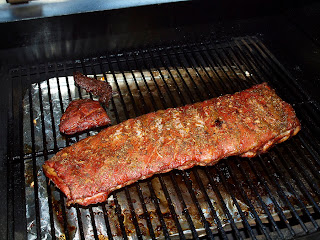 My plate
That's Philly cheese sauce on my potato 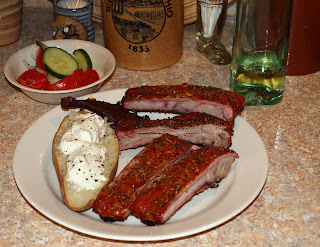 Smokin Don
Posted by Smokin Don at 2:02 AM