In Out style Burgers and Potatoes

I was hungry for some smash burgers and decided to do them in the style of the In Out Burgers. I did a sirloin roast early today; I did it on my Traeger and took it to 130 deg. IT. I let it cool and then double wrapped in foil and in the fridge overnight. I will slice it thin tomorrow and make some Chicago style beef in the Crockpot.

It looks like In Out uses American cheese on their burgers like most burger joints. I prefer Swiss, Gouda or real cheddar on mine but I got some American for these. It does melt nice and run down making the sandwich look prettier.

It was a beautiful day today to be outside cooking. About 4:30 I deep fried some thin sliced onions for on the sandwich and made up some balls from ground chuck for the burgers. I had one small garden tomato that was ripe and was able to get 4 thin slices from it. I had a small bag of frozen sour cream and onion roasted potatoes to try and they were just right for two servings.

I did the burgers on my Weber Spirit on the backside of grill grates. I browned the buns first and then did the burgers. I threw them on and then smashed after 3 minutes I squeezed some mustard on top and then flipped. After 2 minutes I added the cheese slices and after 2 more minutes I made up the sandwiches.  I put them cheese side down so I could add the tomatoes and onions to the top. I had put the potatoes in the micro wave too.

The wife and I loved the burgers but the potatoes were just so so. You can’t get roasted potatoes from a micro wave! 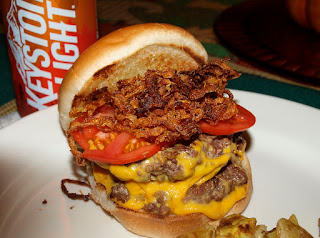 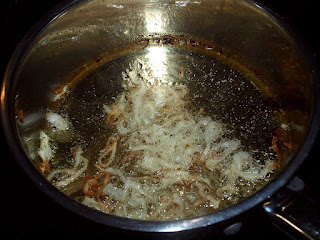 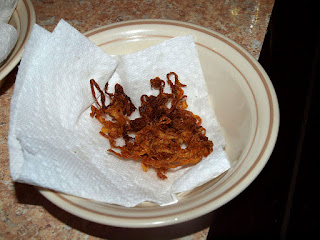 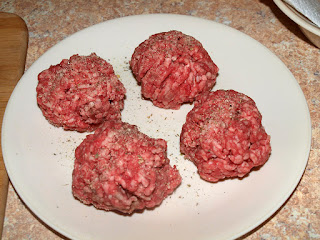 First side done and mustard added 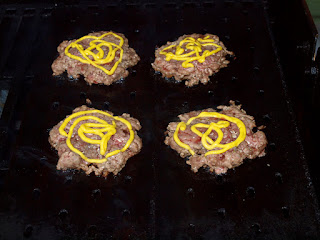 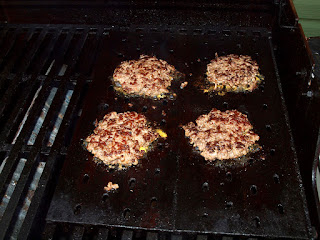 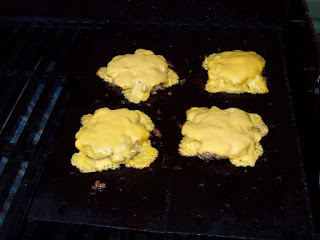 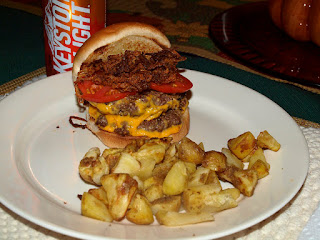 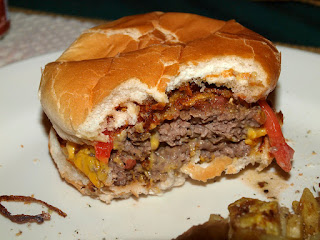