It was a sunny 72 deg. today! I spent most of the afternoon cleaning out flowers and garden. There were quite a few beer breaks listening to music on my deck.

I found this recipe by Hola at mycolumbiancooking blogspot. Her recipe called for pureeing an onion and 8 cloves of garlic to marinate the beef in overnight. She then seared the beef in butter and cooked covered with water for two hours, then adding 1 cup of coca cola, ½ cup of brown sugar, and 3 tablespoons of brown sugar and cook another 20 minutes.  She served it with white rice and plantains.

Most American versions of coca cola beef were done in a Crockpot with coca cola and a pack of onion soup mix. I merged the recipes and methods to my liking. I did marinade the about 2 pound chuck roast it the pureed onions and garlic overnight. I scraped most of the marinade off to add later. I seared the beef in2 tablespoons of butter 3 minutes per side. I deglazed the skillet with a little water to add to the pot.

The beef went into a Crockpot topped with the marinade and pan juices. I added enough cola to almost cover the beef and turned to high for a half hour then to low for about 7 hours. After two hours I added some carrots and 2 tablespoons of Worcestershire sauce then two hours before it was done I added a good tablespoon of brown sugar.

I cannot get plantains around here so I added the carrots; which were good with it. When we were ready to eat I removed the beef and carrots and took any fat off the beef. I placed it in a 200 deg. oven to hold. I used a gravy separator to pour off the fat and thickened it with about 2 tablespoons of flour in some water.

My wife had some corn bread with hers and I had rye bread; there was a little butter folded in the rye bread! We both liked it but a little too sweet. The beef was some of the most tender I have made. I would like to do it again but omit the brown sugar; there is enough in the cola, and use the onion soup mix. This may give it a more savory sweet taste. 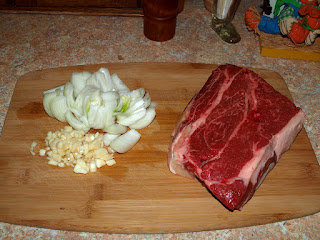 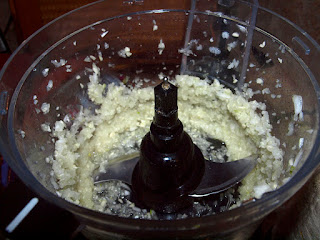 Ready for overnight in the fridge 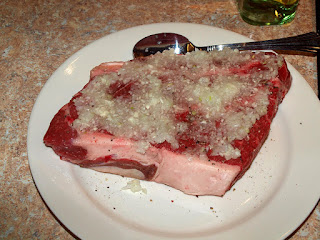 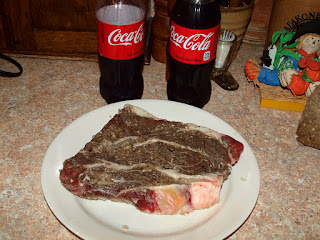 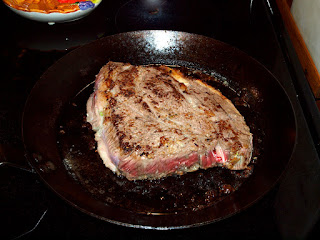 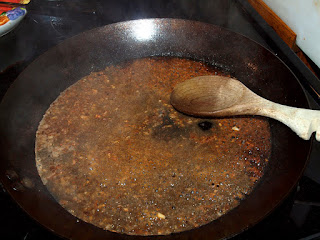 All in but the carrots 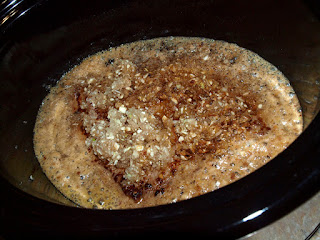 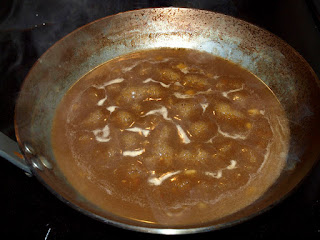 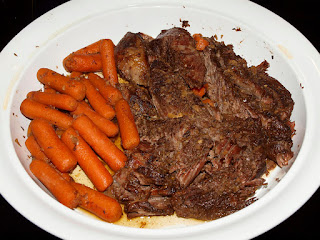 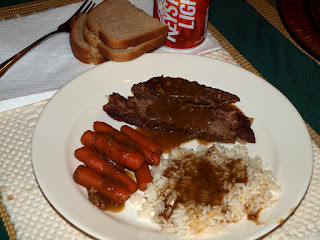