One of my favorite meals is baked steak. My Mom made this a lot using sirloin or round steak and mushroom soup. She would cut the steak in one serving pieces, pound a couple of times with a meat mallet, season with salt and pepper, dredge in flour and brown up. Then she placed in a casserole dish, poured the mushroom soup over and baked 45 minutes to an hour.

When I bought some Angus minute steaks I was not thinking baked steak but I had some small yellow potatoes that would make good mashed potatoes. The steaks baked in Pioneer Country Gravy would be good and I could have some peas over the potatoes and gravy.

The grandson did not have school today so he and my wife went to a movie today and then some shopping. When they got home he closed all the vents in the crawl space for me before he went home.
I have been plugging at getting my work shop cleaned up and I am just about done now. It is starting to look like a work shop instead of a storage shed!

For supper I browned the minute streaks and made the country gravy for over them. I used Pioneer brand package mix and it makes 2 cups. I steamed the potatoes and mashed and whipped them with a half stick of butter and added some dried chives. The steaks were in the 350 deg. oven for 45 minutes, covered for 30 minutes then removed the cover the last 15 minutes. I heated some frozen green peas in the microwave.

Note: some other soups to use with the steak are, Campbells Beefy Mushroom or Golden Mushroom. Making your own after browning the steak is probably the best but I like the convenience of soup or gravy mix. 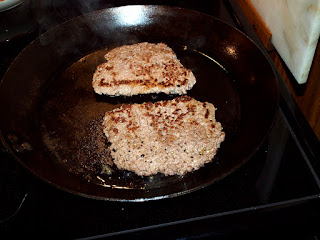 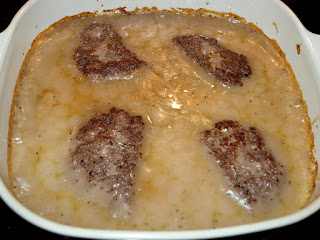 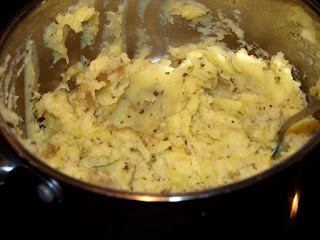 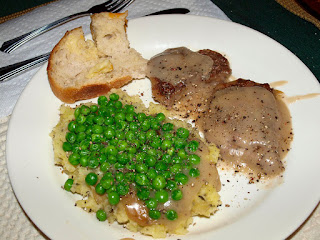