Tonight I was having one of the wife’s and my favorites, fried cabbage. I had a nice home grown cabbage to do. Some pork cutlets and canned new potatoes would go good with it. Canned new potatoes have a taste all their own and I get a hunger for them sometimes.

I usually try to co-ordinate getting the cabbage done at the same time as the meat. I had a new plan and it worked out good.

I started a little before 5:00; started the smoker and set for 200 deg. which would give me about 225 deg. grill level. I diced 3 slices of bacon and browned then removed it.

I browned the potatoes in the bacon grease and then in a wire basket and in the smoker.

I browned the 4 pork cutlets about 2 minutes each side and they went in the smoker. I seasoned with some Penzey’s old world seasoning; a great all around seasoning.

I deglazed the skillet with a little water and added my cut up cabbage, covered and steamed about 20 minutes stirring half way through. I added salt and pepper.

I set the smoker to 275 deg. then uncovered the cabbage added the bacon back, turned up the heat and cooked stirring another 5 to 10 minutes.

It all was ready and hot to serve up. It might have not been that healthy with all sautéed in the bacon grease; but danged if it didn’t taste good! 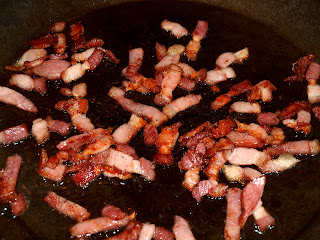 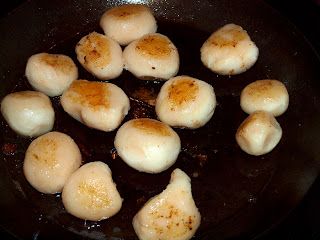 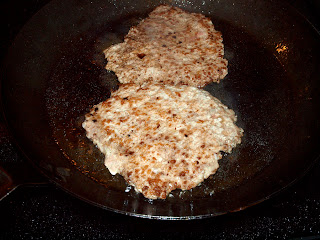 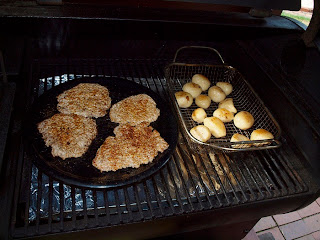 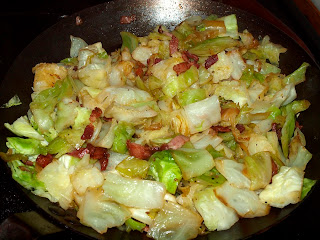 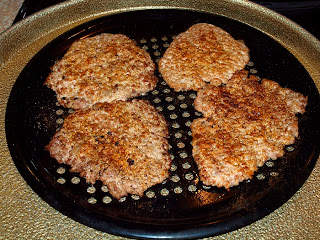 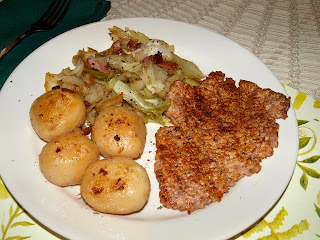