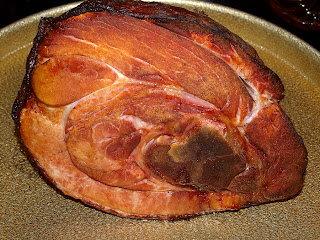 I had a ham shank from my butcher Kah Meats to smoke for some ham salad. I went to Walmart this morning and as usual looked at some cooking stuff and bought a granite steam pot. When I got home my wife said what do you need another pot for? I said this one has a steamer insert and I can do up to a dozen ears of corn at once! I love the fresh corn steamed in the husks!

I was happy when I got home from the grocery, my grill grates arrived! Now I could get them seasoned some while doing the ham. I smeared the ham with some Saucy Sows sauce; the mustard flavor would be good in the ham salad. The ham shank was smoked and fully cooked so all I wanted to do was take it to 144 deg. IT and then grind it for the ham salad tomorrow.

My wife will make the ham salad, three things she does a little better than me, are crispy fried potatoes, Coleslaw and ham salad! But that’s all!

It was HOT out there cooking today, 97 deg. and 50% humidity. I got the ham on and the grill grates to season. I am chilling out now and getting ready to do some flat bread pizzas with my melted onion and tomato sauce on my new grill grates.

The Grillen Grates are made of anodized aluminum and claim to raise your grill temp from 100 to 200 deg.F A lot of the members of Lets Talk BBQ like them and give them rave reviews. You can cook on either side. The smooth side is like using flat grill.

My Steamer Pot and Grillin Grates 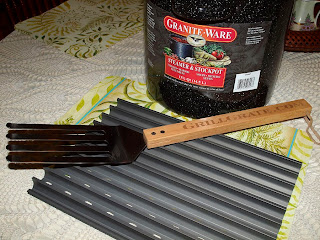 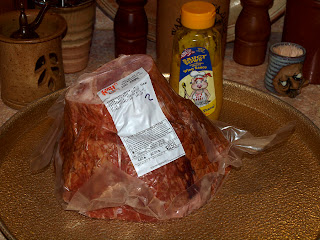 Coated with the mustard sauce 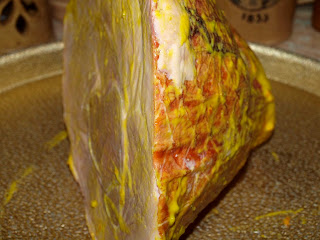 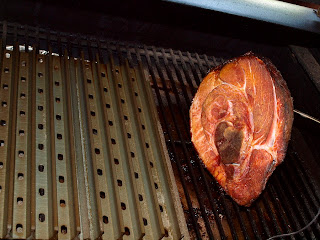 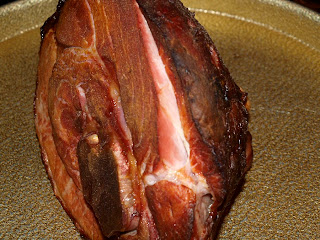 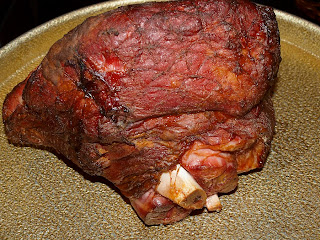