Now this is my soul food, my comfort food! A great meal for a cold, damp winter evening. Most people think of pot pie as baked with a pie crust, but my chicken pot pie is chicken & square noodles, (dumplings), & some veggies, over mashed potatoes.

I did a chicken, on my Traeger Friday before making my meat pies. I spatchcocked it rubbed some garlic butter under the breasts & all over. I did it at 350 deg & took just over an hour. I was used to doing them at 325 deg, but I think this will be my new temp. I ate the wings & skin was crispy & bite through, & the meat was juicy. I saved a leg & thigh out to take to my Mother & the rest would go in my pot pie.

I pulled all the meat from my chicken; the dog got a few bites. I sautéed some onions, celery, & carrots in a large pot w/a tablespoon of olive oil & butter. Sprinkled in a little Wondra flour & stirred then poured in a quart of chicken broth. I added the chicken, pepper, & a good tsp. of better than bullion chicken base. Brought it to a boil & let simmer a half hour. I then added the Reames flat noodles. I put some red potatoes on for mashed potatoes and added about two cups of peas to the chicken & noodles.

I have always used the Reames noodles, found in the frozen section, they are the best I have found. I use the recipe on the back of the package, but added more chicken & veggies than it calls for so added a little more broth & the chicken base. I don’t do noodles but home made ones would probably be better.

I mashed the potatoes & added 2 TBS butter & two TBS Greek yogurt, because I had some. I added a couple TBS of half & half and whipped them. I do this by hand, I don’t like light airy mashed potatoes.

This meal sure hit the spot! It would have been better with some good crusty bread but I forgot to get some so we had some Arnolds flat bread & butter. 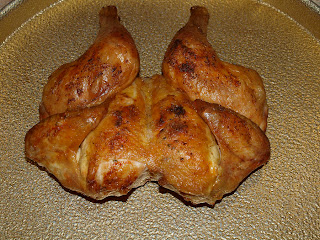 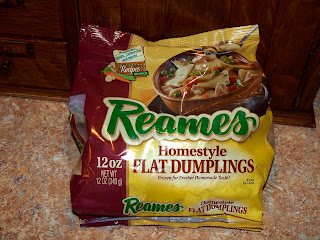 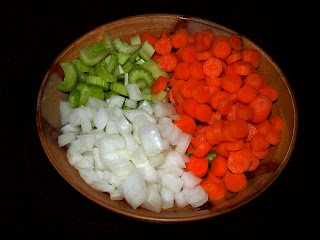 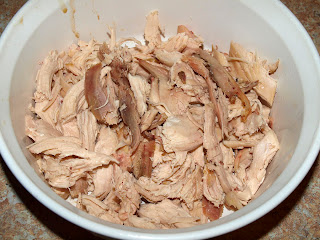 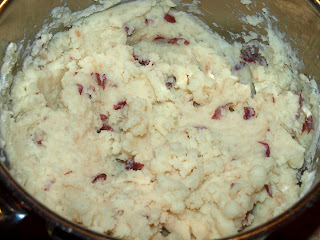 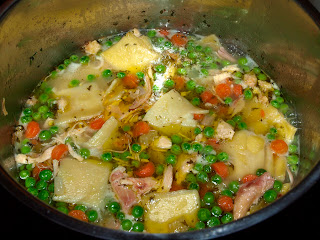 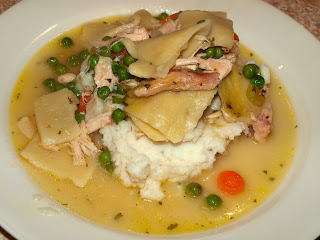 Smokin Don
Posted by Smokin Don at 2:24 AM