Last nights supper was not as low fat as what my wife fixed. I did have sweet potato fries which are low fat! I did up a chicken on the smoker after lunch to use in making some chicken & dumplings, square noodles, today.

I have wanted to try these meat pies for ages. They are traditionally deep fried & never thought about doing them on my Traeger. Then I was at the Deep South Dish blog & seen Mary’s recipe for them & she gave baking & frying methods. Baking at 400 deg for about ½ hour. I decided to give them a try.

I sautéed the onions, peppers, celery, & garlic, added the ground round & sausage. I added salt, pepper, & a few drops of hot sauce. When I got the meat all browned I simmered it for about 45 min. then let cool until ready to assemble the pies. I used store bought pie crusts, Pillsbury.

I started my Traeger & went to 375 deg. I assembled the 4 pies, got some shredded cabbage on frying. I put the pies on & got some frozen sweet potato fries in my basket to go on with the pies. After they were on for 15 min. I checked & they were browning up pretty fast so dropped back to 325 deg for another 15 min.

All tasted pretty good, I thought the pies were too much crust taste & some gravy would have been good over them. I thought they turned out pretty good for my first try. 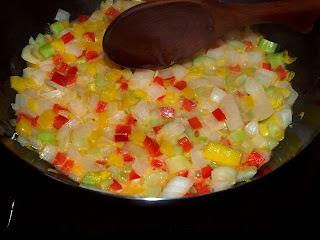 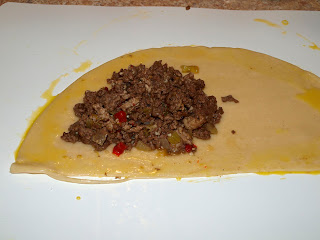 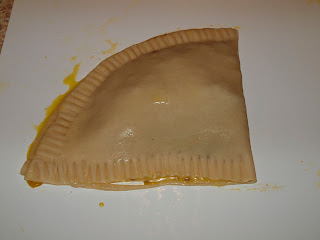 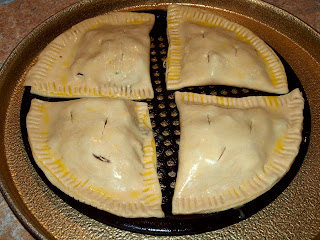 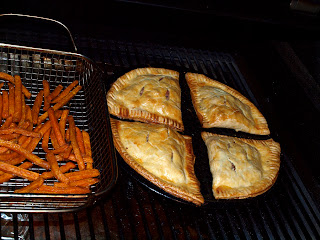 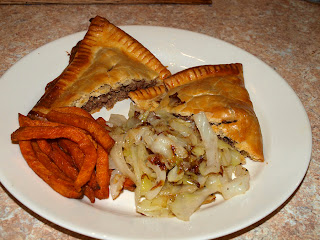