It was just me & the dog home today so I wanted to make some chili. Our son was at a golf outing so my wife went with the daughter in law and grandson to his soccer game an hour south of here. Our son met them after the game for dinner.

My chili was a half day making and that meant a nice lazy beer sipping afternoon outside listening to music as I was cooking. I did up the tomatoes on the smoker early to get the peels off; an easier way than boiling water. I had about a pound of smoked sausage to use up so that was my meat. I prefer pinto beans for chili but had some little red beans to use up.

After lunch I smoked the sausage on my Traeger for an hour 15 minutes at 225 deg. I measured out my spices, chopped the onion and diced up the bacon. I started out outdoors using my gas burner; I did the bacon, sausage, onions and dry spices then took the pot inside to deglaze and add all the other stuff.

After I got all in and simmering I let it on for 3 hours adding some water as I went and stirring as it cooked. I had a big bowl of it about 6:30 topped with some shredded Mexican 4 cheese blend and a dollop of sour cream along with some buttered saltine crackers. It was a little warm for me but tasted great.

I think ground meat would make it more chili like but I had the smoked sausage to use up. 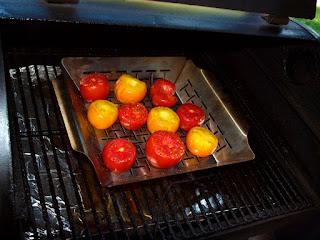 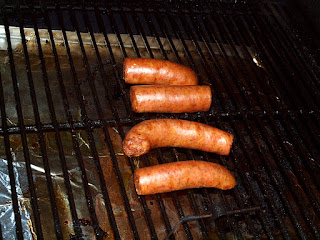 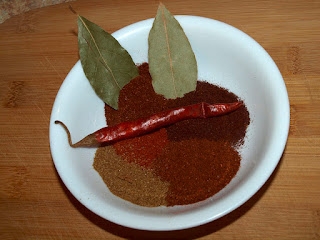 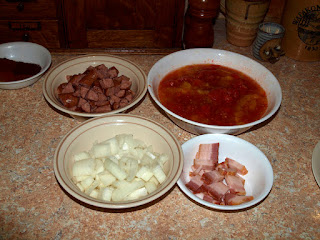 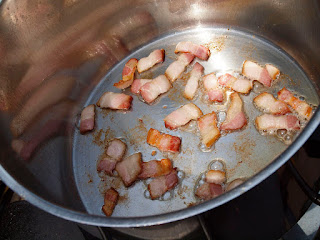 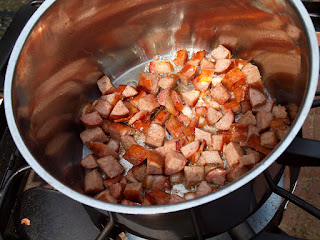 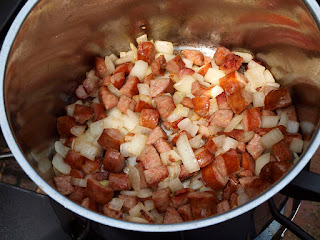 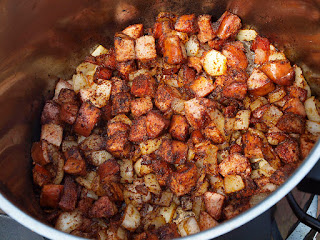 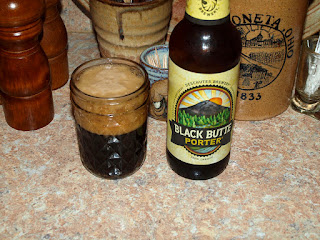 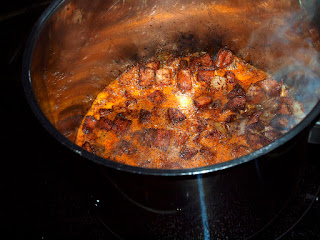 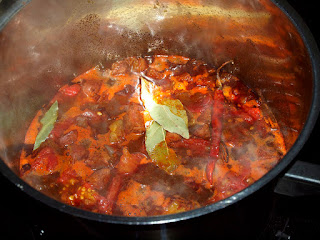 Beans were added and simmered for 3 hours 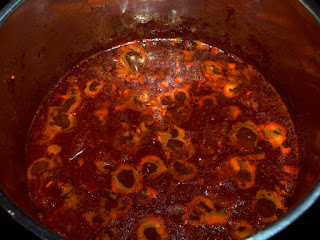 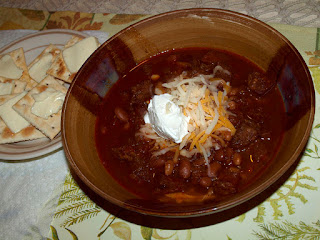