We have been eating a lot of sandwiches lately and I was hungry for some meat and potatoes with gravy! I had a piece of pork butt I had cut off a whole one thawed out. It was just over 2 pounds. I decided to just cook it as a pork roast.

For sides I would have some mashed potatoes, Pioneer brand country gravy mix and some fried corn. I made up the mashed potatoes while the roast was on with some red potatoes, butter and sour cream.
The corn was a day old that I nuked two ears and cut off the cob. I mixed in some chopped onions and red peppers and fried in a little oil and butter.

I started my Traeger and heated to 200 deg. I cut some slits in the pork roast and stuffed in some garlic then seasoned well with some Rufus Teague rub. It went on the smoker at 4:00 and after a half hour I stared easing the temp up and ended up at 325 deg. grill level temp. It took just over two hours to get the roast to 170 deg. IT

I had the gravy made and the corn on when the roast was done; I tented it with foil to rest while I finished the corn and heated the mashed potatoes up.

My wife thought the roast was a little too fatty, I liked it, and it was a good pork fat taste. She would prefer a little dryer loin roast. The only thing missing for me was a big slice of bread and butter to make it perfect! 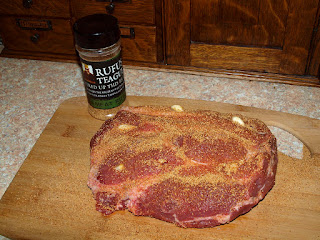 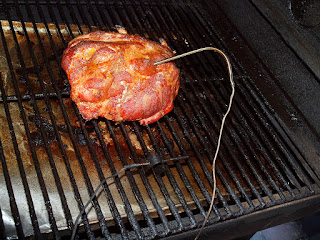 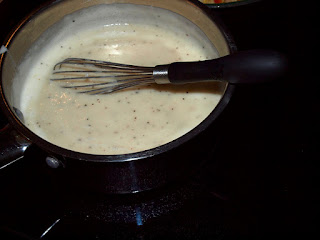 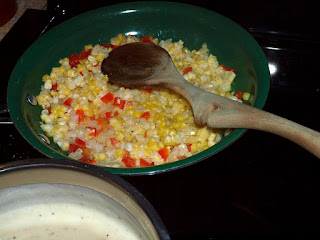 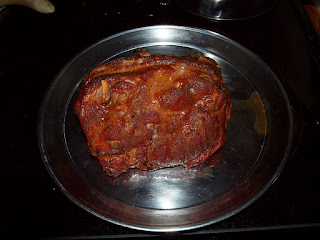 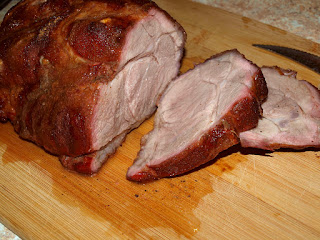 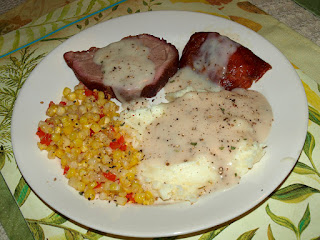