This is a good dish to use up those garden tomatoes and bread; I had both. I adapted a recipe from Giada of Food Network and had it made up at 3:00 to set until supper time at 6:00. I cooked the tomatoes and pepper strips on my Traeger and toasted the bread on my Weber Spirit.

I had two hamburger buns to use so told the wife I would do some toasted cheese sandwiches to go with the tomatoes. I sliced the tops off the buns, added two slices of baby Swiss cheese, sprayed with some olive oil and toasted them on my weber. I got them a little over-toasted!

My over-toasted cheese wasn’t too bad and the panzanella was delicious! 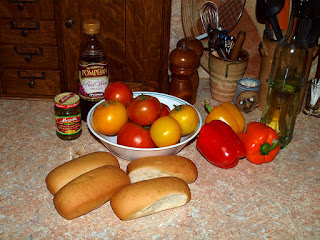 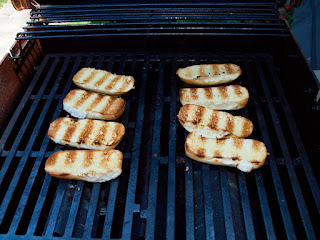 Roasting the tomatoes and peppers 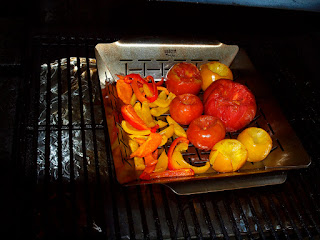 All in to mix 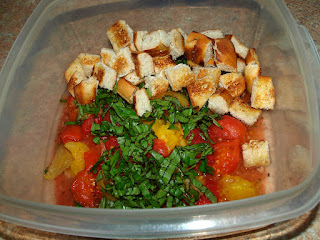 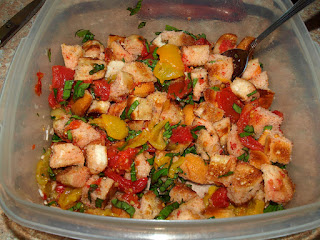 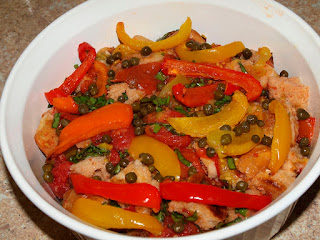 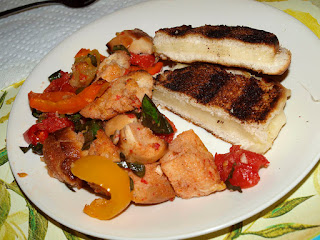