It was a great day today, mostly sunny and 75 deg. I sat out back most of the afternoon while the grandson spread sand on my brick walks and patios. They are laid from old street bricks all over 100 years old. Every few years I have to add some new sand to fill in between the bricks. He spread four 40 lb. bags of sand. He didn’t stay for supper; his Mom picked him up early to get ready for his soccer teams pool party tonight.

My supper was my take on a Philly Steak Sub done on my Weber Spirit on the flat side of grill grates.
I had bought three nice sirloin tip steaks from my butcher. I made some potato salad and had some corn left to have corn on the cob.

Two of the steaks were plenty for the sandwiches, I threw them in the freezer for a while and then trimmed and sliced about 1/8 inch thick. I seasoned them with some mushroom powder and some Weber’s Chicago steak seasoning. I guess this will be a Philly Chicago Steak Sub! I sliced some onions thin and had baby Swiss cheese to top it with.

I heated the Weber to 400 deg. put the beef on for a couple minutes then flipped and added the onions on top. I let it cook a couple of minutes and then added the cheese and the buns to toast. When I took them off I could see I had enough beef for 4 sandwiches! We could hardly get them folded to pick up and eat!

They were delicious and the steak was really tender. My potato salad was not my best but decent. The white corn picked yesterday was good as usual! 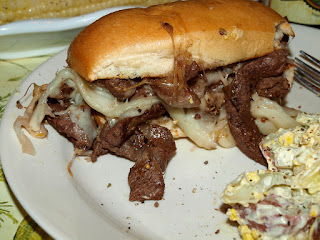 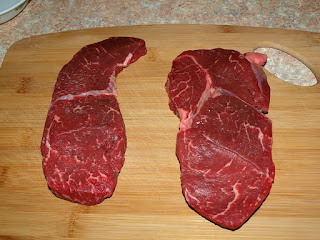 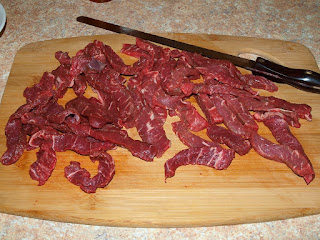 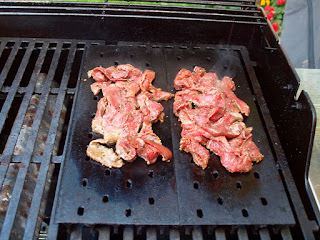 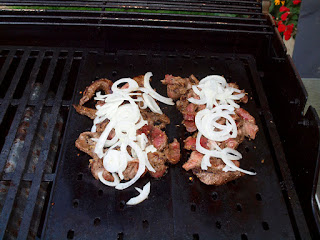 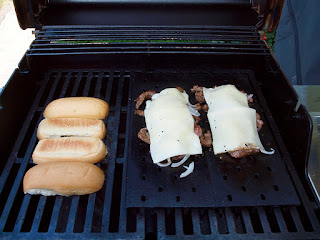 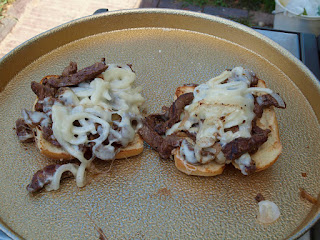 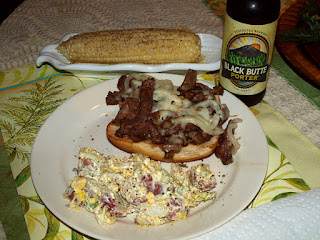