It was not a good year for my tomatoes. I had six plants in a raised bed garden but way too much rain in early summer. I was finally getting some tomatoes but they were not ripening very well and most had split tops. Looked like I was getting my last batch to pick so that told me I better have BLT’s!

I did up 10 slices of thick sliced bacon from my butcher on my Traeger. I like doing it on the smoker then I don’t have any clean up to do. I had some white bread to use; I would call it an old fashioned BLT. That’s how I remember having them when Mom fixed them. I think she did toast the bread sometimes. I sliced up a yellow and a red tomato for on top and had some iceberg lettuce.

We had asparagus for a side; added some olive oil, lemon juice and seasoning. I did them for 4 minutes in the microwave; tender crisp.

My wife had mayo on hers and I had mayo and mustard. I toasted the bread lightly. Man those were good, probably my last with fresh garden tomatoes for this year!

Last of my tomatoes 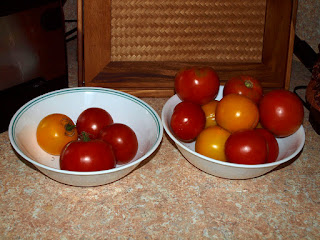 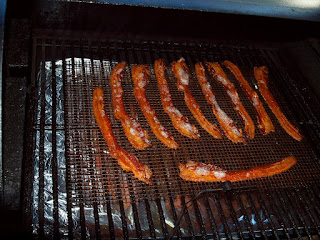 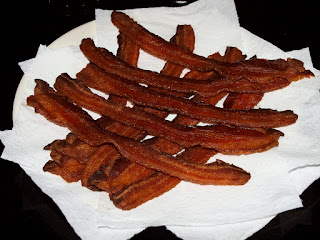 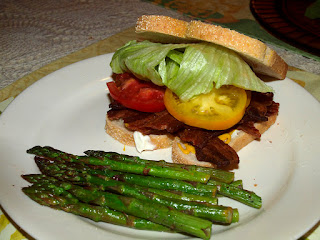