If it's too cold to cook or grill out this is an easy meal to do if you like lasagna. It's all done in one pan so not much clean up. I found the recipe on a pinch of yum and it was pretty yummy! I thought a little different than most lasagna recipes in that it had carrots and bacon in it. With bacon it had to be good.

It's pretty easy too, with prep it only took me about 1 ½ hours to fix. I made some garlic bread and a
side of sauteed Brussles sprouts. For the garlic bread I used about 3 Tbs. of Ghee, 4 garlic cloves smashed then chopped fine and about a teaspoon of dried parsley flakes that I nuked in the microwave.
I sliced a baguette part way through and smeared the Ghee mix over and in between the bread. I wrapped it in foil and in the 350 deg. oven at the last for 10 minutes and unwrapped it then back in for 5 minutes.

My sauce for the lasagna was some Ilventos mushroom Bascaiolo my wife had bought me for Christmas, It's from a restaurant in Jersey City N.J. The lasagna went together pretty well but I got ahead and had the first layer of lasagne noodles in before I added the cream cheese so I just stirred it all together. You can see from the photo some of the top layer of lasagna noodles didn't get done. You need  to make sure the noodles are under liquid. The only other thing I changed was I removed the bacon from the skillet when it was browned and added back later.

For a veggie side I sauteed some shredded Brussles sprouts in Ghee and added salt and pepper.

This was a great meal, the wife and daughter both liked it. I will do this one again! 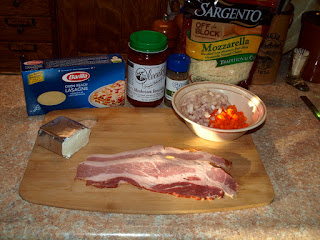 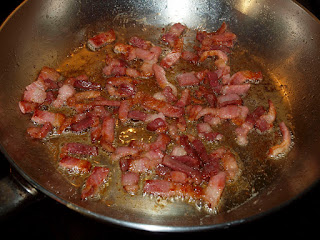 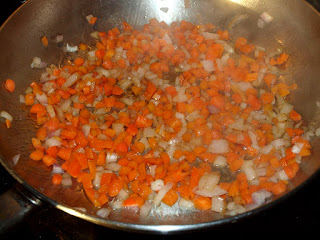 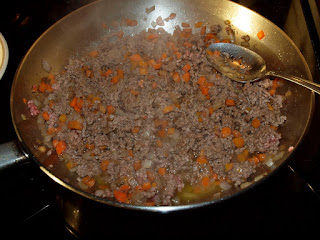 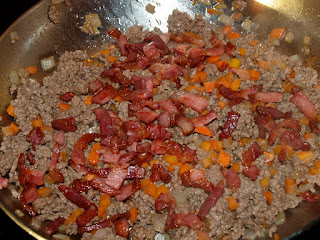 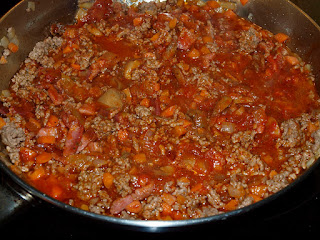 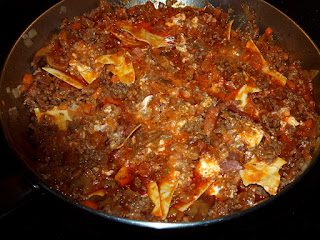 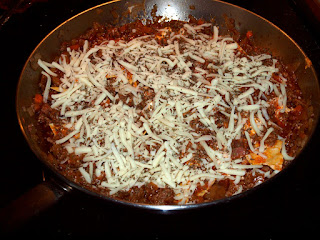 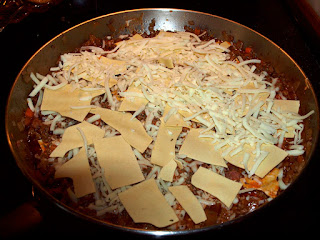 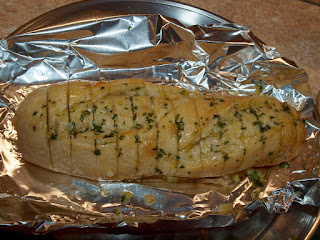 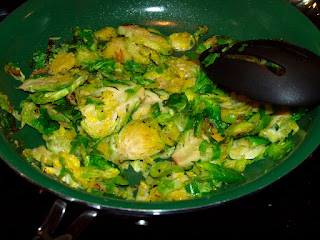 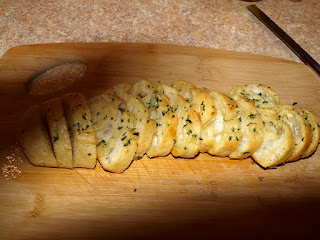 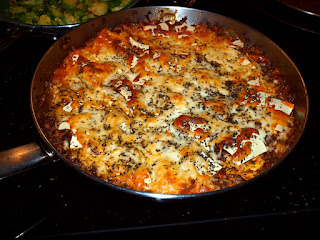 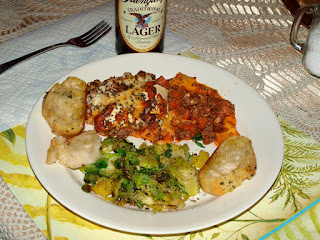