Last night we had fajitas for supper. They are pretty easy to make and I had some crème fraiche I made for on them. I fried the beef and veggies with some clarified butter; I thought I was making ghee but I didn’t cook it long enough. I want to use it up so I can make some proper ghee.

The beef was two pieces of sirloin I had thawed out, a good pound. I would rather use fresh peppers and onions but I find myself using more short cuts in my cooking as I get older. For these I had a package of Birds Eye frozen peppers and onions for fajitas. For the rice I used a package of Knorr Creole garlic and butter rice that I did in my rice cooker.

The rice takes about 45 minutes in my cooker so I got that on. Then I heated my oven to 200 deg.; for holding things and keeping hot. I folded 6 flour tortillas in foil and place in the oven. I browned both pieces of sirloin in a hot skillet with some of my butter. I had a thick piece I did about 3 minutes per side and a thin piece I did 2 minutes per side; they went on a plate; covered with foil and in the oven. I added a little more butter and the peppers and onions were sautéed awhile then removed them to a bowl; squeezed some lime juice over; covered with foil and in the oven.

I sliced the meat up about equal thickness; it went into the hot skillet; added some McCormick’s fajita seasoning and lime juice squeezed over. It was jus in 2 or 3 minutes and I was ready to serve. I had my crème fraiche, salsa, and 4 blend Mexican shredded cheese for toppings.

We all made our own fajitas up and all thought they were pretty good. We all had two and the rice that was good with them. The wife and daughter agreed that the crème fraiche was better than sour cream.


I did take my homemade crème fraiche out of the fridge for an hour before to warm up. It sets up pretty stiff. 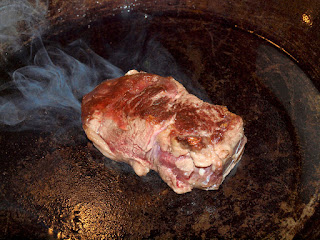 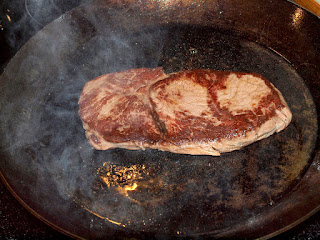 Sauteing the peppers and onions 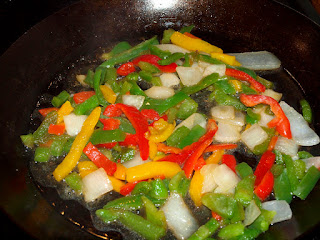 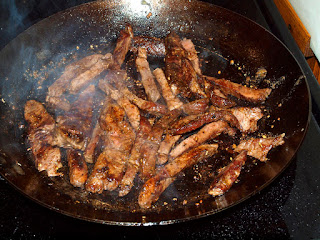 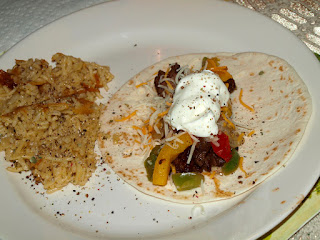