I had a spaghetti squash to have and got 3 bone in country style ribs at my butcher. My first thoughts were BBQ but even though it was nice enough to use the smoker I was too lazy. I would do them in the Crockpot and smother them in country gravy for something different. I went to the grocer today and found a bag of shredded Brussles sprouts so they would be good sauteed with some bacon.

I like to cut the spaghetti squash when raw, much easier getting the seeds out. I use a grapefruit spoon to scoop them out. Every time I cut through their hard skin I am amazed I didn't cut a finger off. I tried something different this time I nuked it in the microwave for 5 minutes on high. That worked well, it was much easier to cut in half and the seeds still come out well.

I always do the squash in the oven, at 350 deg.; season with Penzey's sandwich sprinkle, place cut side down on a foil lined sheet pan with a pat of butter under each one, and bake for an hour. When done I scoop out the meat in a large bowl with 4 to 6 pats of butter and serve. Everyone can add more seasoning if they want. Parmesan cheese is good on it too.

I browned the ribs in a hot skillet with some clarified butter for 4 minutes each side then in the Crockpot. I deglazed the pan with about 6 oz. Of water and added that to the ribs. Crockpot was set on high and after about 45 minutes I made the country gravy. I use Pioneer brand mix; it tastes as good as I can make myself and a lot easier. After 3 hours on high I went to low for the last hour.

The last 10 minutes I heated some clarified butter in a hot skillet sauteed a few minutes and added some salt, pepper and bacon crumbles and stirred cooking another few minutes.

I had some King's Hawaiian  dinner rolls; I like the sweet taste of it. The wife and daughter like this meal as well as me. The ribs were fall apart tender; I shredded mine up and added more gravy. 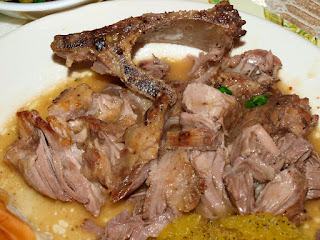 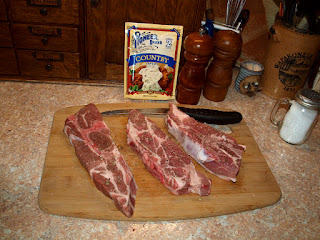 Browned and added to the CP 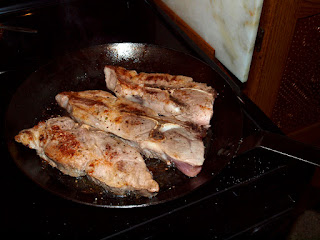 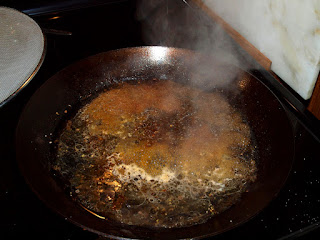 Ribs and skillet liquid in the CP 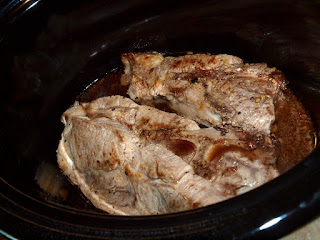 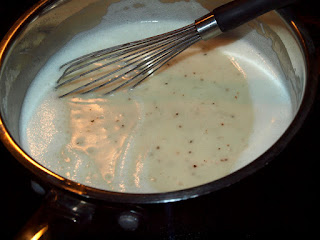 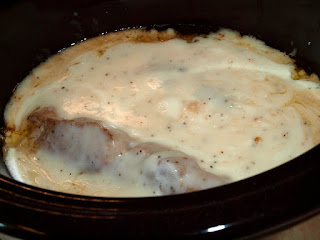 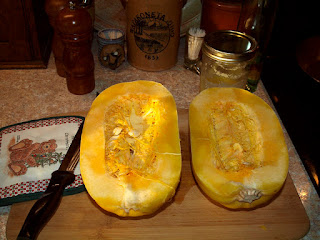 On a sheet pan to bake 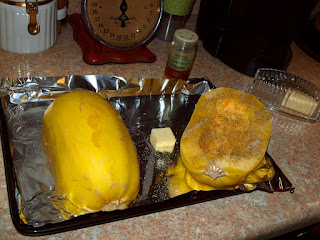 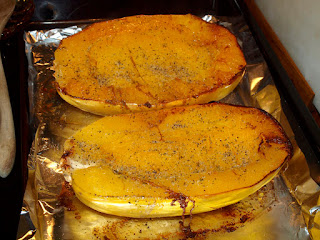 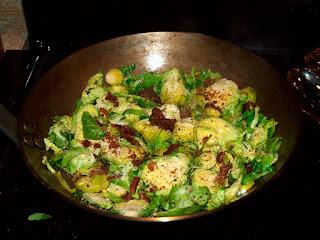 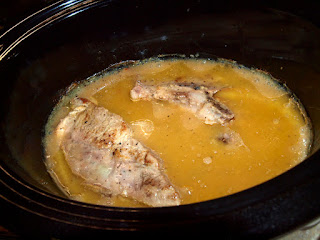 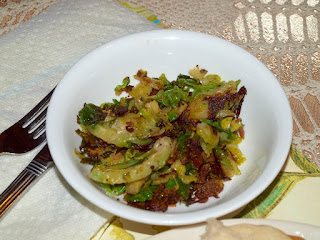 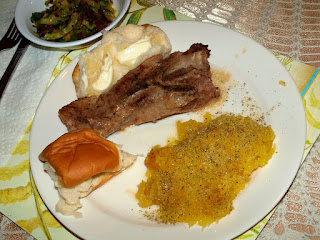