I have made ham and beans long enough I don’t need a recipe. With the cold and snow that came in yesterday it tasted good for supper. It was 50 Saturday and spent most of the afternoon outside and did some bacon on my Traeger. This am woke up to 7 deg. and it’s just now 11 deg. at noon.

I had vacuum sealed and froze my Christmas hambone and I had some jowl bacon to add. I usually use great northern beans but I had some Camellia pinto beans on hand so thought they would taste good.

I started cooking my beans about 1:30. When I got them on I baked some cornbread in my Wapak cast iron skillet. They were out of my favorite mix, Miracle Maize sweet. They had some new Marie Calender mix so I thought I would try it. I used to make my own but the Miracle Maize is as good as I can mix up and a lot more convenient!

The daughter and I had the ham and beans and cornbread about 6:00. My wife won’t eat bean soup so she ate some other leftovers and settled down to watch the Golden Globes. I had some chopped onions and more hot sauce on mine; and butter on the cornbread. We both had seconds.  I didn’t care for the cornbread; Marie makes good pies and should stick to that! 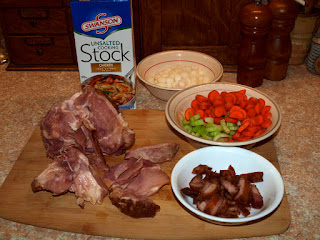 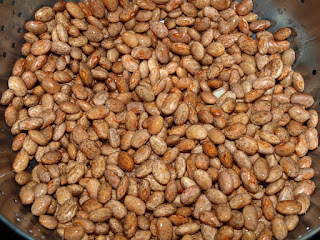 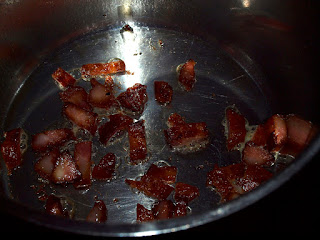 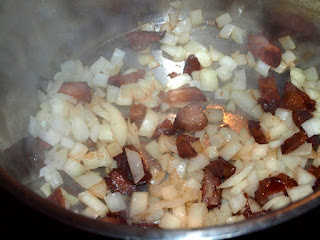 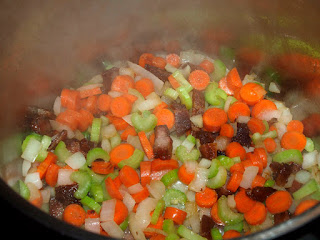 Deglazed with stock and hambone added 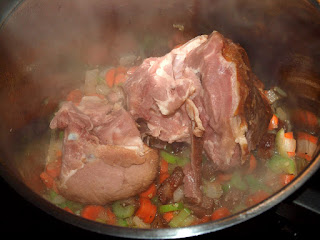 Stock and water added to cover 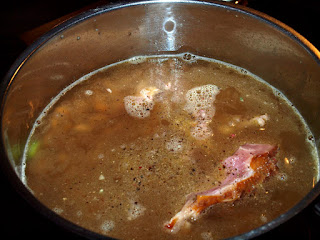 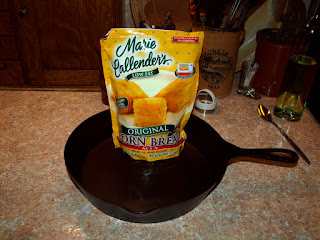 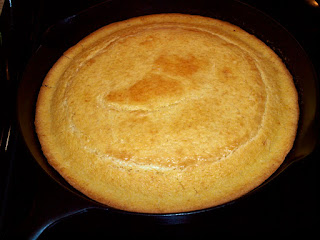 Ham from bone to add in 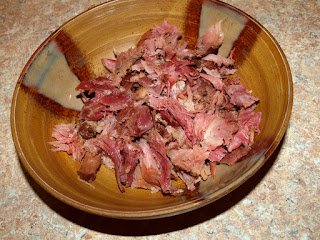 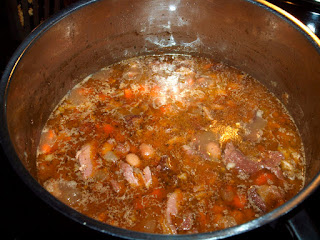 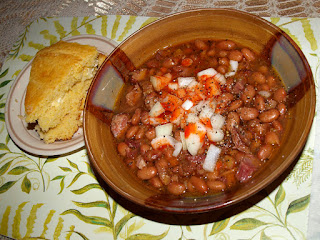