Last evening somehow I lost my internet connection. I have two PC’s and could not get on with either one. I tried all I know with no luck. Between my service providers tech support and myself I was finally able to get the connection working again.

I followed a recipe by Pat on Food52, Creamy corn and clam chowder with crispy polenta croutons. I changed enough I can post but wanted to give her credit and if you want her recipe it is on food52.com.

She used fresh corn off the cob and boiled the cobs for her liquid. It probably adds to the corn flavor. She made polenta cakes and I made grit cakes. I think there is a lot of confusion of the difference between the two. Some say polenta is coarser than grits but the polenta I buy in the grocery here is finer than the mush, grit cake I buy. I read that in Italy the polenta can be either fine or coarse ground cornmeal. The only good answers I have found is Southern grits are made from variety of corn called dent corn and in Italy it is made from flint corn. But it said nothing about a different taste; only that the flint corn holds its texture better.

I think they are whatever you want to call it; I made grit cakes. I made mine from coarse ground yellow cornmeal. After they set up in the fridge I cut rounds out with a cutter then back in the fridge until I was ready to bake them. I would have liked to fry them in some butter or bacon grease but baked was healthier and easier baked. I sprayed them with a little olive oil before baking and they came out crispy.

I made some toasted gruyere sliders to have with the chowder. Normally I spread a light coat of butter on the outside of the bread or spray a little olive oil in a skillet to toast. I saw where someone used mayonnaise so I tried that. I used a small baguette for the sliders. I toasted them in my Lodge steel skillet. They were great; the mayo gives a little tang that goes well with the cheese.

My wife and I both loved the chowder and sliders. For me it’s a keeper recipe and I think it would be good with clams instead of crab meat too.

After supper I sat and watched some Pawn Stars and me and the dog had our usual nutter butters! I then decided to try to work on my PC again. I tried to do the auto fix and didn’t help. I had tried the Windows restore feature twice last night but it said it could not complete the restore. This time it worked and I had my network and internet connection back! Now I have both PC’s back working. 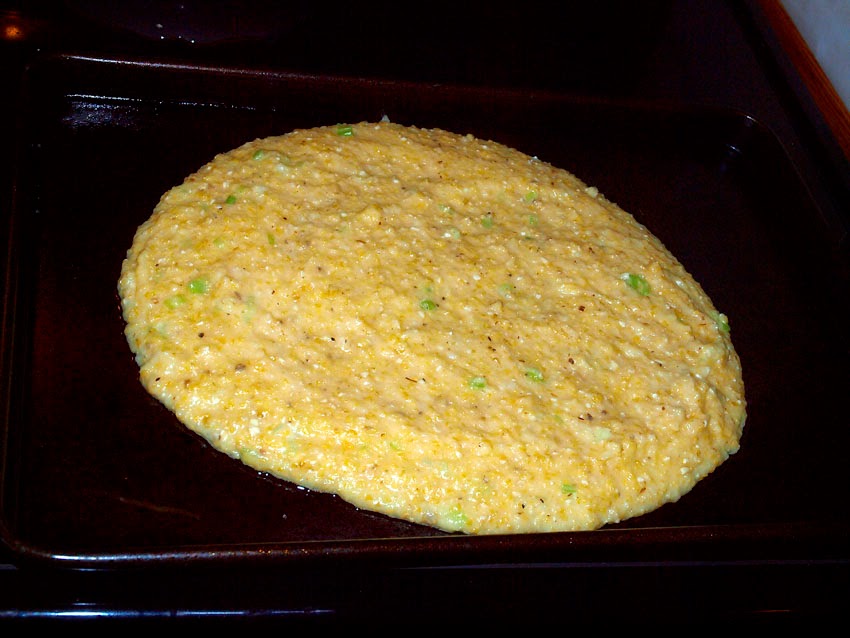 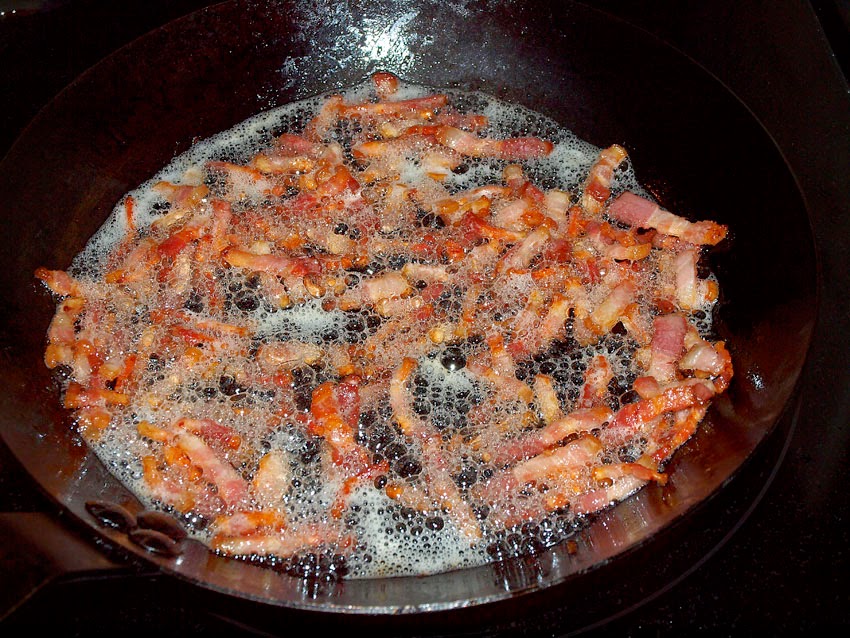 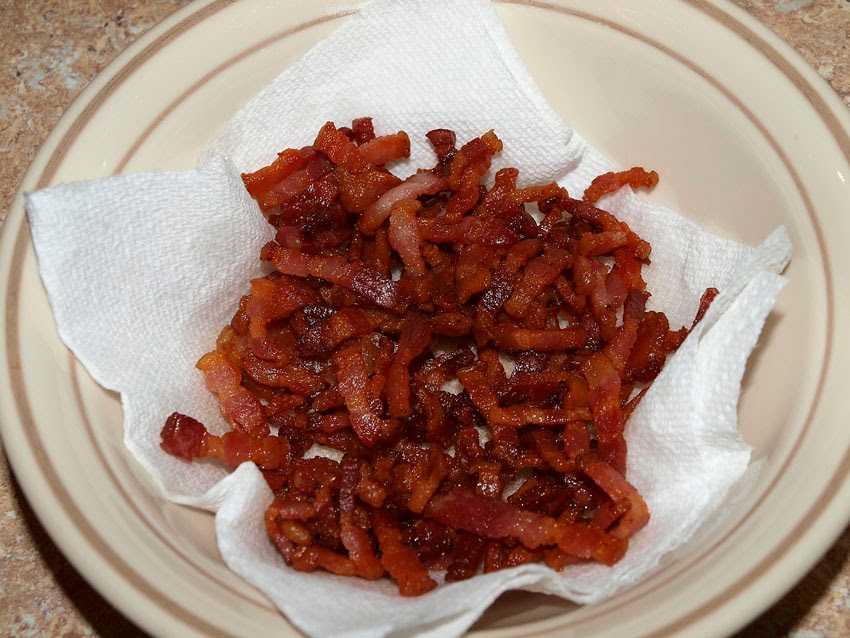 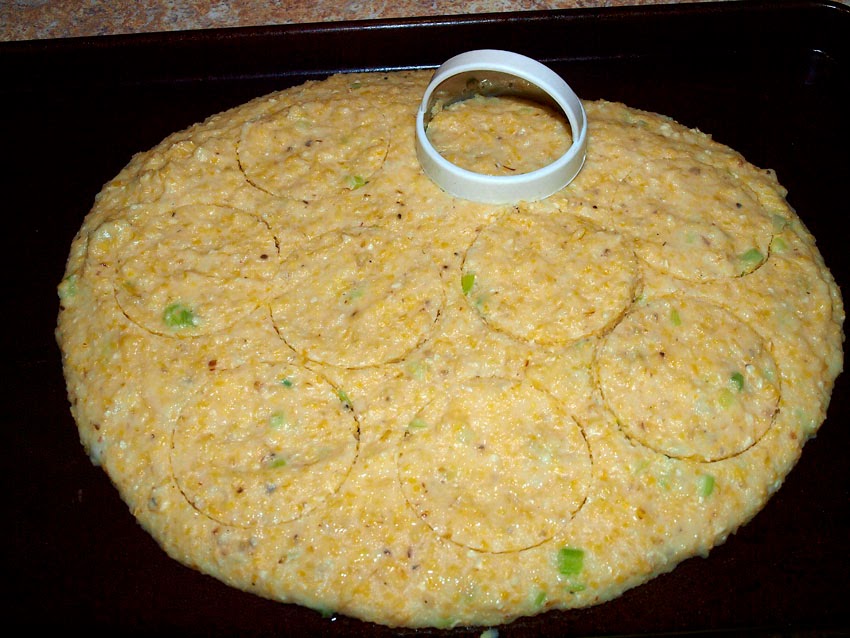 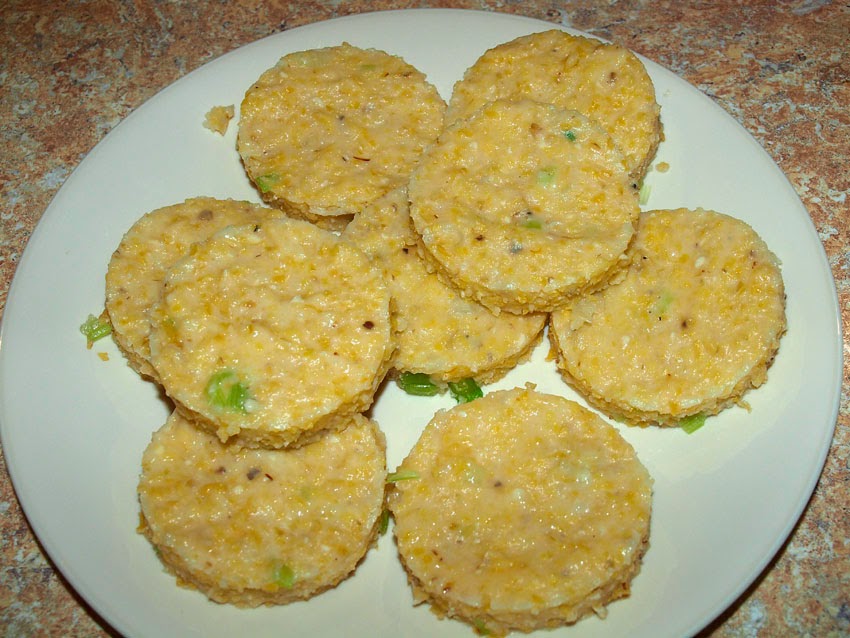 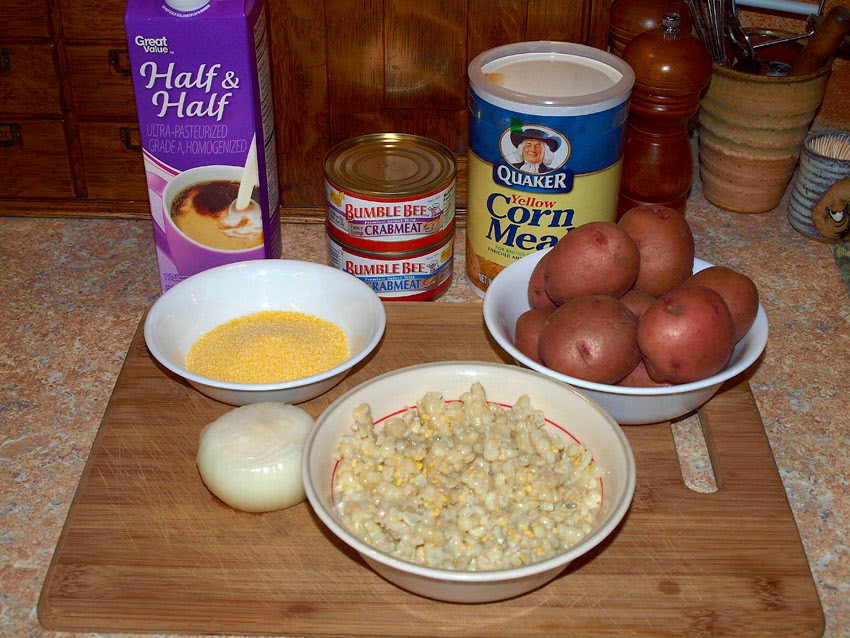 Onions and corn in the pot 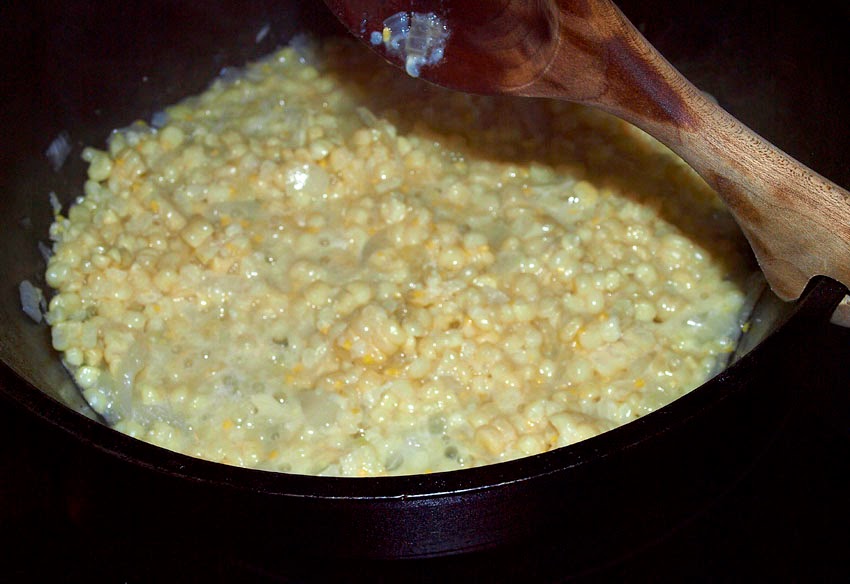 All in to thicken 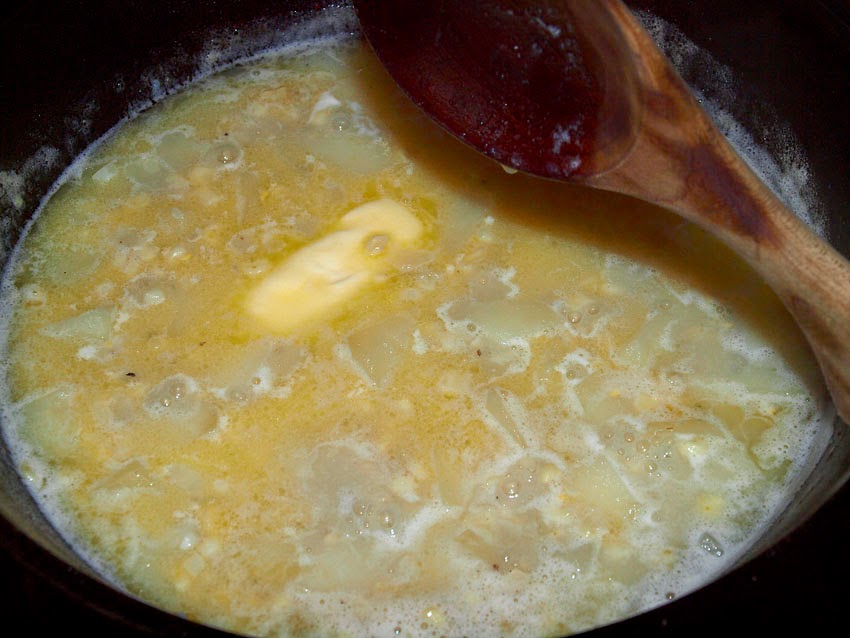 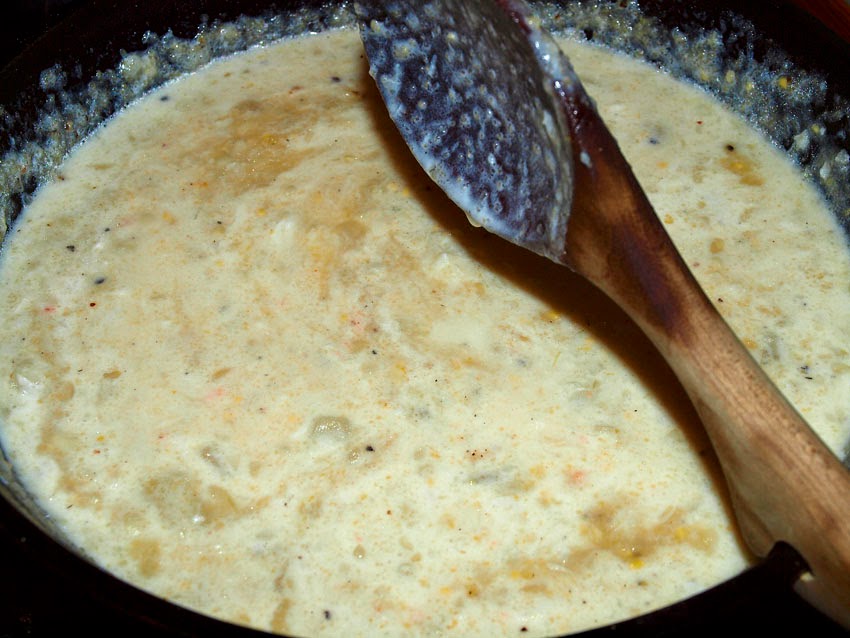 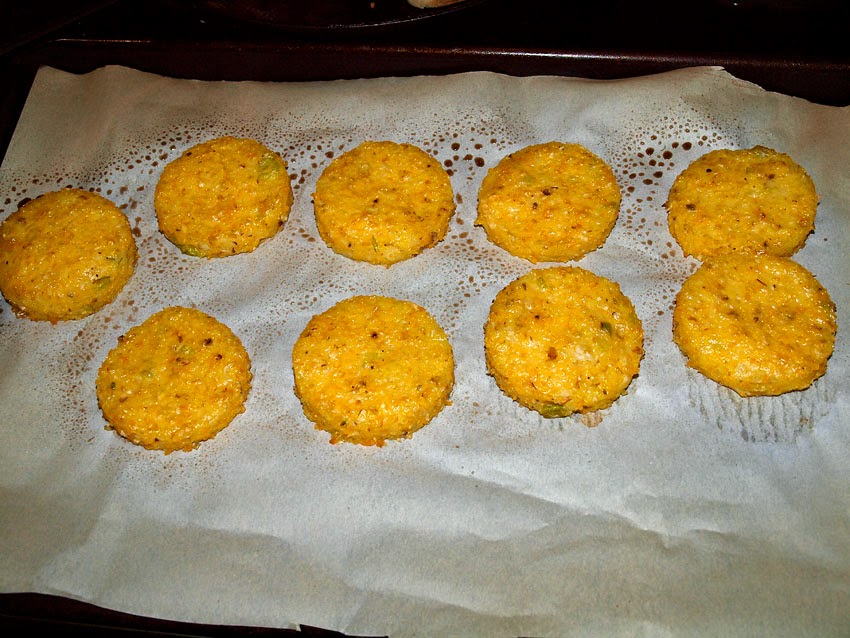 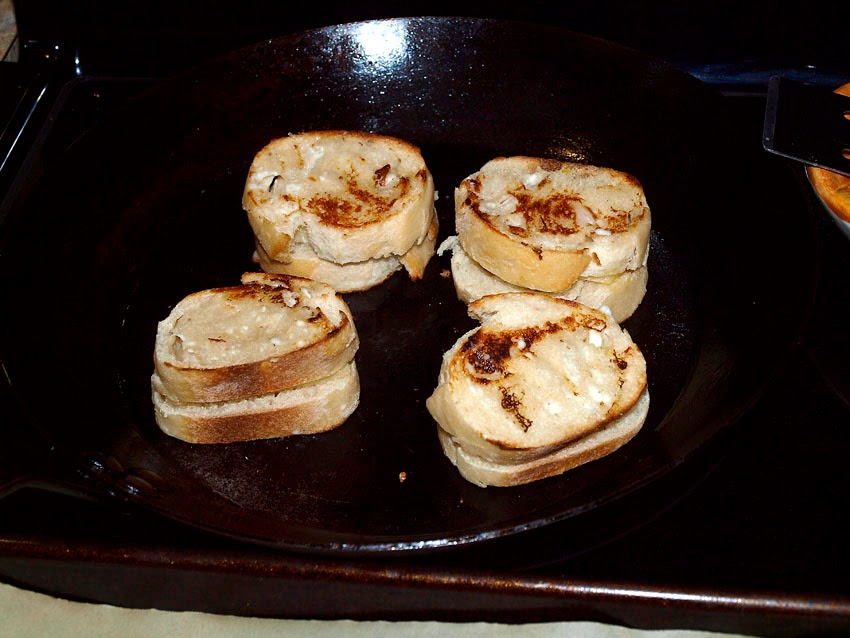 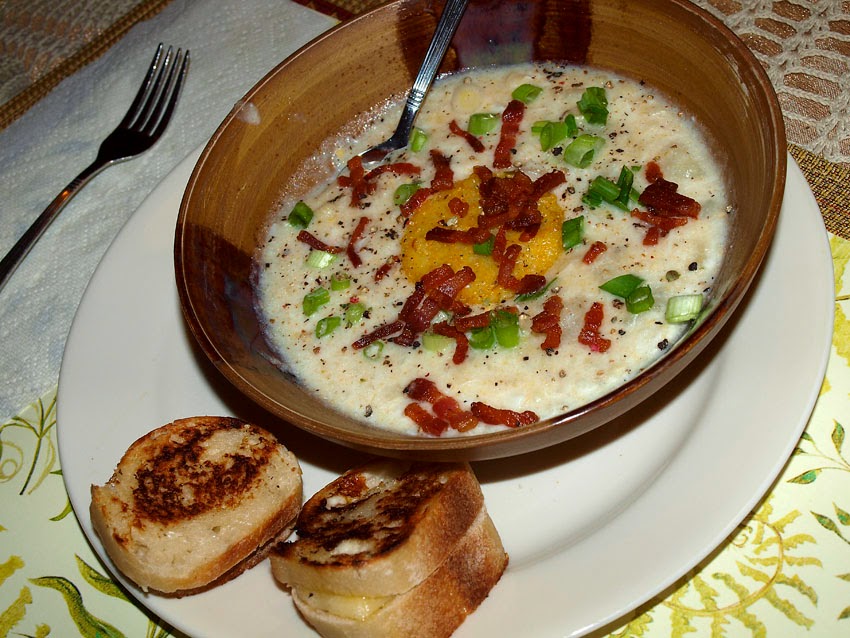