It has been such good weather I have wanted to get out and cook on my smoker. I have been taking meds for a bad hip & leg so I have been cooking indoors. I decided today I would do a cook I have had the idea to do.

We love cabbage rolls but they are a pain to make. I have a recipe for unstuffed cabbage rolls I usually make when I get a taste for some. Most of our immigrant ancestors from Europe brought cabbage roll recipes with them. Most are filled with ground meat, rice and seasoning; wrapped in cabbage leaves then baked with a tomato sauce over them.

My idea was to make some and serve them in a bun for a sandwich, much like a brat. For my first try I decided to use brats instead of making the filling. My butcher makes some great fresh sauerkraut brats I thought would be good to use.

I always hated to get the cabbage blanched so I could get the leaves off in one piece to use as wraps. I found a great new way; clean the cabbage leaving whole. Use a two pronged fork and pierce the heart.
Bring a large pot of water to a boil. Have a colander next to the stove on a tray. Dip the cabbage in the boiling water with the fork and after 2 to 3 minutes remove to the colander and cut 2 to 3 leaves off. Put the cabbage back in the boiling water for another 2 to 3 minutes then repeat. Do until you have as many leaves as you want or you’re done with the whole head.

This works slick; by cutting the rib near the core a leaf slides off easily in one piece. I cut off 5 leaves for my 4 brats; an extra in case I tore one. I would use the rest of the cabbage over some onions and lay the brat cabbage rolls on top to bake. My sauce was the usual one I make for cabbage rolls.

Mix all the above and let set a while before pouring over the cabbage rolls. This is pretty mild with the sugar and vinegar giving a slight sweet sour taste. If you want more add more or you can use your own recipe.

I smoked the brats at 18o to 195deg. grill level for an hour 50 minutes. I sprayed a casserole bowl with a little olive oil; added 4 slices sweet onion sliced in half in the bottom. I had put what was left of the cabbage back in the pot and simmered a half hour. I cut up about ¾ of that in ¾ inch chop and added that over the onions, and poured about half the sauce over it. I rolled the brats in the cabbage leaves, used 2 toothpicks to secure each and laid them on top of the cabbage. I poured the rest of the sauce on; covered and in a preheated 255 deg. oven to slow cook until supper at 6:00. It would be in for 3 hours. I checked at 1 ½ hours and didn’t look bubbly enough so I went to 275 deg. for the second 1 ½ hours.

Serve these with your favorite brat buns; mine are just slightly larger than a hot dog bun and not too crusty. For a little added touch I sliced the tops off to square up; sprayed on some olive oil and toasted in a hot skillet.

My wife and I both thought this made a great sandwich; we had the cabbage and onions on the side. I thought about having it over rice to get it in there but was delicious the way it was. My cabbage was just a bit crunchy but we like it that way; if you like it softer you may want to bake at 300deg.

I would like to make some hand formed sausages with ground meat, seasoning and rice and smoke to try too. You can play with this a lot of different ways. The concept of a cabbage roll in a bun is delicious to eat for a little different. 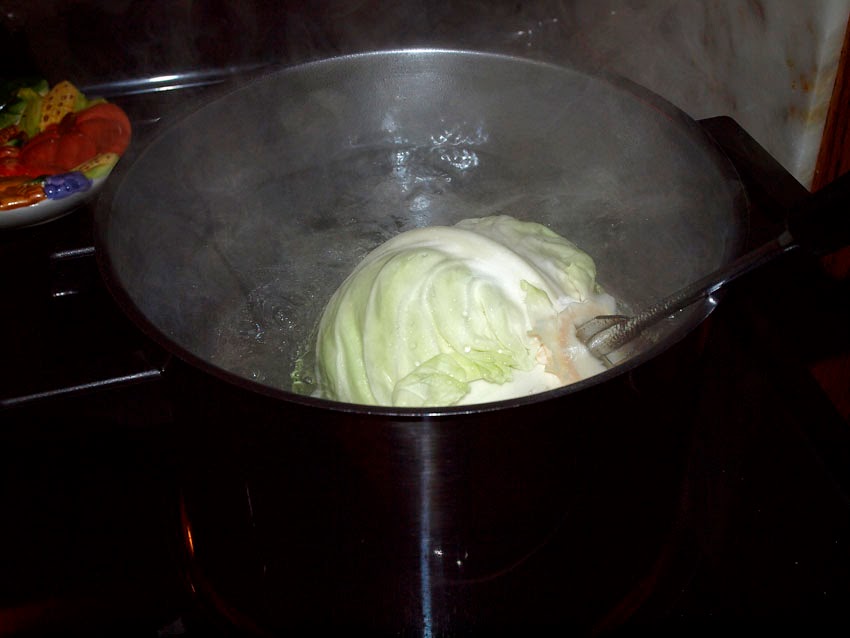 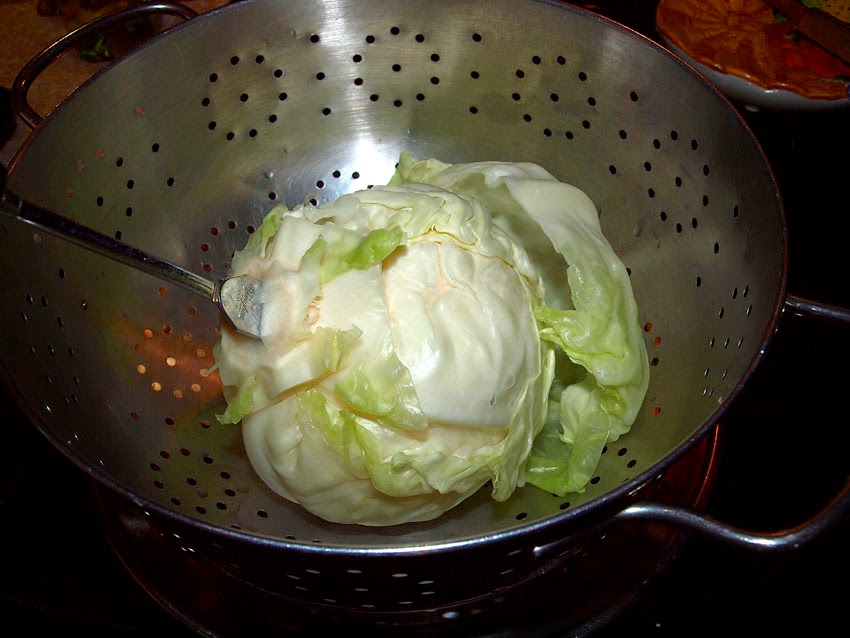 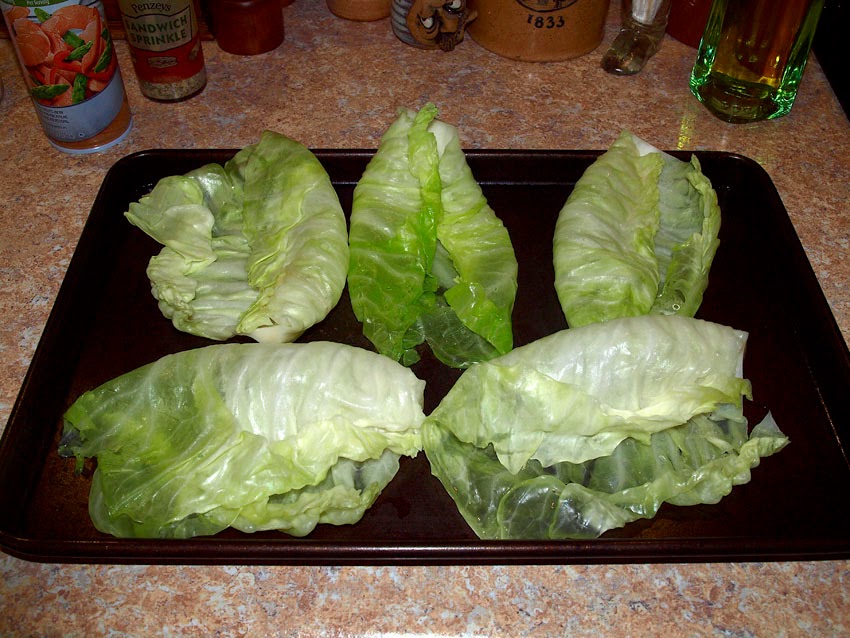 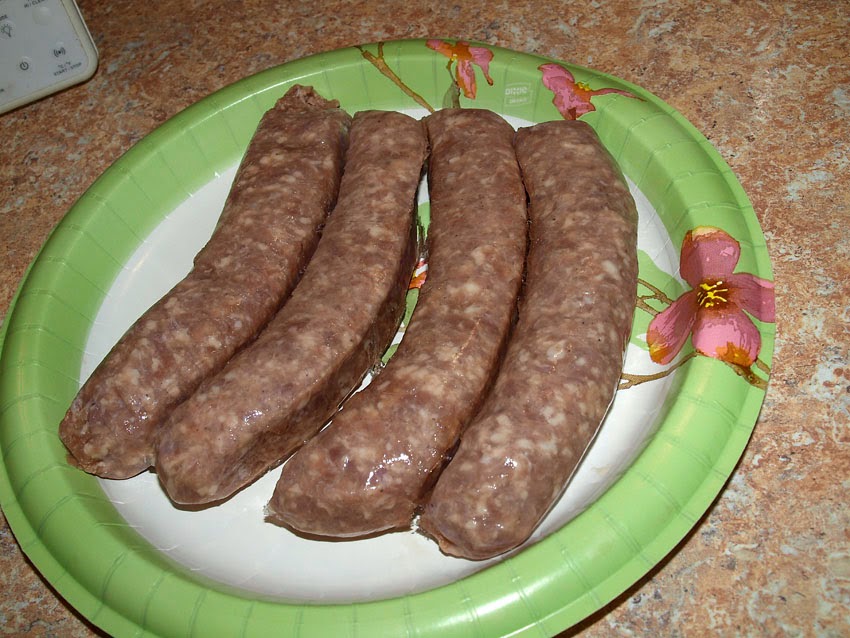 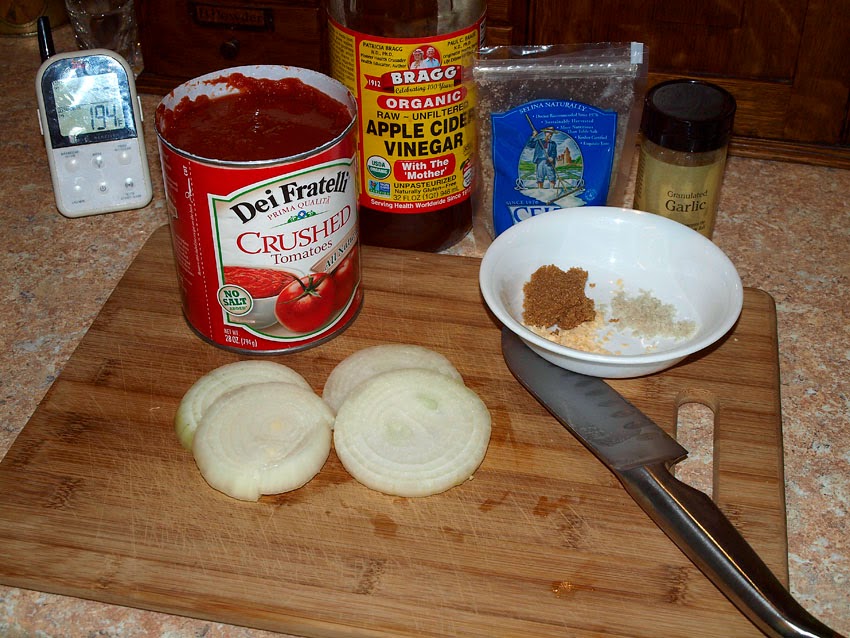 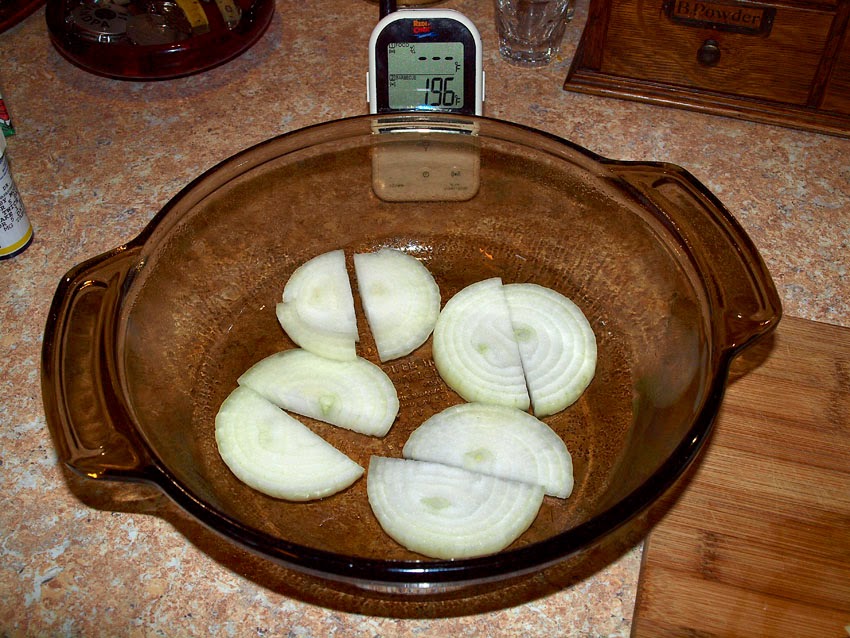 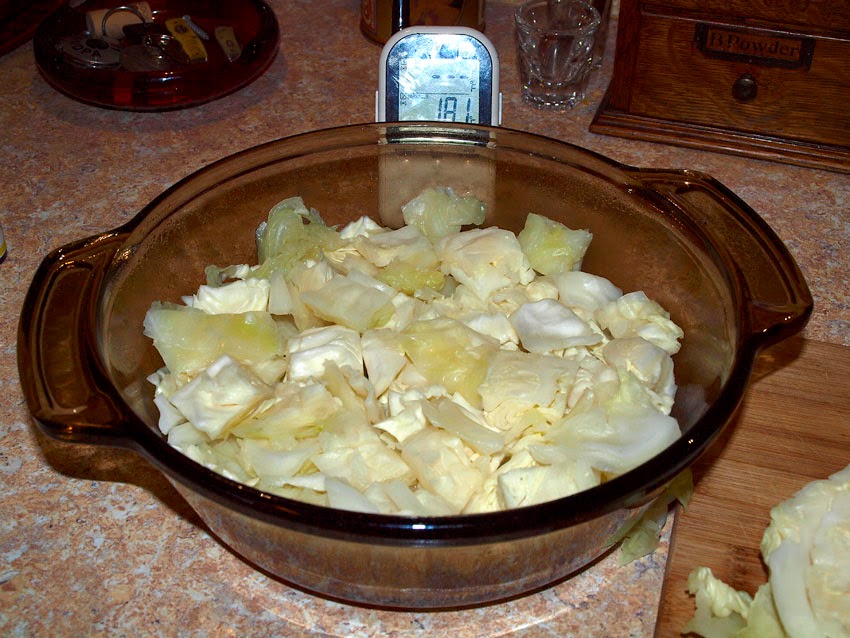 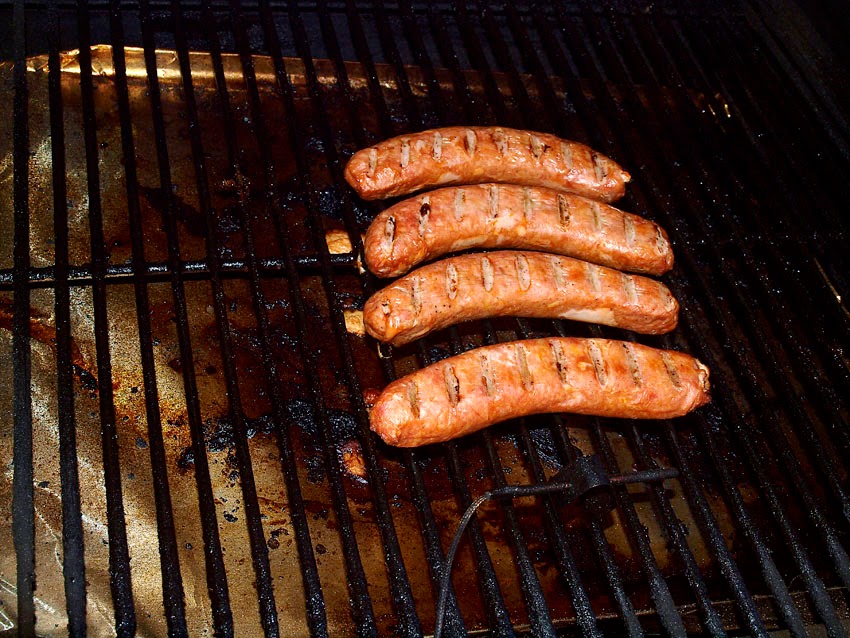 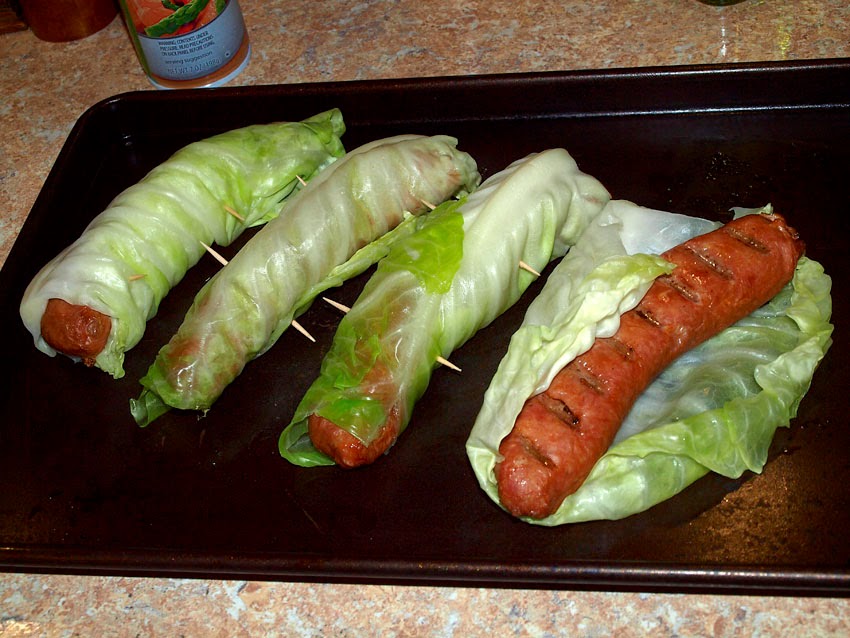 All in ready to bake 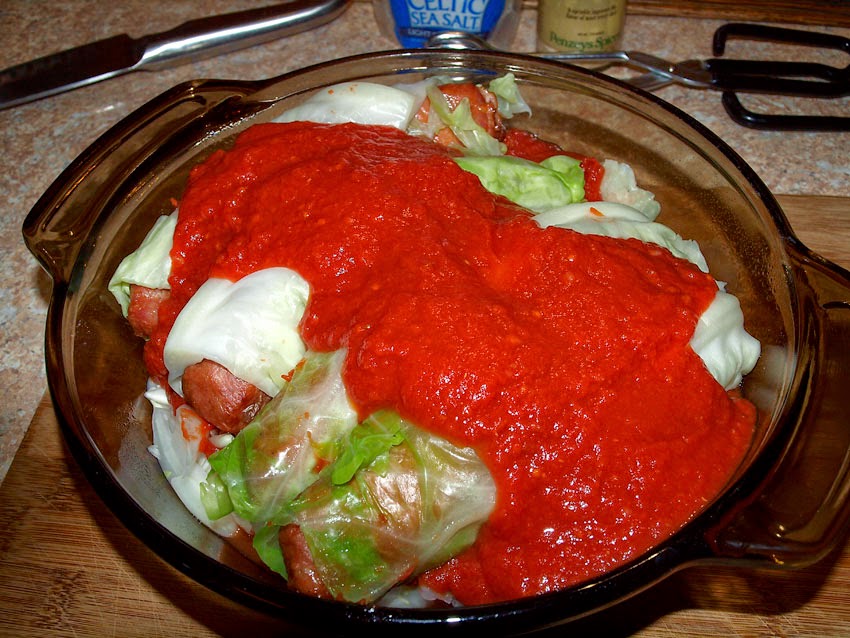 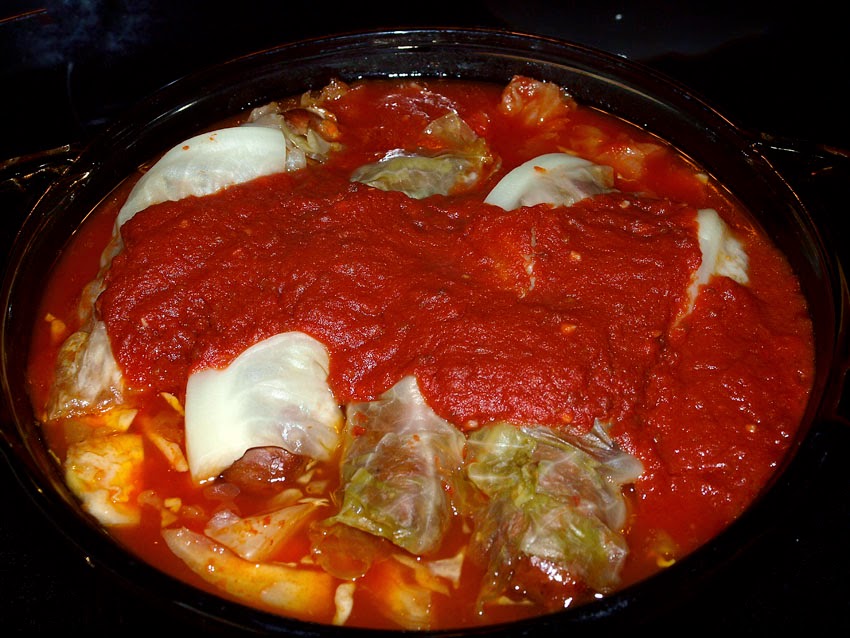 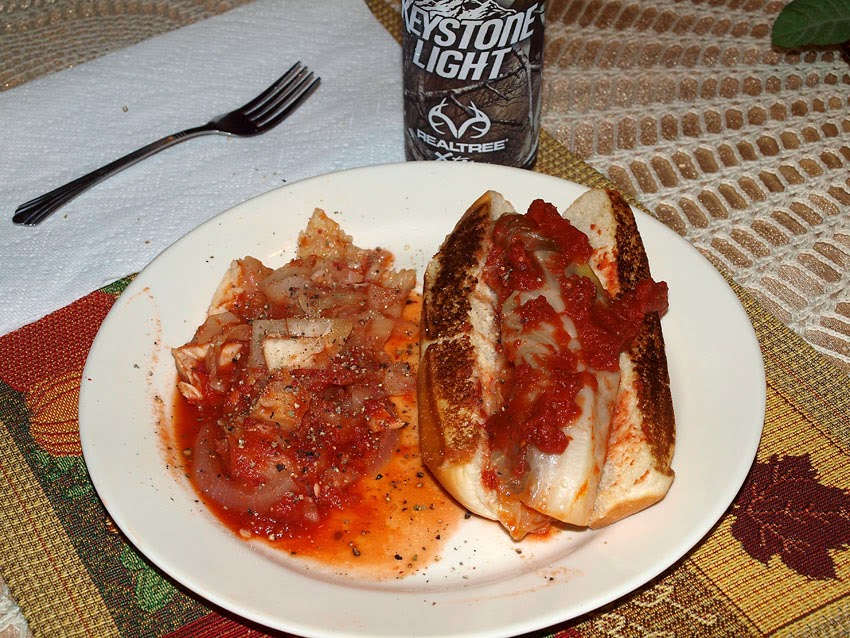