I think it was after seeing friend and fellow LTBBQ forum member Ahron, africanmeat, make some bread using linseed, (flax seed meal) it looked good so I wanted to try some. I bought some flax seed meal and found a recipe for flax seed flat bread. I baked a loaf and liked it. My wife didn’t like it.

While looking for a recipe for coconut flour pita bread I ran across a recipe for some Flax seed meal focaccia bread. I had the meal so I baked a loaf today. When I made the flat bread it was pretty dense and didn’t raise much since flax seeds are gluten free. The recipe called for 2 cups of flax seed meal so I wanted to add some flour to it. I had some rice flour so I used 1 ¾ cup of the meal and ¼ cup of the rice flour. I later found that rice is gluten free too but I think it helped give it a fluffier texture.

After mixing and pouring the dough on a sheet pan to bake I added oregano and thyme on top then baked it for 20 minutes. I thought it looked like a nice loaf and had some with my supper; with a little butter! I don’t think it has a focaccia crust and texture but looks like a focaccia loaf. I may try another loaf using half meal and half rice flour. I think I will try oregano and rosemary for the herb topping; somewhere between reading the recipe and getting the herbs out I got it mixed up. Oh well oregano and thyme go well together!

This bread is healthy alternative bread and good for anyone who is gluten intolerant. To me flax seeds have a taste that you either like or dislike. I just happen to like it. 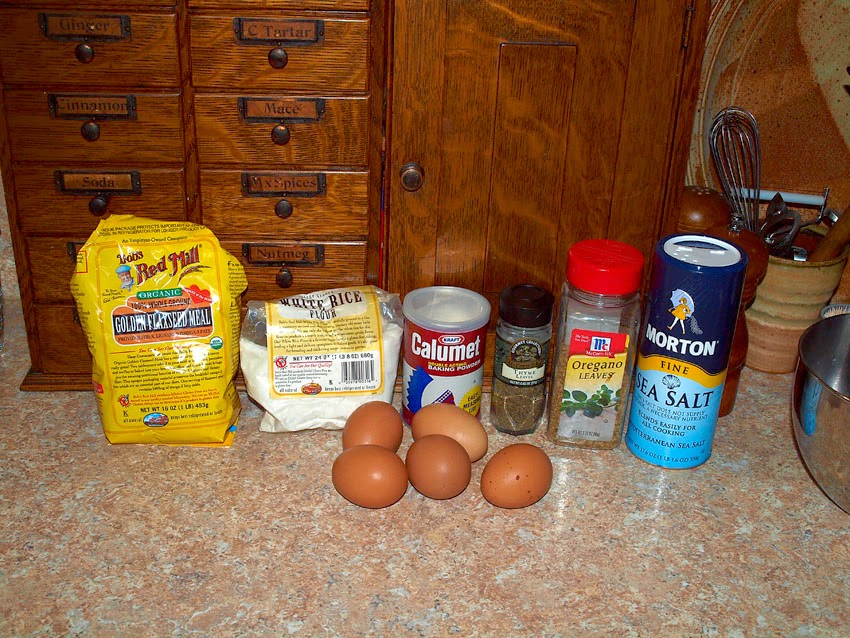 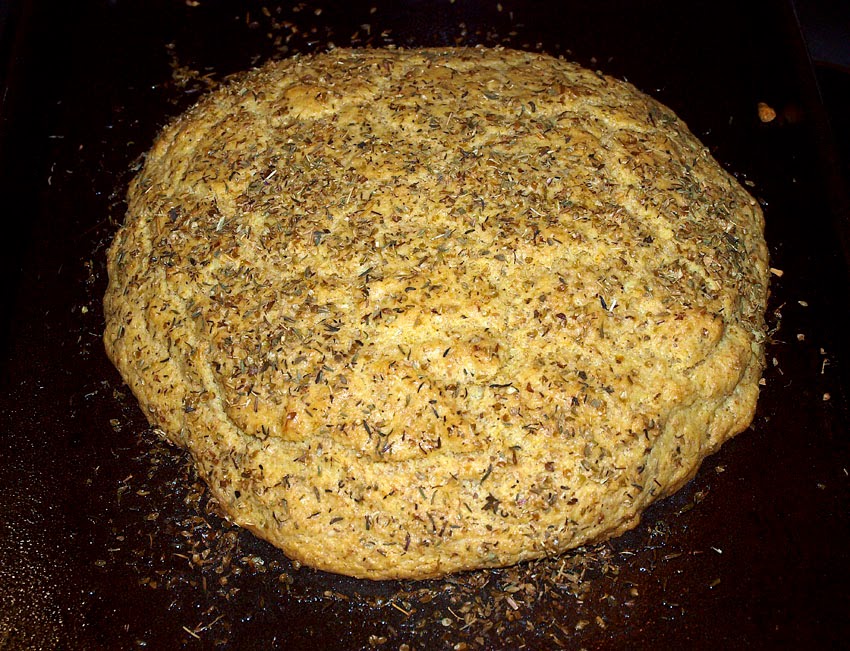 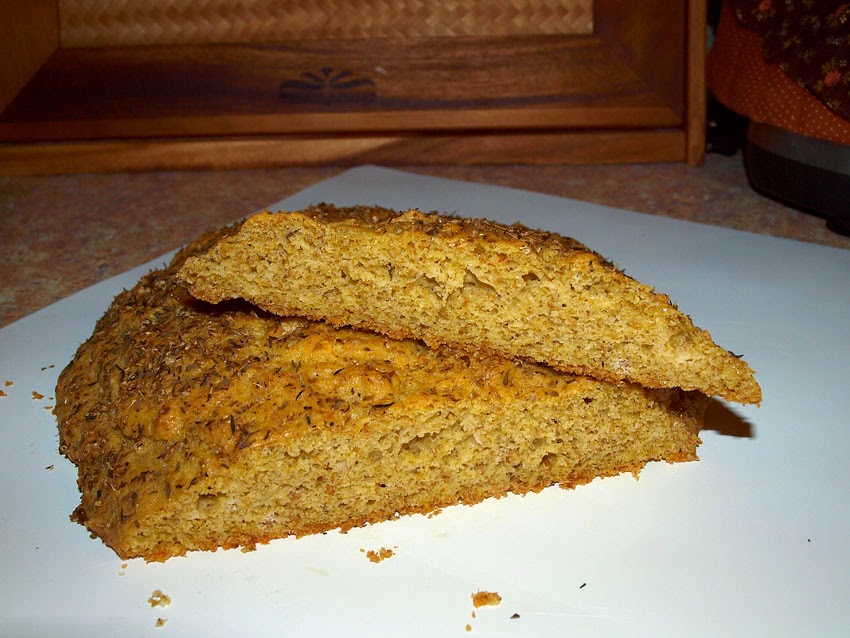