I think it was about a month ago that Sandman, he is a fellow LTBBQ member and runs a carry out close to me, said he got some beef from a supplier at a great price. He showed me one all cyropacked and frozen. He asked if I wanted one; it was less than $2 a pound. I said yes and it was just 10 pounds. He said the salesman said it was ball tip steak, but didn’t look like it to me.
He thawed his out and used it. He said it was flank steak and I would probably have 4 or 5 in my pack.

I got mine out Monday afternoon to thaw in the fridge. Tuesday afternoon my hip and leg was bothering me. Wednesday I could hardly walk and should have put the beef back in the freezer but it was getting thawed and hated to do that. I hoped my leg would be better today.

I had been thinking about what I would do to fix 4 or 5 flank steaks, there are just the wife and me. Our son and grandson eats beef but the daughter in law does not. I had figured I would season them, roll up and tie then do them on my Traeger smoker to an IT of 135 deg. I could vacuum seal and freeze them for fixing later.

When I opened my pack this morning I had 4 large flank steaks and a small one that was thicker. I had some Whistle Stop marinade I wanted to try so it would be good on the small one and set in the fridge overnight. I will grill it for tomorrow night’s supper.

I decided to season the other ones, one with Tim’s Top Secret, one with Savor’s Savor-All, and one with just salt pepper and some dried garlic flakes. The other one I would do as an Italian braciola. I looked at several recipes and liked the one from Food52 that included the Italian cured meats but I settled for a simpler one. I seasoned mine with salt and pepper, oregano, basil, thyme and dried garlic flakes. Then did a layer of shredded parmesan, Romano and Asiago cheese, some panko bread crumbs and drizzled olive oil over it. I rolled and tied it.

I trimmed all the steaks and pounded to an even thickness before seasoning and tying. I got them on the smoker a little after 2:00 on smoke mode about 190 deg. grill level.  After a half hour I started easing the temp up and figured on getting to 325 to 350 deg. grill level. At one hour I put a temp probe in the meat, I was surprised it was up to 125 deg. In another 10 minutes it was at 132 deg. I checked them all with a handheld and they were all form 135 to 140 deg.  I left the lid open and turned the smoker back to smoke mode; got my tray and removed them to the house to cool.

I let them set for a half hour and then covered well with plastic wrap and in the fridge. I did have to cut the end off of one for a taste test, good! I would have liked to have had some of the braciola for supper but I knew I would be too tired to fix something with it. Instead we had some great pizza from Sandman’s, pepperoni, bacon, green peppers and onions! It’s always good! 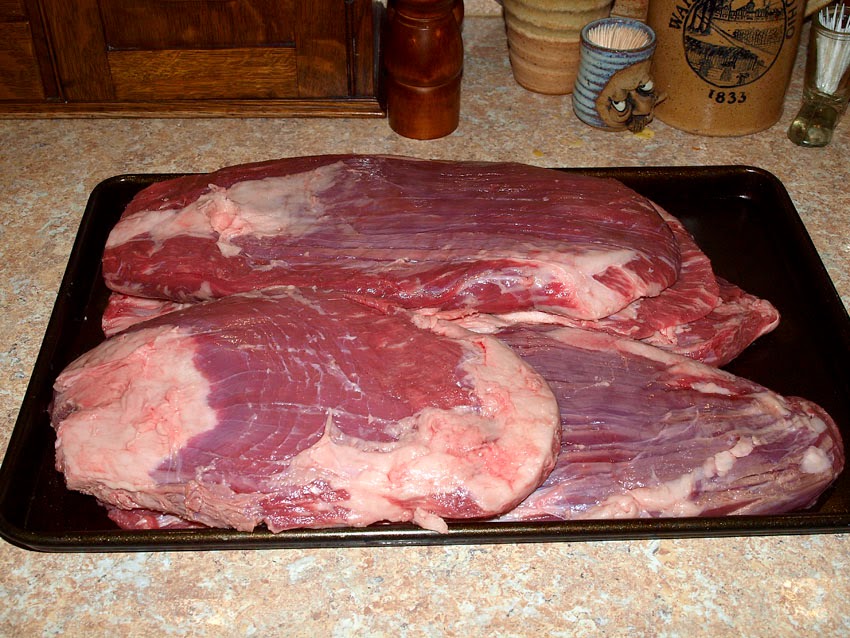 Pounded out and ready to season 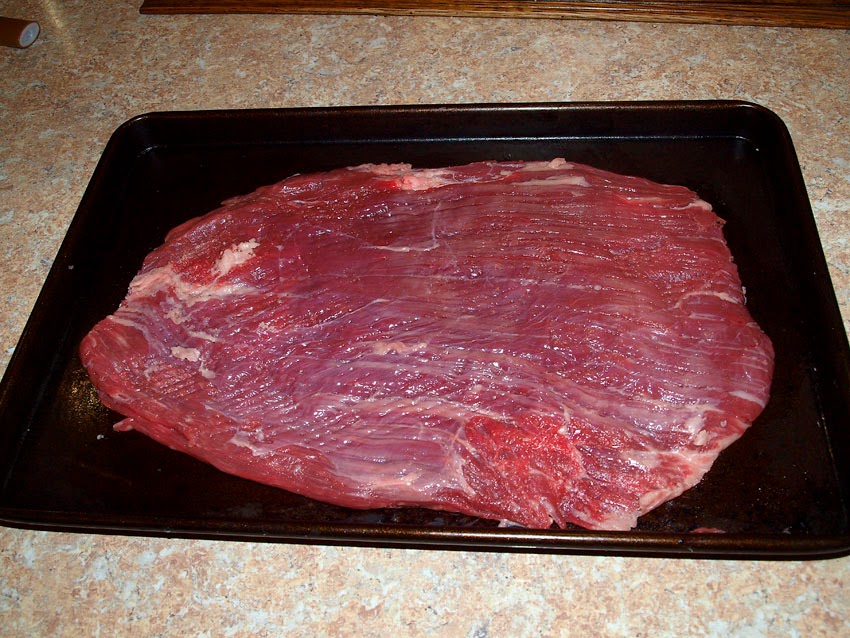 One seasoned, rolled and tied 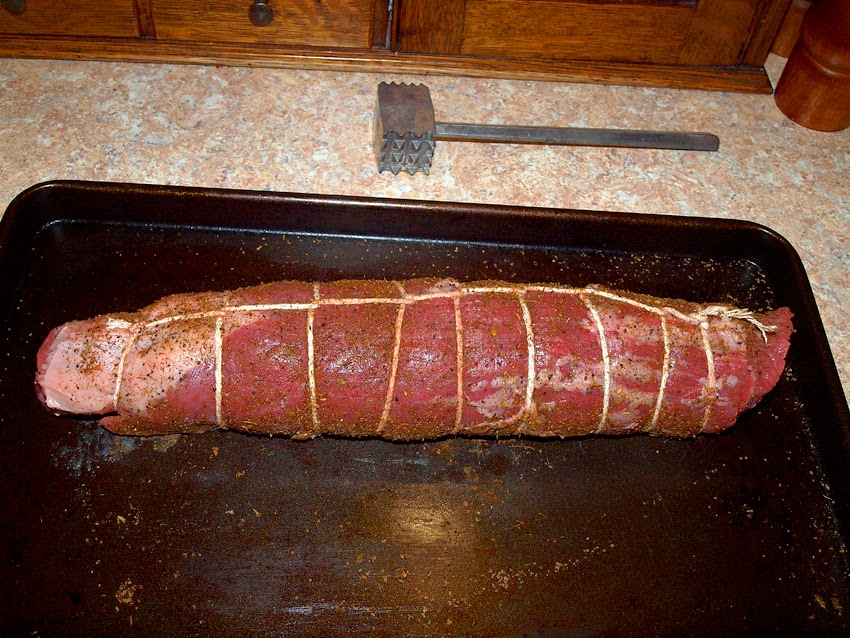 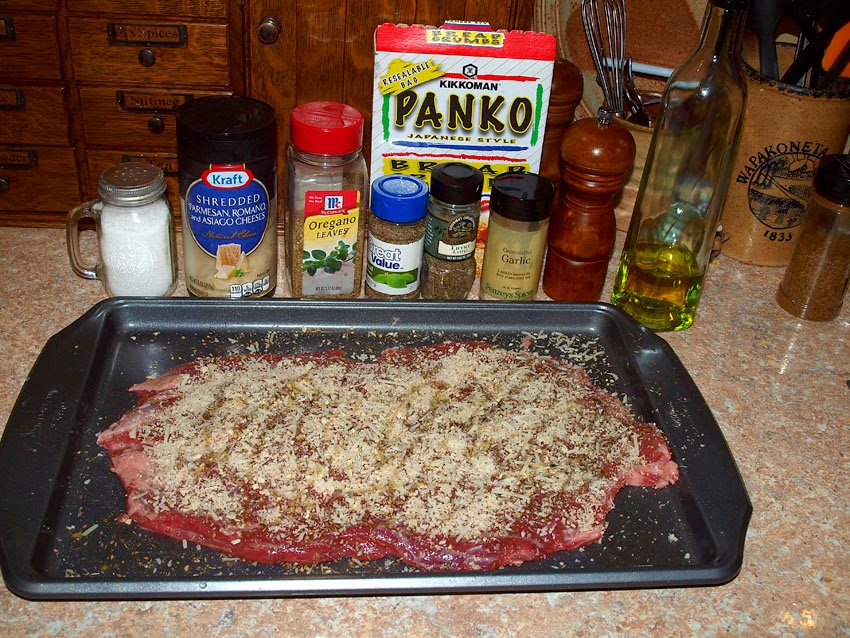 All ready for the smoker 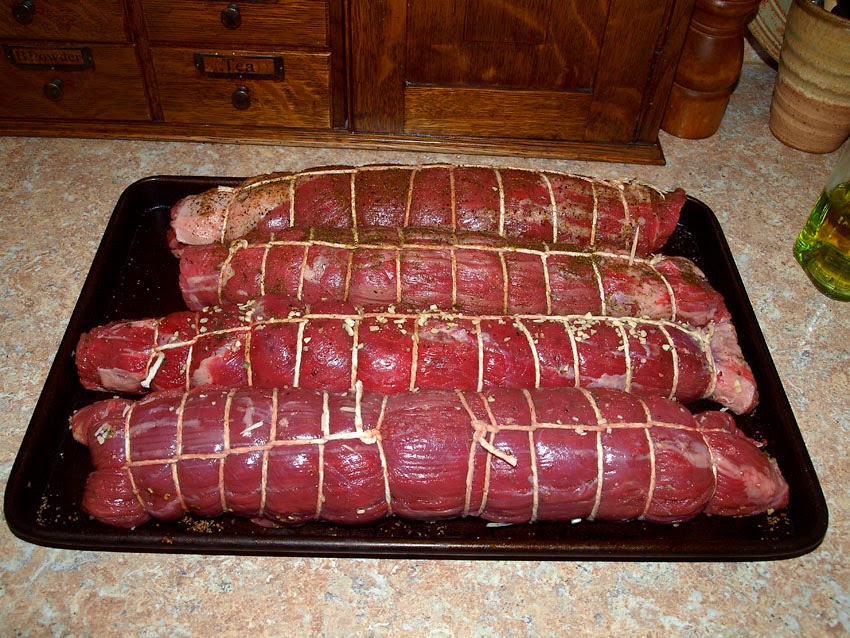 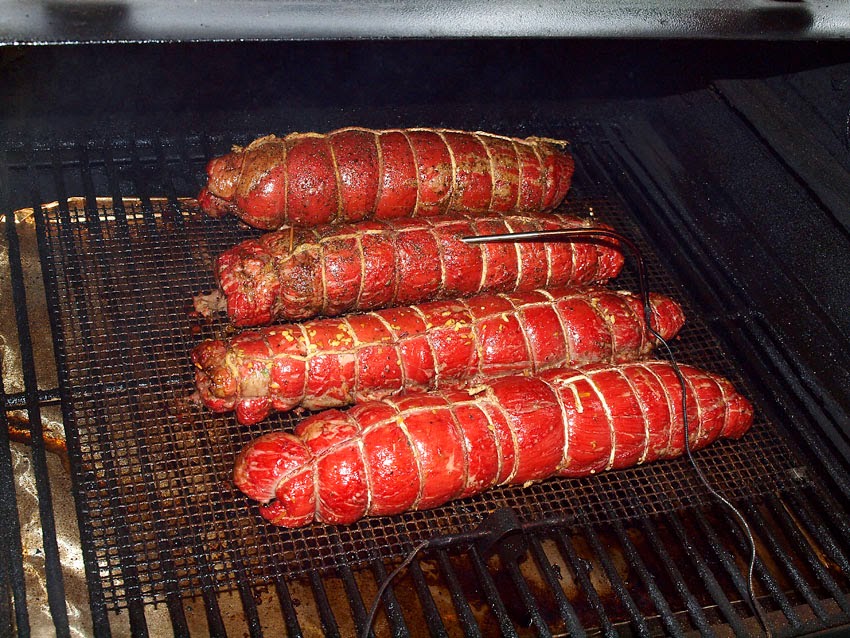 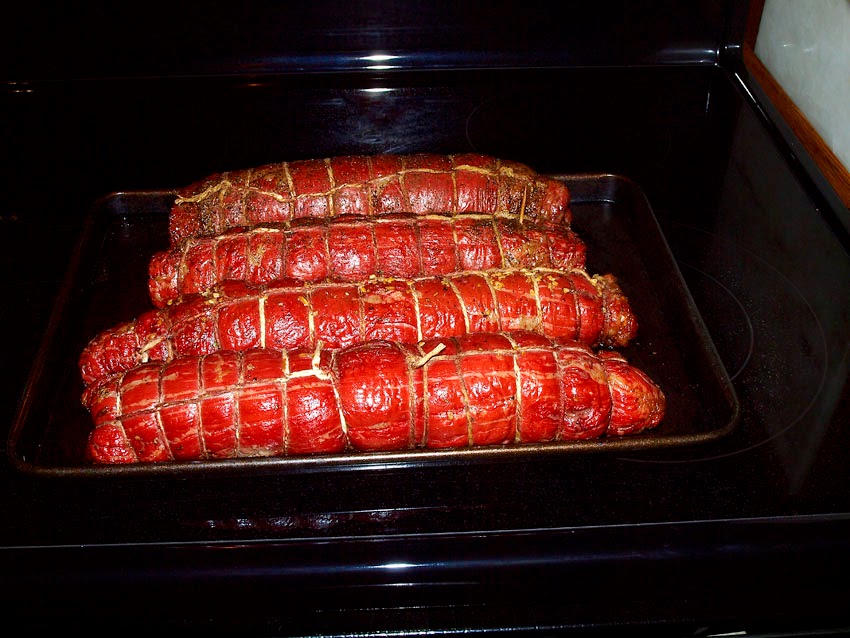 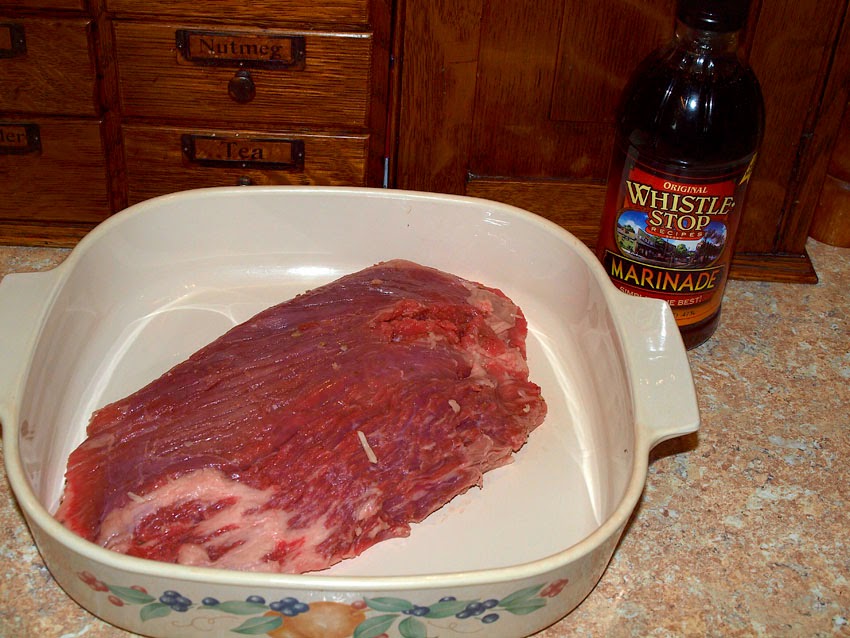