Tonight we had T-bone steaks with Tim’s, (from Savor Spices), Top Secret rub, seasoning. For my sides I would have some Spanish roasted potato salad, some frozen mushrooms I had and a sliced baguette with butter. The Top Secret rub is only available to LTBBQ members for testing for now. Use another of Savors rubs or your favorite steak seasoning.

It was a mostly cloudy but nice day today about 80 deg. About 2:00 I made up the potato salad. I sliced up a pound of yellow potatoes ¼ inch thick, coated with olive oil, salt and pepper and some Spanish smoked paprika. I roasted them in the oven at 400 deg. in a single layer on a cookie sheet. I turned them after 12 minutes and another 12 minutes they were done. After cooling they were dressed with mayonnaise, lemon juice, a little mustard and a little smoky horseradish sauce; then they went in the fridge.

The original recipe at Food52 called for Dijon mustard but I was out so did a teaspoon of yellow mustard and a half teaspoon of the horseradish sauce. I added the smoked paprika to the recipe.

The steaks were some I had bought over a week ago at $4.95 a pound and froze. I dry salt brined them using coarse grey sea salt on both sides. I placed them on a wire rack over a plate, loosely covered with plastic wrap and in the fridge for an hour. I then rinsed them well and dried well; back in the fridge loosely covered. It was about 2 hours later when I got them out, seasoned well on both sides with the Top Secret.

I think the dry brine really helps tenderize the steaks and helps them retain moisture. These steaks were ¾ inch thick and I just let them set one hour in the fridge with the salt. For thicker steaks I would let set for two hours.

I had set the potato salad out an hour to warm up some. I heated my Weber Spirit to 450 deg. with grill grates. I had the mushrooms in a wire basket and put them on for 2 minutes before the steaks. When I put the steaks on the sauce on the mushroom was causing a flare up so I pulled them and then they went back in on the warming rack the last 4 minutes. I did the steaks 4 minutes per side turning 90 deg. every two minutes. I let the steaks rest for 5 minutes before serving.

The steaks were done just right for us and we liked the Top Secret on them; it goes great with beef! I liked the potato salad for a different one but think I would like it better re-heated. 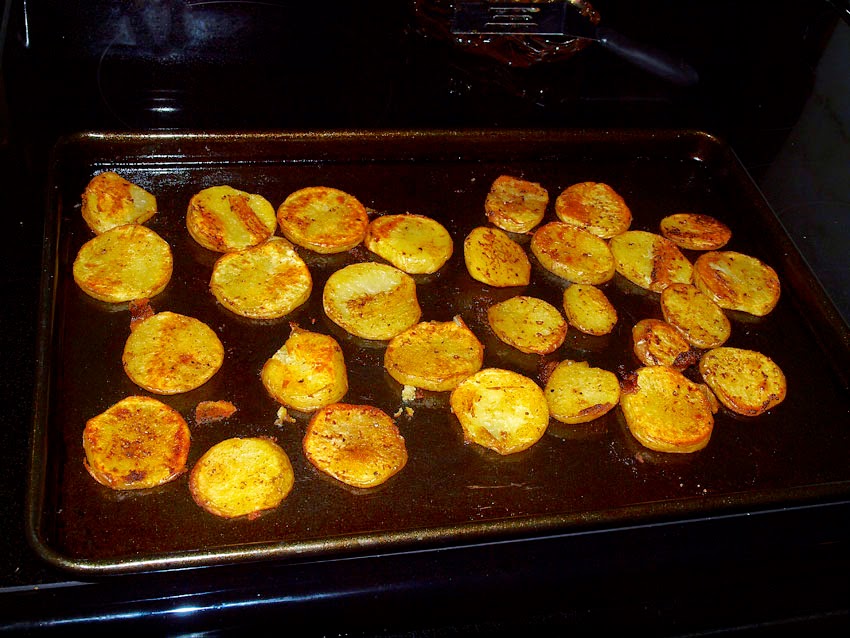 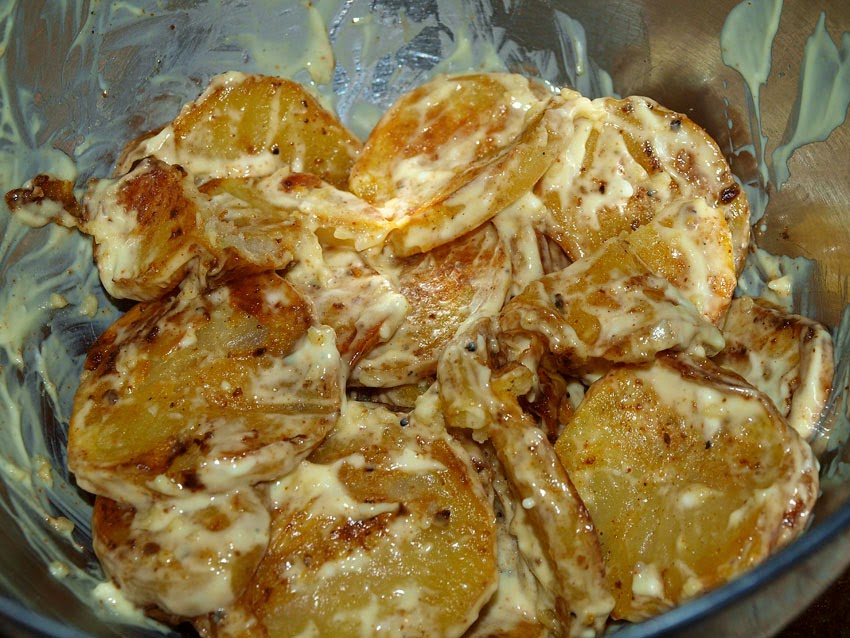 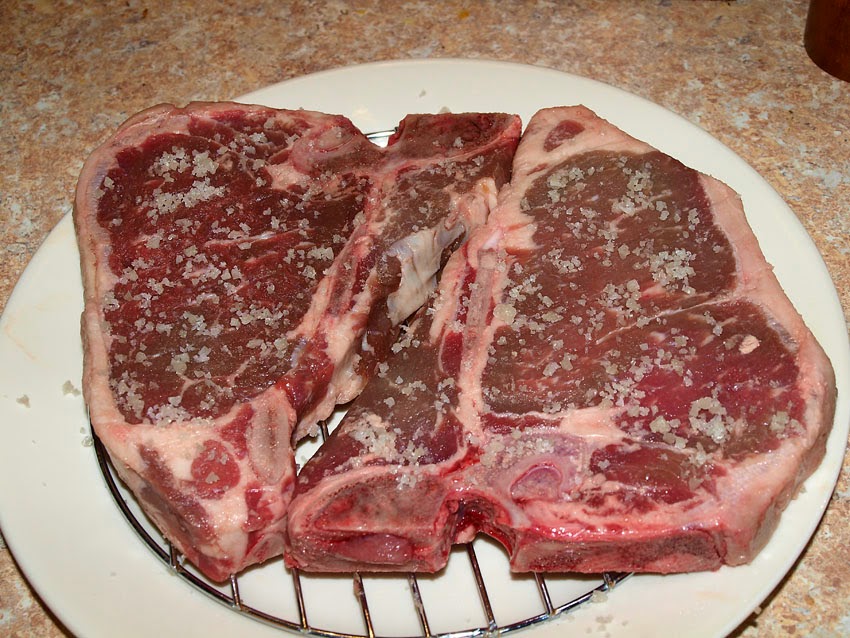 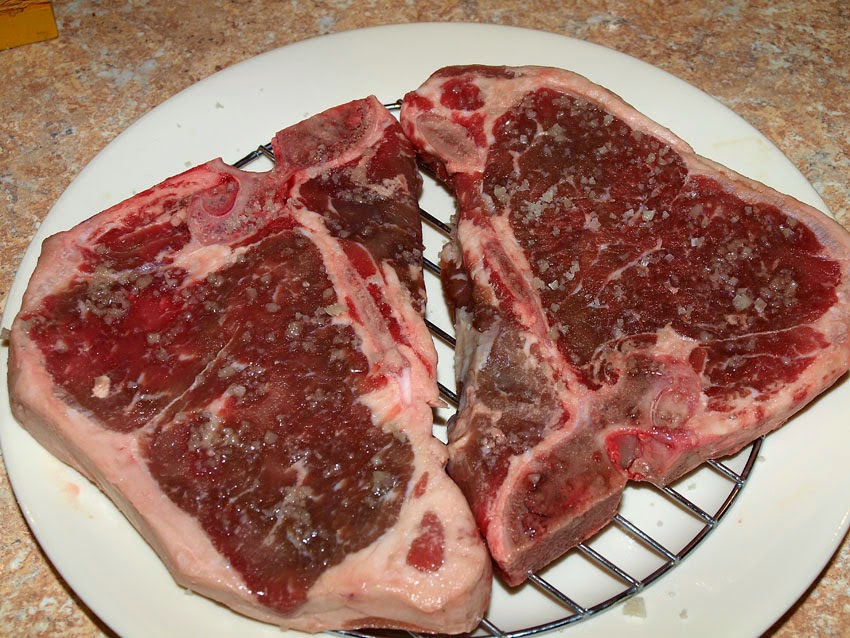 Rinsed dried and two hours in the fridge 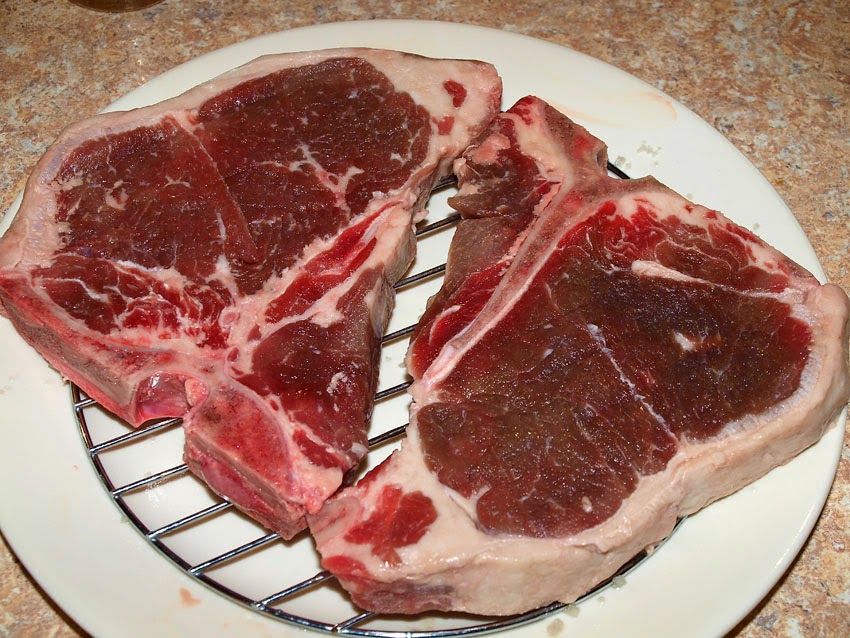 Seasoned and ready to grill 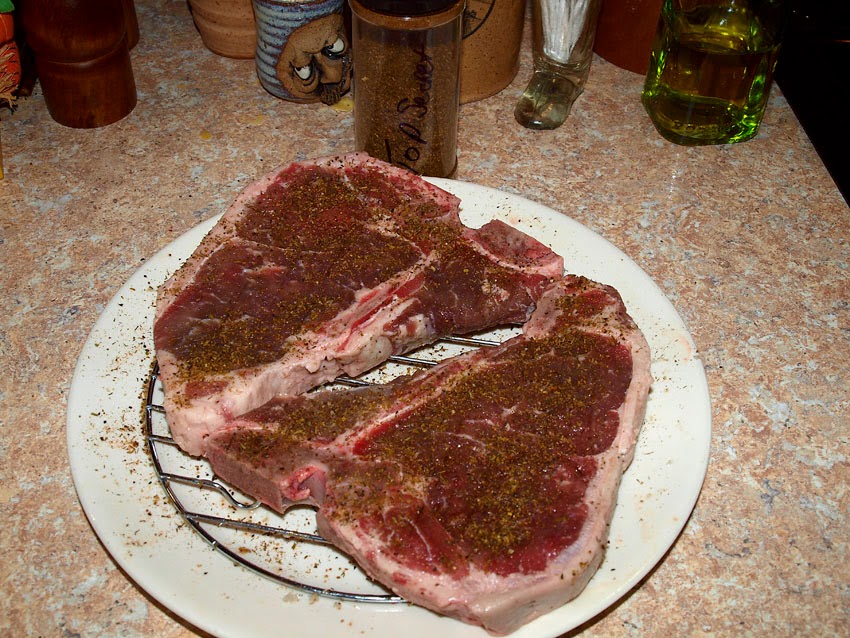 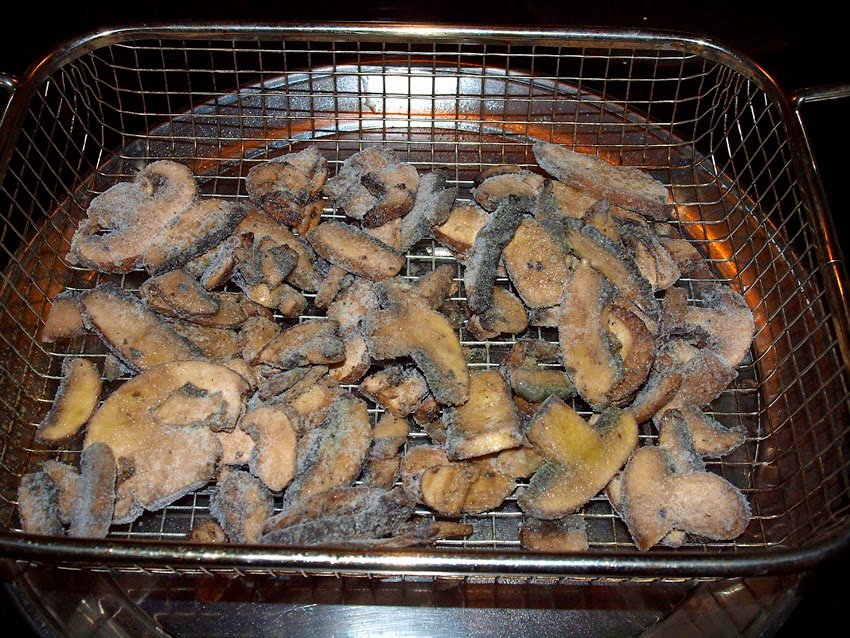 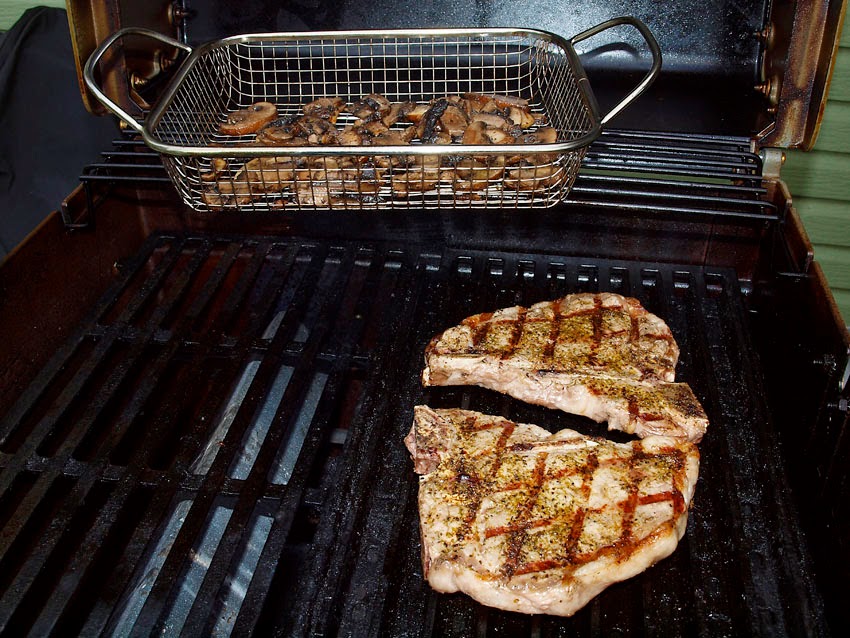 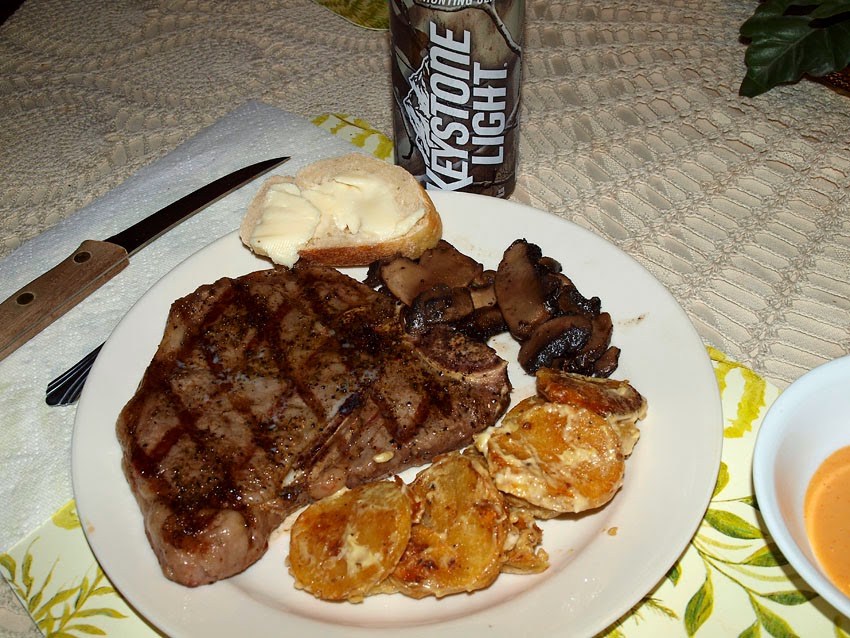 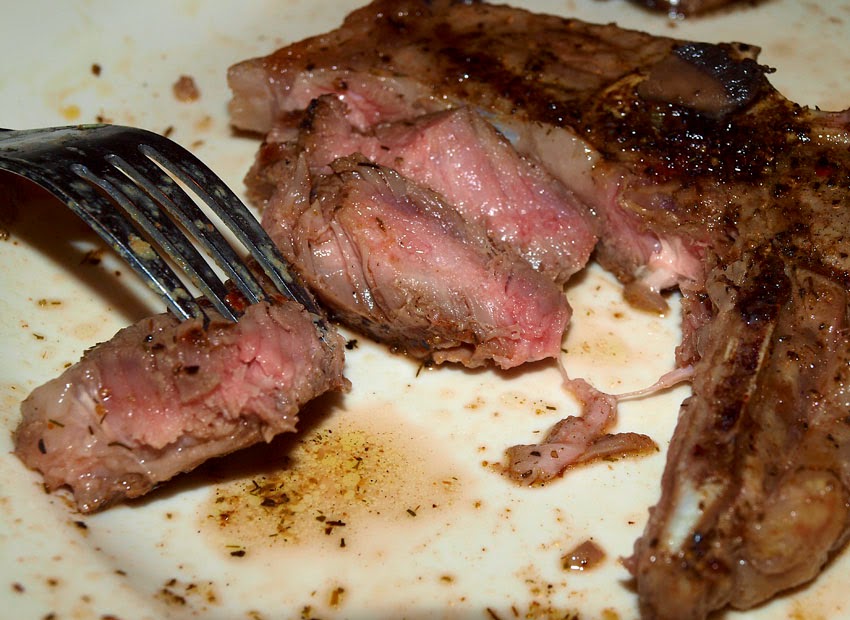