The other day when I bought chicken thighs for a meal I had to buy a pack of 12. I used 4 for that meal and next day Saturday I trimmed the rest and cooked on my Traeger to an IT of 170 deg.  Sunday I thought I would freeze them for later but I get an overload in my freezers too fast.  It’s cool here so told the wife I would use them and make some white chicken chili Monday.

I had some recipes I had done but wanted something different. I found one by the Neely’s on food network that sounded good to me. I adapted it to do in my Instant Pot and changed some of the ingredients.

I had bought some grilling cheese I wanted to try and thought it would be good with the chili. After my chili was ready and on warm hold I cut two slices of the cheese and fried on med. in a little olive oil. I did for 2 minutes and turned but was a little too soon so let them them go 3 minutes on the other side.

We both had some crushed tortilla chips and sour cream for topping the chili and the fried cheese. We both liked the chili and when my wife went for a second bowl she said I could eat another piece of cheese. I said sorry I could eat one too but too lazy to fry more! The fried cheese would go with about any soup and a lot of pasta dishes. To me this was one of the better tasting white chilies I have made.

Cooking method is in the recipe. 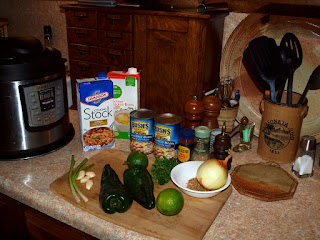 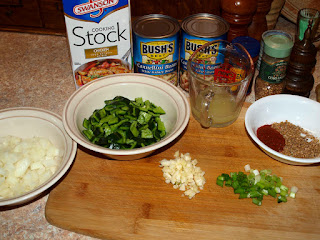 Onions, peppers and garlic in 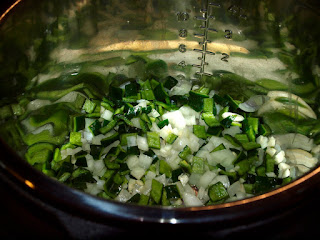 Chicken and seasoning in 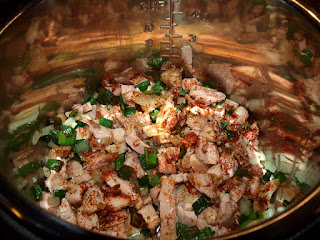 Broth and beans in & ready to serve 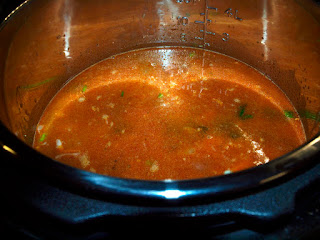 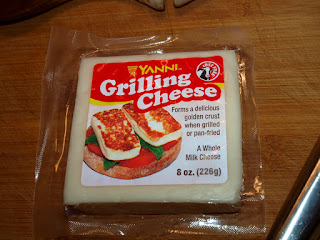 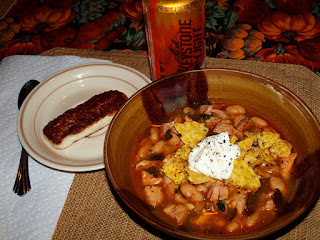