I never do strip steaks since they always seem tough to me. I wanted to try one Jaccarded. I got two from my butcher about ¾ pound each and about an inch thick. I would have twice baked potatoes and asparagus as sides. I had some garlic knots too.

I baked the potatoes early and scooped them out. I mixed 2 pats of butter, 2 Tbs. sour cream and about 1/3 cup of shredded Colby jack; mashed good and back in the shells.

I salted both sides of the steaks with kosher salt and on a rack in the fridge for a little salt cure for a couple of hours. My plan was to do the steaks on my Traeger at 200 deg. until an IT of 130 and then sear on my Weber Gas Grill.

I added a pat of gorgonzola chive butter to the steaks and let rest while I nuked the asparagus for 4 minutes. I had drizzled on some olive oil, white balsamic and some Penzey’s sandwich sprinkle. It was all pretty tasty.

The steaks were medium instead of the med. rare plus we like. They had nice color and the taste was better than I usually get. I had my grill grates too hot so will have to watch that in the future. I think the Jaccard helped but getting them medium hurt the tenderness I was looking for. 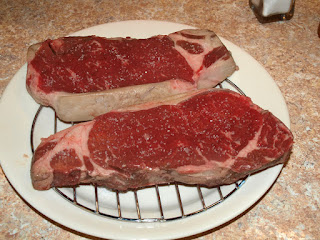 Getting the potatoes ready 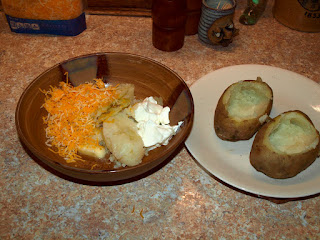 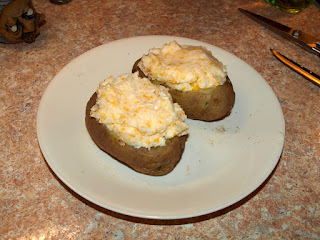 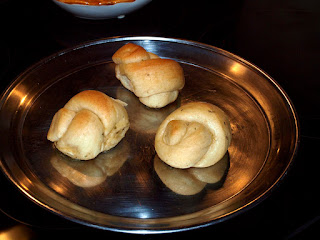 Steaks & Potatoes on the Traeger 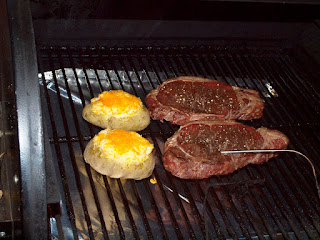 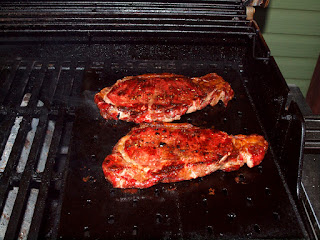 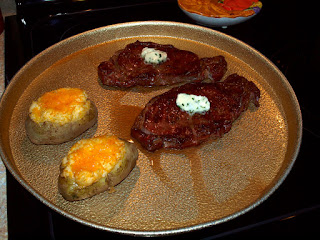 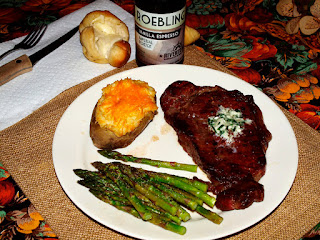