Like a kid with a new toy I am having fun cooking on my new kitchen range. It was cold for outdoor cooking anyway! I had planned chicken thighs, onions, carrots and potatoes with country gravy in my cast iron skillet.

I started off with making the country gravy, Pioneer brand and heated some lard in the skillet to brown the chicken. I browned the chicken seasoned with just salt and pepper on medium heat for 4 minutes per side then removed.

I added a chopped sweet onion until it started to brown then added some Dutch baby potatoes and carrots and let them go about 5 minutes.  I dumped the veggies in a colander to drain the grease; back in the skillet and added in the chicken and the gravy.

I had the convection oven heating to 350 deg. and as soon as it was hot I put the skillet in. This was at 6:17 so I figured I would check it at 6:45 to see what the temp of the chicken was. I had figured it might have to cook a little longer to get the thighs at 170 deg. IT. When I checked it it was 200 deg. IT; I was surprised since normally I would do chicken 45 minutes to 1 hour.

We had some toasted English muffins with it. The wife who doesn’t normally like thighs said the chicken is pretty good. I mashed up my potatoes and had gravy over. Note I went easy on the butter; but I had good gravy to sop up with it! 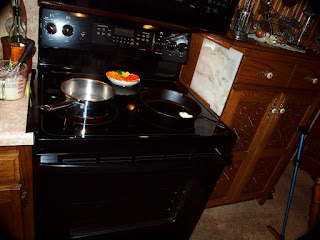 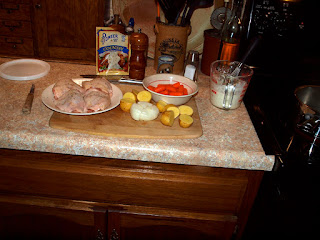 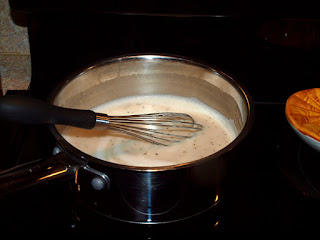 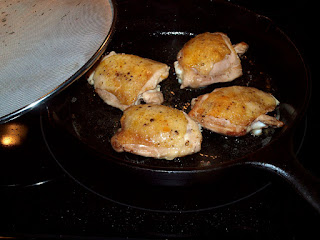 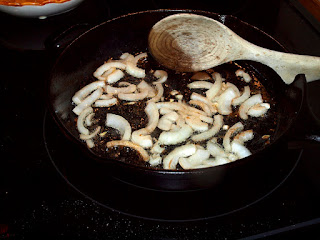 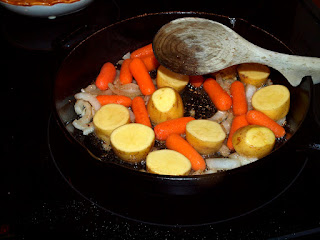 All in then poured the gravy over 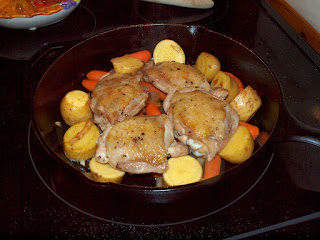 Done in my convection oven 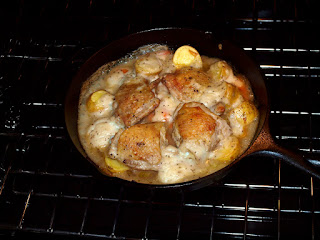 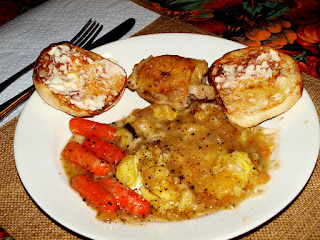